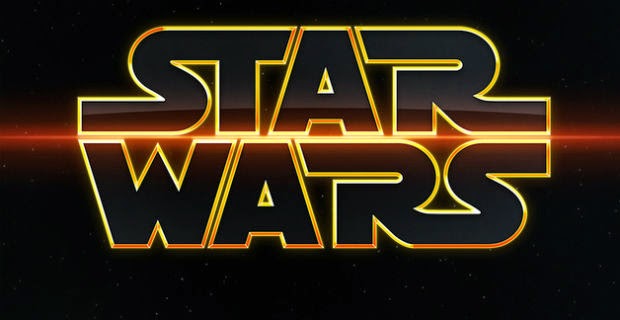 So yeah, I've never seen Star Wars. Yup, not a single one of George Lucas' well-known films. Now sure, as a reader, you're probably thinking how could this guy born in the eighties never see Star Wars? He must be living under a rock! One would assume that I would at least run into one of the films, right? Nope. Nada Zilch. Nevvvver!!!

Truth be told, sci-fi has never been my thing. It's always been that one genre I've had trouble really engaging in. Diving further in this pool of truth, I have never seen The Godfather either - any of them. Yes, yes, I know. I'll get around to that too. Bucket List 2015 is already forming.

Nevertheless, after a student-worker at my job who majored in film hyped up the film as one of the greatest cinematic pieces ever produced, I had to now watch it and vowed to do so this year, 2014. He equipped me with all I needed, a pseudo "Star Wars" starter kit I suppose, explaining the essentials as well as mapping out which movie to watch and how to proceed thereafter.


Because if you were like me and didn't know that IV is the first one, followed by V, and VI in the first trilogy, and I, II, and III were made after VI, and are prequels to IV, V, and IV, then you would be lost. Got it? Plus, he threw out the closing argument in his pitch - "you have quite the imagination, I think you'd really like it, or knowing your humor, you would find it hilarious".

Ironically, on a day I decided to get sick in the middle of summer (who does that, right?), I plopped my self down on the couch and did something I thought I would never do (and later type), I loaded up Star Wars to watch. As the synonymous Star Warsy theme song began with the opening credits, I felt awkward, almost embarrassed that someone may walk in and see me watching this...this...well, this! I felt like if I watched too intently I would become one of those guys - you know, those guys - who will be dressed up like Obi-Wan Kenobi or R2D2 at this year's Comic-Con.

Nope. Because if I did, I would definitely be Han Solo. Say what?!

Because quite frankly, I enjoyed Star Wars. After getting past the unusual-ness, the overall story is interesting, and the creativeness and the imagination it does expand for the viewer is not only just inviting, but very attractive. And for a film made in 1977, the graphics and scenery is very, very good.

Of course, there are some ultra cheesy scenes, moments where I laughed which die hards surely would condemn me for, but ultimately, I enjoyed it.

The characters are shockingly relatable and really distinct. In my eyes, Han Solo is the man. He was the coolest character (besides Darth Vader, of course...I've always loved the heels) by far in the film. As for the others, who doesn't want a loyal friend like Chewbacca? R2D2 and C3PO are awesome. Obi-Wan Kenobi is a boss with all that jedi-mind trick mojo and "using the force" stuff. And finally, Luke Skywalker is annoying. Sorry, the dude is sort of obnoxious. At least the jive I got from the first film. Just my opinion.

Nonetheless, I'm glad I finally got around to watching Star Wars, breaking my self bounded ban on sci-fi, and the unintentional freeze on the film. It now feels good to really understand many of the pop-culture references that derive from the film. Look at that, decades later, I'm part of the cool crowd. The in-crowd. I've seen, enjoyed, and look forward to seeing more Star Wars. Who would've (ever) thought?