Never have I ever been to the Pacific Northwest. Ever. But hey, there is always a first time. Hence why, visiting Seattle makes the bucket list posting. And after spending three adventurous and exploratory days, I came to appreciate the beauty of the city, and what makes it so special. With all of that said, here are some quick thoughts on Seattle:

- As I said before, Seattle is beautiful. The landscape of the region is fantastic from the mountains, to the water, to the tremendous amounts of trees that cover the city. I can't say it enough, the region, the city, and the entire area is absolutely fantastic.

- Following up on the prior thought, is that of Mount Rainier. The idea that this vast mountain hangs over the city, and can be seen in the landscape and the horizon is majestic. Easily, one of my favorite parts of the city.


- The civic pride in Seattle is awesome. The support and pride they have for the town, and of course, their sports teams is infectious. You cannot go anywhere around Seattle with out spotting anything that is Seahawks/Sounders/Mariners-related. And yes, they thoroughly miss their Supersonics.

- Compost is a real and serious thing in Seattle. And with such a green conscious effort in the city comes a super clean city.

- There are lots, and lots, and lots of homeless people in the city. It's especially depressing when you see many young people living on the street - more so when they are obviously on drugs. 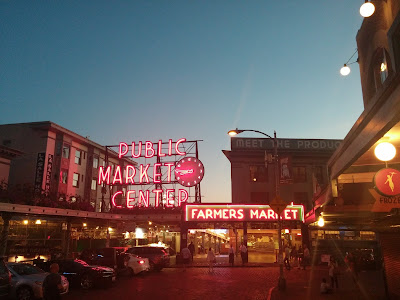 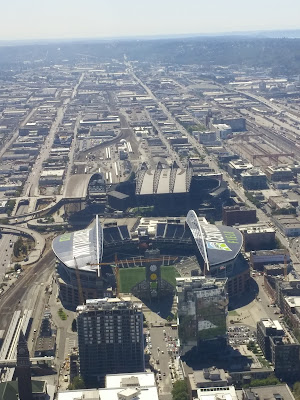 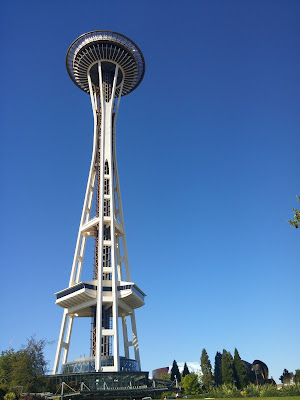 - Seattle might be one of the best walking cities I've ever been in. It's so easy to navigate, and worth taking the venture to get wherever the destination is.

- Seattle has plenty of great places to eat.

- My research called Seattle the second most educated city in the nation. This might sound weird, but from being there, you definitely the vibe. Seattle is filled with plenty of young, creative, minds.

- Finally, Seattle is filled with tons and tons of great places to eat.