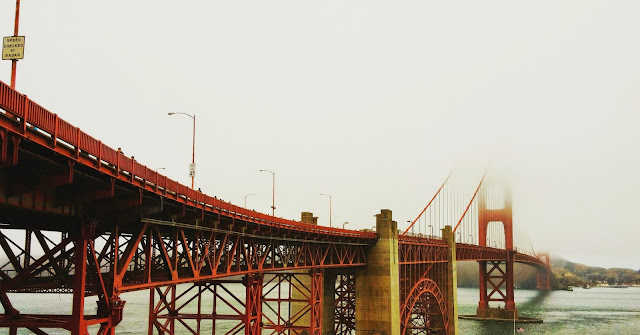 Well, if you haven't figured it out by now, the tag team partner and I are on a West Coast trip that is serving as our well-deserved, and very much needed, vacation. After spending three days in Seattle, we hopped aboard a Virgin America flight to San Francisco. Sorry, Portland, we'll have to get you another time.

Also, if you've never had a flight aboard Virgin America, I would recommend you do so. Everything about the airlines is completely different than the others. From the staff wearing t-shirts, to the mood lighting on the plane, right down to the music video for your safety precautions, everything screams "we're so hip" about this airline.

With all of that said, here are some quick tidbits on San Francisco, California:


- The weather! The freakin' weather! I'm sure you've heard about it already, but San Francisco's weather is nuts. Its hot. It's cold. It's windy. It's even colder. Wait...it's warming up, but bring a jacket. Everyday on this peninsula is a whirlwind. Ultimately, Frisco's weather is mid 50's in the morning, mid seventies for a few hours during the day, and if you happen to be out on the town for the night like we were, high 40's. Honestly, because of this, I really can't live in San Francisco.

- The Golden Gate Bridge is absolutely awesome. It's just fantastic. It really is. The location on Baker Beach just under the bridge is now one of my favorite locations in the world. My favorite part of Frisco for sure.

- San Fran is really big. It's an interesting city in many aspects for it's diverse districts, but even more so for ow different those districts are. It's a bit reminiscent to New York City's neighborhoods. How the each area can change from style, to class, to wealth, to overall feel. So interesting. 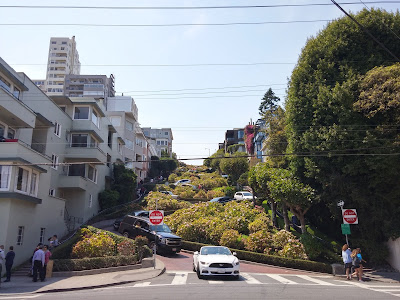 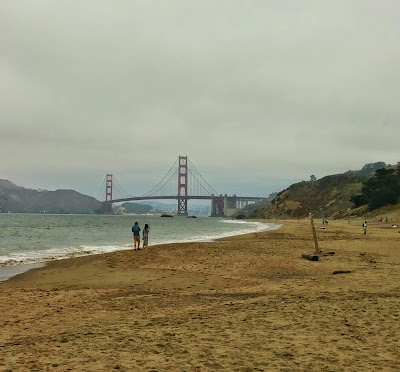 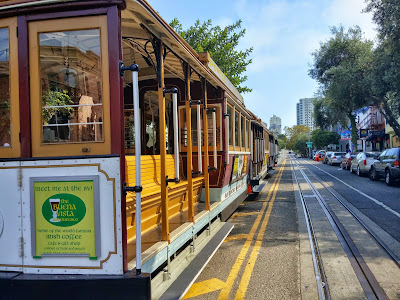 - Much like Seattle, homelessness is a serious problem in San Francisco. It's so sad. It actually has the highest rate of homelessness in the United States (of course, Seattle was second). If it's not through gentrification, it's through other factors that are obvious, such as substance abuse. While walking through the mission district, we saw a homeless man carry a crack vile, and inject himself in broad daylight around dozens of tourists. Again, a sad and serious situation.

- San Francisco is diverse. I'm usually drawn to areas that carry diversity, which are typically the areas that have character. Just my personal opinion.

- The seven painted ladies are overrated. Sorry, they are. They are great looking Victorian homes, but that's about it.

- San Francisco loves their Giants and Warriors. And really, can you blame them?

- Finally, it's a super expensive city. More so than New York City. Everything from food to homes is just off the charts.

- Public transportation is super easy to use. From the buses to the cable cars, getting around San Fran isn't difficult at all.