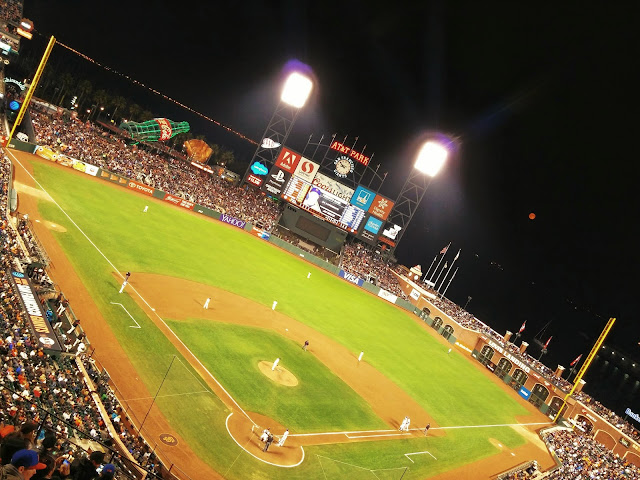 So I finally got to AT&T Park. Widely held as one of the crown jewels in Major League Baseball, this ballpark was among the many on my bucket list to visit. Honestly, it was at the top of the list. After visiting staying in San Francisco for three days in a long two-week West Coast trip, AT&T was a must, and I did it.

Luckily, my ticket on this very day gave me the pitching matchup of Madison Bumgarner vs. Jacob deGrom and all the goodness that comes with that match up. Besides, that bunch of goodness, AT&T Park lived up to the hype.
First, the park is as charming as they come. It's attractiveness is so obvious from the right field brick wall and the bay/walkway behind it, to the intimacy of the seats within the stadium. The feel of the park is very old school, similar to that of Fenway and Wrigley, which is it's best characteristic.

By the way, the section beyond the right field wall is awesome. Great for standing room, and great for having a beer or two prior to the game while overlooking the cove. 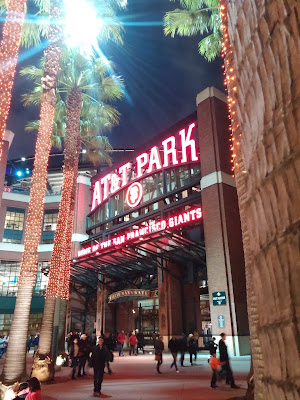 As is San Francisco, AT&T is cold and windy for night games. It now makes sense to see everyone in hoodies and ski caps during August games on television.

A major con on the list for AT&T Park is the scoreboard. Compared to other parks, finding the much needed information in this era is difficult, and for most of the game, things were all sorts of wacky on the board. We're talking incorrect lineups, wrong inning, and frozen counts - you know, the essentials for a baseball game. In fact, when it was, a few locals mentioned that the messed up board was a common thing. Not a good look.

All in all, AT&T Park is a great ballpark to catch a game. Retro, but modern, all in the same time, which makes it so highly regarded.