Thoughts on the 2017 Baseball Hall of Fame Ballot 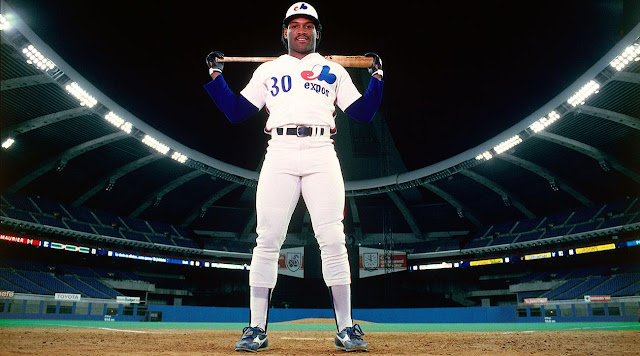 Another year, another Hall of Fame class decided, and as always, there are all sorts of eyebrow raising shenanigans going on with it. Of course, this is all my point of view, the way everyone else has an opinion and viewpoint whenever these results are revealed in January.

First, let me say congrats to Jeff Bagwell, Tim Raines, and Ivan Rodriguez. All of them are tremendous players, none carries any doubt of their legitimacy for the Hall of Fame. Just tremendous ball players who deserve the day they have coming to them in Cooperstown in July. I'm actually super stoked for Raines, who was such a complete player.


But of course, this year's results have all sorts of head scratchers, most notably, surrounding the always-popular-steroid discussion. I'll air my grievances as such:

- We need to come to a consensus on the feeling of PED use/suspicion. Jeff Bagwell, who had "whispers" around him using PEDs, similar to that of Mike Piazza, got in, yet, Barry Bonds and Roger Clemens remain on this pseudo-punishment-waiting-list? I'm not sure the message being sent here.

- And as always, my belief is that it isn't a Hall of Fame if Bonds ain't in it. I know that's not popular among fans, but Barry Bonds is the greatest player of my lifetime. The dude was insane.

- Speaking of PED's, how in the world of worlds (of all of the worlds), does Manny Ramirez muster  a vote of 23.8%? WHAT?! Ramirez was busted twice - TWICE - for PED use, and we're talking AFTER it was frowned upon to be juicing. So baffling.

- Ditto the same type of sentiment for those who punched tabs for Jason Varitek and Edgar Renteria. But, some of these writers will tell you about the integrity of their vote and how they take their selection seriously.

If my logic adds up, it doesn't matter if you have whispers of PED usage, or that you in fact failed multiple PED tests, you just can't be well...I have no idea. Apparently you just can't be Barry Bonds or Roger Clemens. And if you are, that just sucks for you.

- On a brighter note, it seems Trevor Hoffman will get his call next year. As evident from this blog, I'm partial to my relief brethrens, and Hoffman deserves it. It's a shame that Lee Smith couldn't get the same amount of support to get in.

As you can imagine, I can't wait for Mariano Rivera to go in. I'll have to make the trip to Cooperstown for that. And yes, I also can't wait to see the writers (now that ballots are available to the public) who decided he wasn't worthy of their selection. You know it will happen. Because Babe Ruth didn't get...yada yada yada.

- The whole "DHs don't deserve to be in the Hall of Fame" narrative is so tired. The hypocrisy is so strong when guys get in the Hall of Fame based on their defensive ability, yet, somehow, there is this backlash over one of the best right handed hitters not getting in because he filled a legal position created by baseball. Add another "unwritten rule of baseball" that is ridiculous.

- I hope Moose gets in someday. He is one of my favorite pitchers of all-time. Really, really enjoyed Mussina on the bump.

- Speaking of favorites, Gary Sheffield is a tremendously underrated player. Check the numbers. And take a look at his versatility as a player.

- Vlad Guerrero was robbed. He's first ballot material. I'll leave it at that.

- And finally, I absolutely love how passionate baseball fans are when it comes to the Hall of Fame. It carries so much honor and prestige, especially in comparison to the other sports. Despite all of the opinions, arguments, emotions, and cynicism that comes with the election process, people care, and for the game of baseball, that's very, very cool.

Looking forward to future Hall of Fame debates to come.