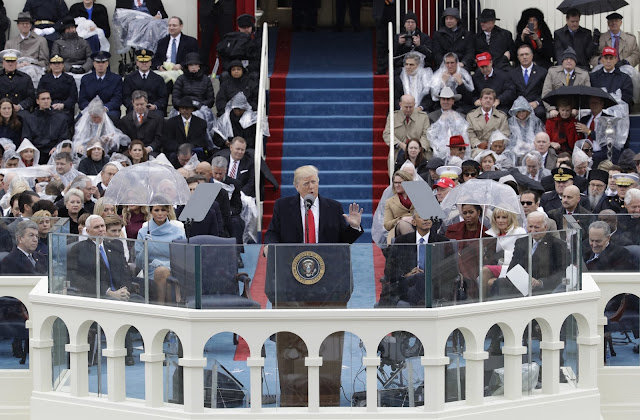 It's rare that I use a GIF to accurately describe how I'm feeling, or as the kids say, "mood right now", but that's exactly what I had to do this weekend. Just check the Twitter feed. Of course, after much of the hyper-politicized atmosphere that was 2016 began to mellow as the calendar turned, all of it erupted once again this weekend when Donald J. Trump officially became the 45th President of the United States.

Now, if you're expecting a verbal backlash, or some rant on President Trump, I'm sorry, this post won't be that. I've already been there, moved on, and am attempting to not start this calendar year with the political unrest and rage that I carried in 2016. Or at least, maybe, I'm saving it for when the time calls for it.

My issues with Trump are short and sweet, but effective - I have a deep passion for social justice and educational equality. If you're a longtime follower of this little blog, or if you know me personally, and you know my past, you are well aware of my passion for those two topics, and why they exist. Both are very big reasons I do not find solace in Trump as the leader of our country.

And I'll leave the appointing of Betsy DeVos as Education secretary as is. It annoys (and insults) me tremendously as an advocate for educational equality and as a higher learning professional. Also as stated, I'm trying to chill out coming off of 2016.


With that said, this weekend brought about several new layers to the political forefront. And it's been a traditional, monumental, and overwhelmingly emotional past couple of days. Here are some quick thoughts on it all:

- Inauguration day felt really, really awkward. I'm sure that's because of my previously stated stance, but I'm sure many - those who elected him - were elated to see history made. For me, it wasn't a bad kind of feeling, just one that was surreal. I once laughed off his bid for Presidency as I sat in a hotel in Chicago, and then, there I was, working from home, slumped over on my couch, trying to make sense of how this all happened. And of course, trying to understand why this all happened. I'm sure, many are right there with me.

- Props to President Trump on his inauguration speech. It was surely unconventional, which is everything he has been and is, but it was effective and probably his best speech I've heard him deliver. He was poised, concise, stuck to his agenda, and delivered rhetoric to those who brought him to the dance. Well done.

His mantra of "America First" was clear and in some ways, refreshing to hear. Especially, in a time where there are indeed issues that need to be fixed here at home.

On the other hand, I was disappointed to hear him continue to go with the fear mongering, with adjectives like, "carnage" to describe America today. Regardless, it was as "Presidential" as Trump has been yet, and his speech - I thought - was again, well done.

- By the way, I absolutely despise the phrase, "Make America Great Again." Actually, I haven't met another person of color, or any underrepresented person, who is fond of the phrase. It's the type of slogan that evokes white privilege. But, whatevs. That's America. 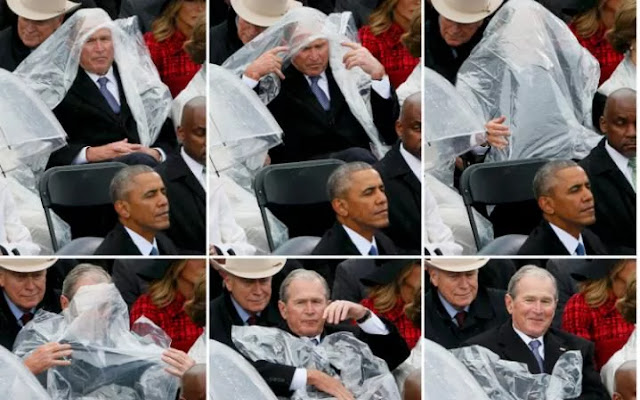 - Yo, President Bush and the poncho was so entertaining. Don't change, George. Don't ever change.

- The entire ordeal over the size of the crowd at the inauguration is rather stupid. Who cares how many people attended the event?! On one side, those who are pushing this narrative need to find less petty ways to deal with the Trump Presidency. On the other hand, the Trump administration ordering the Park Service to cease using the picture comparing Obama's 2009 inauguration and this year's inauguration while also lashing out at the media to stop using the comparison is just as petty, and really, borders on some real totalitarian stuff. In fact, for Trump himself to claim there were more than a million there is just as petty. Are we really going to do this for four years?

- Speaking of pettiness, both CNN and FOX News have been ramping up the ridiculousness this weekend. I love when both stations - and for that matter, both sides of the aisle and it's supporters - blame "the mainstream media". As if FOX and CNN aren't the mainstream media who drives content and that both sides don't produce slanted perspectives.

- As for awesomeness, I thoroughly enjoyed watching women worldwide come together to protest oppressive systems and to bring awareness for Women's issues, which really are, human rights issues. Not the focus group lens used from government and within society as well. 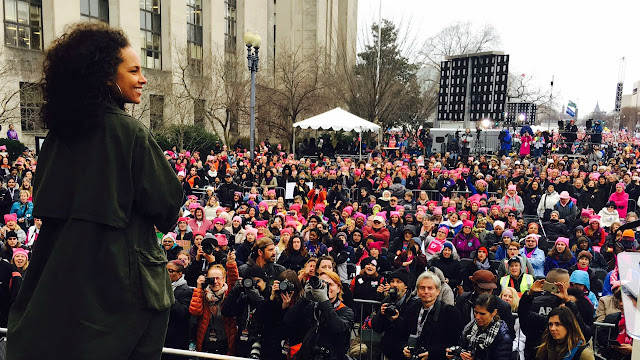 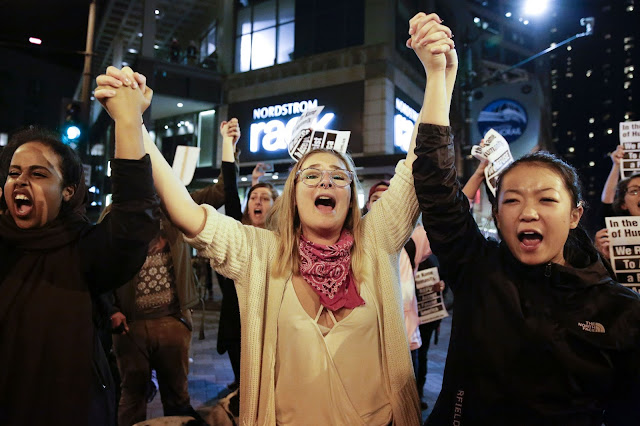 Ultimately, today's occurrences made me think of the several different "Americas" that exist within our country. Looking at photos and videos of the many who I know who joined the movement, especially some of my students - in several different cities - made me proud that there are many who have the passion and inspiration to truly make a change.

And then, there were the Facebook comments and posts from the many who I attended college with (a PWI) who made remarks (that I rather not repeat) towards the men and women who joined together today. Privilege really is a powerful thing when you are blind to it.

- Finally, the divide that lies in America after this weekend is even more expansive and wider than it was prior to the Presidential election. We're only two days into this whole new America, and it's already been interesting. Yup, SMH.