February 20, 2017
So yeah, part of what inspired me to start doing these was in fact my infatuation with All-Star Games because of the unique gear and aesthetics that came with them. While the 2017 NBA All-Star Game (really, the entire weekend) was a complete dud, a few things did catch my eye. Of course, the game itself did garner the highest ratings since 2013 - go figure. No, that's legit. But hey, what do I know? I guess people really do like watching that display of "basketball".


Anyway, sorry, back to what caught my eye this weekend. As always, I'm willing to share. 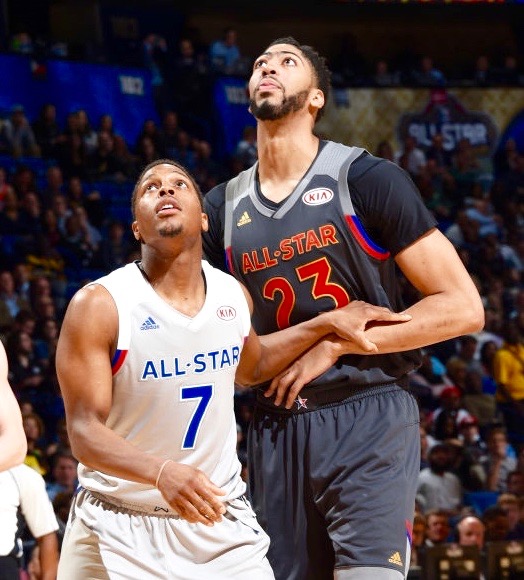 First thing is first. What was up with these jerseys? I understand the game was moved from Charlotte to New Orleans and likely all plans were scrapped, but come on! These jerseys were lame, boring, and quite frankly, failed to take advantage of the aura that was New Orleans. Shame on you Adidas. 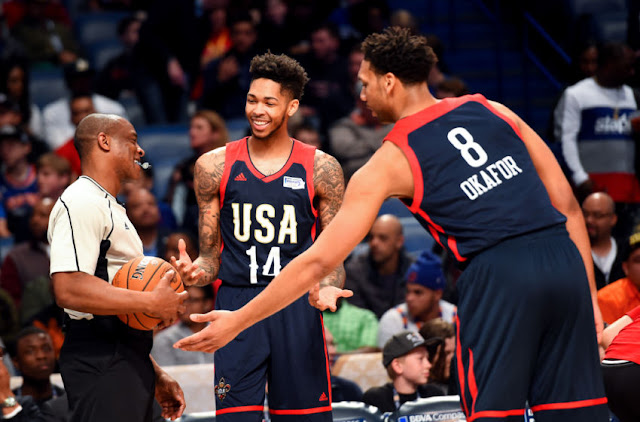 Of course, Adidas showed it's Mr. Hyde side with these beauties. Taken from the Pelicans jerseys, there was just something about the blue with red trim, and the "USA" in the Pelican-style font that is just awesome. Quite frankly, I would love if these were our national jerseys. Also, the subtle number font with the names placed below them was nice. 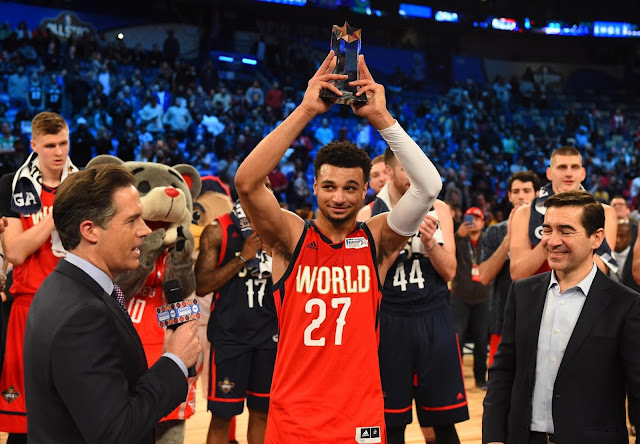 But for some reason, as much as I love the "USA" jerseys, the World jerseys were a tad better. So dope. Well done Adidas.

Come to think of it, why not just slap "All-Star" on these same jerseys (reds for the west, and blues for East) for the All-Star Game? 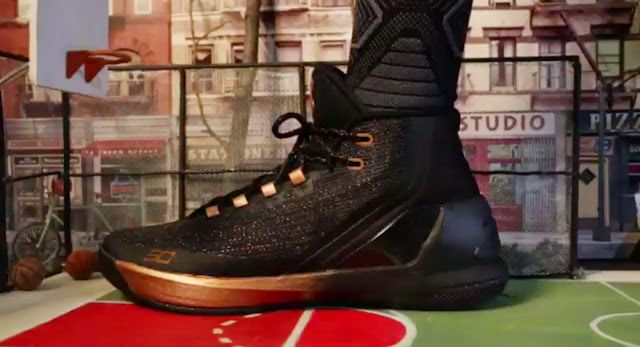 There are also the kicks. I'm not a huge Under Armour footwear guy, but the Curry 1's were pretty dope (Let's pretend those dad-like sequels didn't exist). Anyway, something about how UA used the knit fabric at the top with the gold trim makes for a pretty cool sneaker. 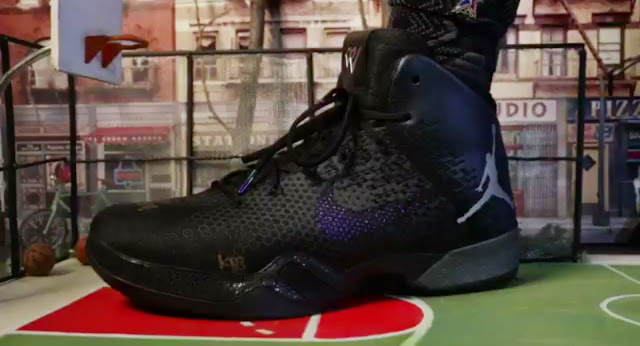 I still believe the best J's have been the ones he wore while he played. Just check the sales on that one. They were just also just better designs then too. Regardless, the latest versions have been great basketball sneakers with on-court flair (and not so much a casual look). In my opinion, Russell Westbrook is easily the best representation of making the latest J's look bad ass. Especially this all-black (with a hint of purple) pair on ASG night. 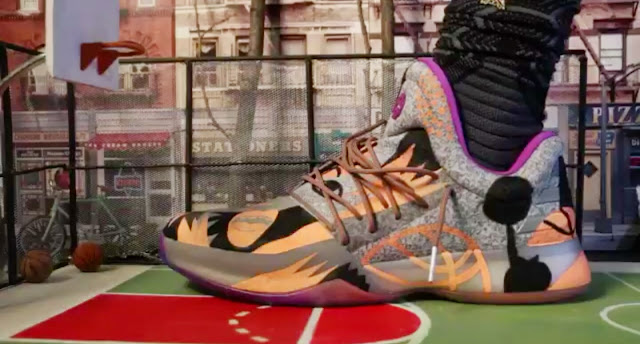 If you know me personally, you know the crazy assortment of kicks I have in my closet in terms of bright colors and patterns. I oddly love stuff like this. I'm also a big fan of Adidas footwear lately. These are just dope, period. And James Harden easily pulls them off. 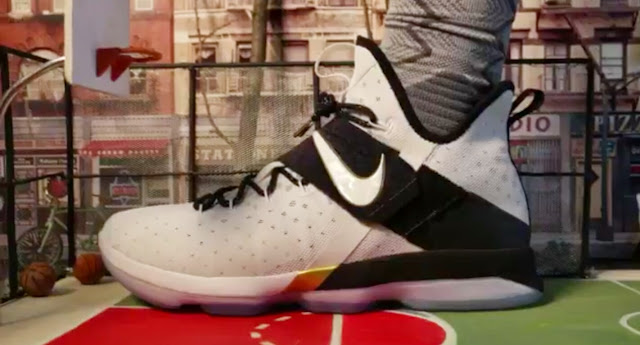 I like the new LBJ's, but this on all-star night felt so, so, so...baseball-like. It's the kind of look that would be cool for baseball with the majority white look (see: Derek Jeter's ASG appearances), but just lacked something within the NBA realm. Still cool, though. 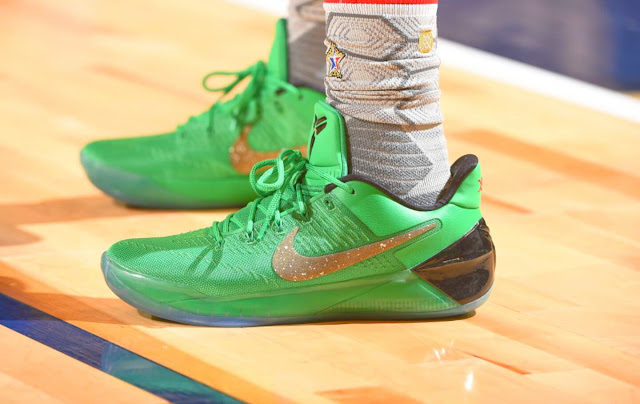 Easily, my favorite optic from All-Star Weekend. Yes, even more so than the Rising Stars Challenge jerseys. These kicks are so cool. And of course, as a Celtic, Isaiah Thomas had to rock some green. 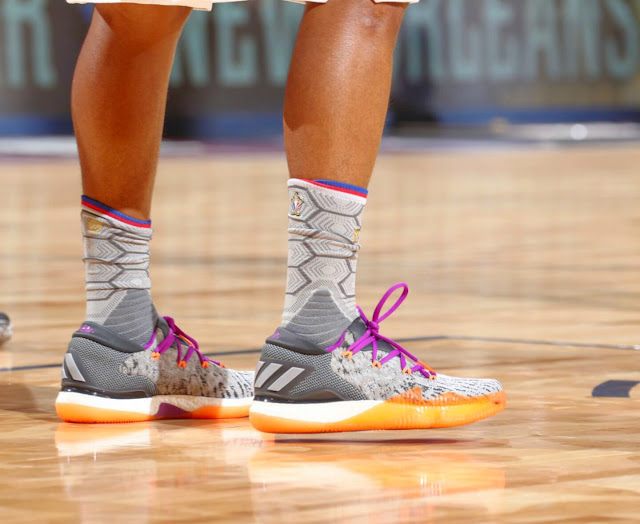 Again, love the color tones in these worn by Kyle Lowry. 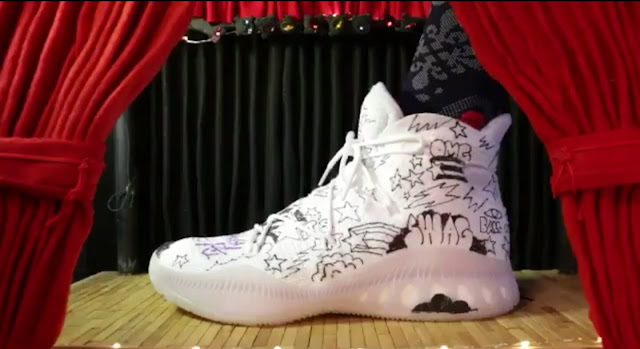 Also, continuing the trend of Adidas color and uniqueness, I had to feature Swaggy P's kicks. Only Nick Young, right? 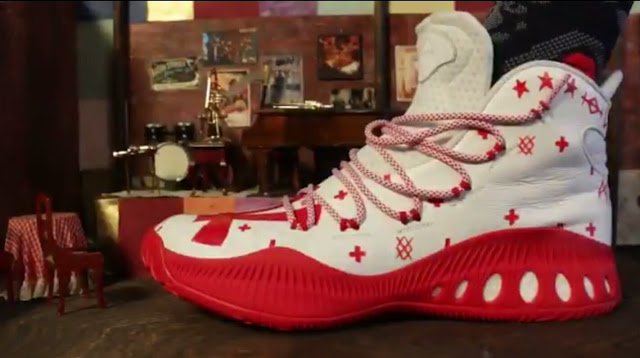 And finally, my main guy, Kristaps Porzingas went with the same kicks, but with a different personalization, incorporating the Latvian flag into them.  They're alright, but for some reason I love the laces on these things. I know, who says that, right?