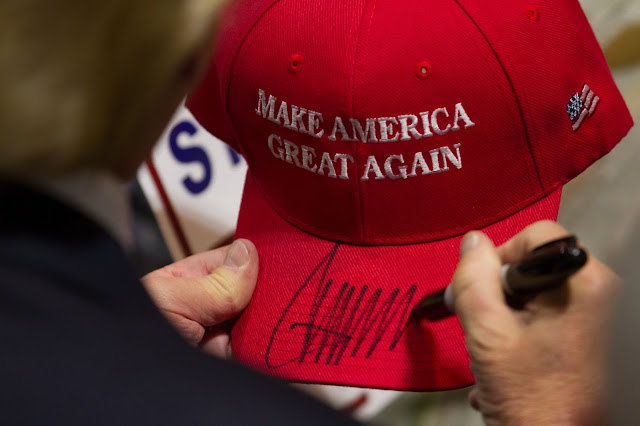 Today, I was in the same building as the President of the United States of America. In any time, and probably in any other era, that used to mean something special. I would have been excited. Heck, I waited for twenty-eight minutes after work just to see President Obama's motorcade make it's way down the street of my office. Just to see the car he was in drive by. That was cool. I was excited. Just for the brush. Just to be in the same air with the most powerful person in the free world.

Of course, you know where this post is now going. Today, I was not. I wasn't excited. I wasn't thrilled. Nor did I have the overwhelming angst to rush the area to see him. I just didn't.

This past week, I attended a national conference within the field of which I work - Higher Education and Campus Recreation. As it goes, this year's conference was held in the National Harbor in the DC area. And as you probably know by now, so was CPAC, a conservative union conference which attracted a rather political crowd to the area, along with the Vice President, and of course, the President of the United States.


As you can expect, the conferences running side-by-side were tremendously awkward. Among the MAGA hats and signs proclaiming to "Reclaim America's Promise" were us higher education folks, sneering and snickering within our sessions about the ineptitude of newly appointed Betsy DeVos, who I heard was also in the same building. But really, after months of having to express civil discourse and guide thoughtful discussions for our students in this post-election environment, many of us wanted to escape from politics. At least, just for a little bit.

Yet, with all of that said, I managed to find myself having conversations with several members of the CPAC group on the lawn of a beautiful seventy-degree February day. Maybe it was the weather, but the discussion was beneficial and enriching for the four of us - two Trump advocates, a member of the Tea Party, and me, whatever I am.

I even received compliments from the two Trump supporters from, as they put it, "pre-judging and labeling them as evil". It was probably some of the most profound discussions I've had with persons or groups who identify themselves as "Trump Supporters", or simply those who casted their vote for the current President back in November.

I appreciated it, and quite frankly, my viewpoint is a bit different than it was yesterday. Personally, I have no issues discussing social justice and politics (I actually really like it), and the opportunity to do so thoughtfully with others was refreshing. For some reason, the many who I know who identify as Trump supporters, including a handful on my wife's side of the family, many of them don't seem eager or willing to disclose much reasoning for their feelings. Or are just uncomfortable doing so. And that's okay. I just believe that discussion and dialogue helps both sides.

With all of that said, I still despise the phrase, "Make America Great Again." I even scoff at the newly rephrased "Reclaiming America's Promise" line as well. As I shared today outside of the hoopla happening with Secret Service and police officials near the lawn which we sat upon under the sun, the phrase evokes and breathes white privilege, and touches on so many sensitive issues from the past.

As I asked my new CPAC friends today, "besides white men, who exactly has America been 'great' for in the past?" To my surprise, several acknowledged my reasoning, and actually agreed with my point on the slogan. One even stated, "I actually don't like his position on social issues. I'm just for a change in something different for our economy. That got my vote."

All I could do was nod my head. I can respect that. I really do. I get it. I wish more would share their stories. It would help begin mending the situation.

But yet, there they were, MAGA hats everywhere. MAGA signs from everyone. One man who even went as far as having a suit made of the "Don't Tread on Me" flag, yelling "build the wall!" on a microphone.

Like a horror film, MAGA was everywhere. In the lobby. Walking by our sessions. In the elevators. Sprinkled about on the streets of the National Harbor. It was EVERYWHERE. And I'll be honest, it drives me crazy on the inside. Not in a violent way (of course, never), but the social justice advocate in me burns with contempt for them. For their oppressive ideologies, and of course, for continuing to present a ridiculous (yeah, I went there) mission statement for this Presidency.

And that's even after I walked passed Sean Hannity, whom I really don't care for. Like at all. And in the same spectrum of bad optics that could possibly annoy others, was a college-aged black woman with a large chocker spelling Trump around her neck who held a sign that said "Blacks for Trump". And yes, she got plenty of dubious looks. I can only imagine what my friends from HBCUs thought.

I even shared an elevator with Judge Jeanine Pirro, who was actually very nice. My conference badge indicating my New York school probably did that. We exchanged hellos, and she seemed a bit less at odds as I didn't express her celebrity as the other two gentlemen did prior in asking for quick selfies. How are you? The weather is terrific. We're both from New York! This is my floor, have a great day! Boom. Boom. Boom.

But yet, for some reason, nothing - NOTHING - triggered me as much as the sight of those hats. Friggin MAGA hats, yo.

Nonetheless, I learned a few things from CPAC. Who knew, right? I even broadened my understandings a bit on the misconceptions and divisive nature that is currently filling the political climate. But really, what sticks with me the most as I prepare to get on a train heading back to Gotham tomorrow morning, is that today, I was in the same building with the President of the United States of America - possibly could have lined up to see him as a few did, but like so many (especially from my higher education conference), didn't care to, want to, or even if I tried, couldn't bring myself to.