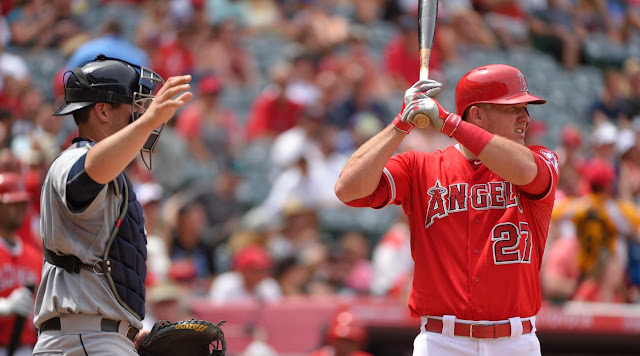 I very much dislike the idea of the automatic walk, baseball's new rule as part of the initiative to improve pace of play. Yes, I am all for increasing the pace of play, always have been, and I am a fan of the new commissioner researching and searching for ways to effectively help the game of baseball. As I've been saying, this is the first time baseball has been proactive, and I love it.

But this new rule approved by both the MLB and the MLBPA (Important aspect to remember), in my opinion, doesn't solve that. In some ways, I think it takes away from the game. Here are some of my reasons:


Reward For Doing Nothing

In what sport - ever - is an action done on the field by simply asking for it? There is no play or action to dictate the result with the auto walk, just a mere sign of the four fingers, and a player will walk from the on-deck circle to first base. WHAT?!

It's rare, but forcing a pitcher to not have a brain fart and deliver four solid throws outside of the hitters circle is part of the game. The bypass feels cheap, and that shouldn't be a word associated with baseball.

What's better than the intentional walk happening, and allowing the drama to build off an anticipated matchup between the pitcher on the mound and the hitter in the on-deck circle? It's such a pivotal element to the ebb and flow of the built-in drama and entertainment of a baseball game. Now, we won't get those few seconds of organic build to what is sure to be a key moment in the ball game.

Yes, intentional walks are down, but is this really the answer? For me, "pace of play" is not necessarily just about saving time, but it's about eliminating moments in the game that are simply "dead periods". As I just stated, these few seconds aren't exactly that. So really, what are we saving here?

This may sound weird, but I find intentional walks to be an unfortunate part of baseball. I know, I know...it's strategy, and it's part of the game. But there is a part of me that feels like it robs fans of seeing some of the games' best players do what they do best. The impact a player makes on the overall game is already minimal compared to the other sports, the intentional walk simply lessens that. And now, there is more incentive to do so without...you know, having to do anything.

I'm all for updated changes. But this is one I'm willing to give the signal to pass on.