I Just Can't - Why I've Given Up Football 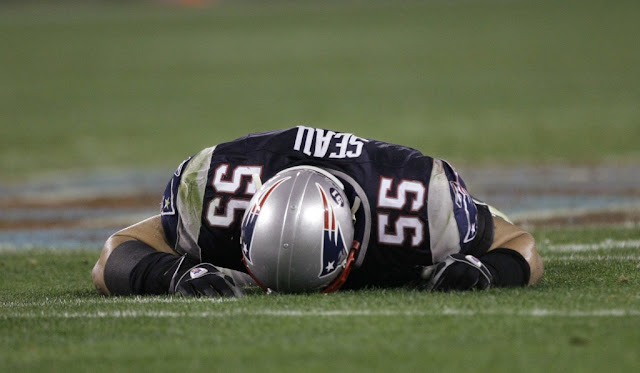 I pretty much quit watching football this year. I know, that sounds absolutely crazy to most sports fans, especially Americans to whom football is more religion that just sport and fandom, but yeah, I just stopped. In fact, the most football I sat and really watched this entire season was the drive in overtime of the National Title game between Clemson and Alabama.

So, why did I give up football?

Well, for starters, I was never the biggest football fan. Ranking my favorite sports, it's easily as follows:
So yeah, quitting football wasn't all that hard. I'll root for the New York Jets from time to time (more reason to ditch the entire football thing from my life) but I've never been the guy too excited about football Sunday. Honestly, my fall Sundays were more so, really football Sundays in watching the MLS. But that's another post for another time.

Over the last couple of seasons (really, years), the actions of the NFL and it's arrogance towards it's fandom really forced me to reshape and reconstruct how I feel towards the league, and the sport overall. It's blatant ignorance towards PEDs and it's coverup and insensitivity to domestic violence and other off-the field matters pertaining to it's players served as the backdrop for my growing dissatisfaction with the league.

But for me, the main reasoning is of course, the growing evidence of CTE issues throughout the league, and more so, the NFL's previous efforts to cover up the studies, and now, efforts to minimize the truth. It's truly hard for me to compartmentalize the health hazards that come with playing football, and the unnaturalness of the "sport".

Most people don't care. And some do, but their ties to the NFL override that feeling. Personally, I couldn't find it within myself to continue to support the message or the machine that operates. And for those of you who read this blog regularly, yes, my father's mental condition, and my growing understanding of such mental issues, plays a large role in my convictions.

And of course, as someone who works in Athletics and frequents journals and studies on the human body, how can I support this? Dr. James Andrews, the world renown physician even chimed in with the following quote:

"It's a collision sport. If we started a new sport today and we wrote up the rules and regulations and we called it football, they probably wouldn't allow it."

And there are always stories like this. And this. Oh yeah, there is this, this, this, and this too. And of course, there is Bo Jackson and his reaction, because you know, Bo (still) knows - or in this case, he didn't.

"If I knew back then what I know now, I would have never played football. Never. I wish I had known about all of those head injuries, but no one knew that. And the people that did know that, they wouldn't tell anybody...The game has gotten so violent, so rough. We're so much more educated on this CTE stuff, there's no way I would ever allow my kids to play football today."

All of these stories which are slowly popping up and coming out are held away from the front pages, off headlines, and from key discussions on sports talk radio because of the fear of tapping on the mighty shield of the NFL. After all, it's still king in sport and media here in America, hence this very weekend. I get it. Who wants to take on that fight?

Look, I'm not attempting to persuade you, or somehow attempt to take down the NFL or football culture. I actually wish there was a way football could be safer. Better tackling, possibly? 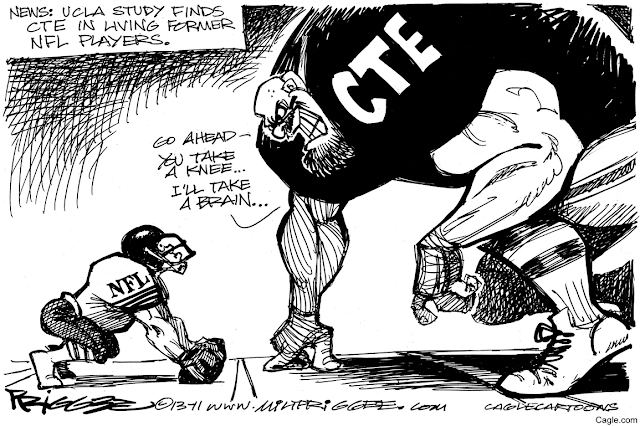 I'm just being honest here - I've become way too convicted in my morals, beliefs, and know-how, and have grown very uncomfortable with the culture that the NFL has created in it's lackadaisical informing, harnessing, educating, and solving of the issues facing it's sport. Much of it has been unethical, with plenty being down right inhumane and gross. For what? Money? Entertainment?

Will I watch this weekend's Super Bowl? I haven't really decided. I'll possibly tune in. Maybe, I'll give it a whirl. I've become the causal fan of the game. But I know for sure, I just can't stomach watching head-to-head contact anymore for enjoyment, or as perceived "skill". And I just can't continue to support a league that does nothing as it produces a culture that presents an unethical product to it's fans, to it's players, and has become socially inept in taking a stand on issues, all in the name of keeping the bottom line healthy.

I'll give the game a try at times, again, maybe a glance at the Super Bowl, but I can't give it my full interest anymore.