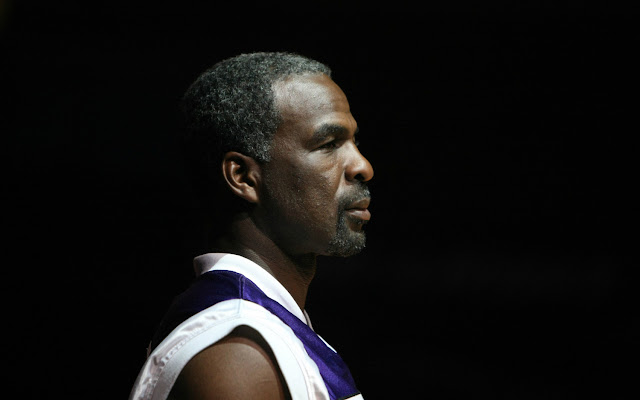 Am I the only one who envisions an epic wrestling story line between Charles Oakley and owner of the New York Knicks, James Dolan?

Okay, maybe I watch too much wrestling (I do), but how else am I supposed to deal with latest news to come out of my fandom that is the New York Knicks? We're not necessarily awful in terms of talent, but merely production and effort, thus being a kind of awful that is even more awful. Making this all so unbearable is the glaringly obvious issues that lie within this team, and even so, within the organization.


I have no idea what happened at Madison Square Garden yesterday. And really, no one does other than Madison Square Garden and Charles Oakley. Everything else being said is nothing but speculation and nonsensical rhetoric for the sports media to bridge the gap of the Super Bowl and and when pitchers and catchers report for Spring Training.

Yet, regardless of what happened, the Knicks lost, and will continue to take L's from this situation - as they always do. Charles Oakley is loved by Knicks fans. I too, have that same level of reverence for the Oak man and his outright grit and toughness. Dragging Oakley out of the Garden is something so Knicks, that it's not even shocking, but sadly the expectation. But with this latest chapter under James Dolan's leadership comes a fork in the road and a damning jab at the (rather insane) loyalty this fan base has for this organization.

The reverberation has been already seen throughout the league as players observe (with some commenting) from afar on the way Carmelo is being treated by the President of Operations, and now, the way in which former players are being carried out of the building on national television like some epic remake of Stone Cold Steve Austin vs. Vince McMahon.

And oh yeah, when you fail here? Forget it. So now the question becomes, why even come to New York? What player would now want New York and this franchise? Especially when you can be a star anywhere.

Hope that he gets some help soon? Not the right way to portray Oak...always had my back and the realest person our league has seen #UncleOak
— Chris Paul (@CP3) February 9, 2017

If you're a FA to be, why would you play for an Owner who treats the past greats like this or a President who stabs star player in the back?
— Reggie Miller (@ReggieMillerTNT) February 9, 2017

In my opinion, Phil Jackson has been atrocious, and has shown no signs of having a plan. Quite frankly, and I warn you of the coming statement - Phil Jackson has been worse than Isiah Thomas. And if you're a long time reader of this blog, just read the constant frustrations I therapeutically posted during that era.

Phil is absent on the job. Doesn't speak, and leaves everyone to discuss his mess. Just see Derrick Rose going AWOL.

And what executive, especially, when he is trying to move his star player, berates him in the media and through social media?! What good is that? Really, am I supposed to trust this guy moving our biggest asset?

But you know what? Celebrity row is filled with "stars"! Yay! Whatevs.

So as you can imagine, for me, watching Charles Oakley get into it with Knicks officials; getting in their faces with the same grit he once showed on the court and smuggly shoving their faces the way us New Yorkers would when confronted; then raising all sorts of hell in front of the big boss himself, was absolutely epic for this Knicks fan. I want to do that! I've longed to do that! And for every time I add to the views count on a vine or YouTube video, I WANT TO BE OAKLEY IN THAT MOMENT!

Damn it. Thanks for the moment, Oak man. Thanks for giving me an image to vicariously live through you in what has been yet, another disastrous season.