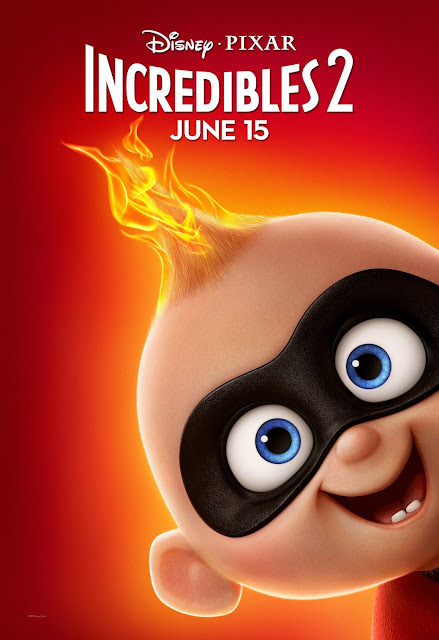 The Parr family returns to take on a new mission which involves a change in family roles as well as a new villain.

After trying to contain Jack-Jack, his constant battle with a backyard rodent opens up the family to the multitude of powers that he possesses, or even, can develop.

"If you wanna get out of the hole, first you gotta put down the shovel."

Like many, I LOVED the original Incredibles film. And yes, I too was annoyed whenever a sequel wasn't announced. After all, there were many franchises that debuted, got a sequel, and even moved straight to release on their third installment before our lovable heroic family got their turn! But I digress...

Nonetheless, it finally arrived. And if I'm being honest, The Incredibles 2 was good. It just wasn't what I was hoping for. I'm not sure if that was due to the long-awaited hype, because it very well could be. Or, it was just you know - just good, and that's all. And that's okay too.

Focusing on the good, I do love the plot, and I especially was a fan of the development of Jack-Jack and his contribution to the family crime-fighting crusade. The evil villain that was Screenslaver was extremely clever, and is one that definitely touches on reality. And of course, is super modern as well.

I2 is a must-watch from me. I'll probably end up watching again VERY soon, just to remove whatever doubt is blocking me from full Incredible enjoyment. Whatever that is. But Incredibles 2 is a must -watch, especially if you've been waiting around since the original film.