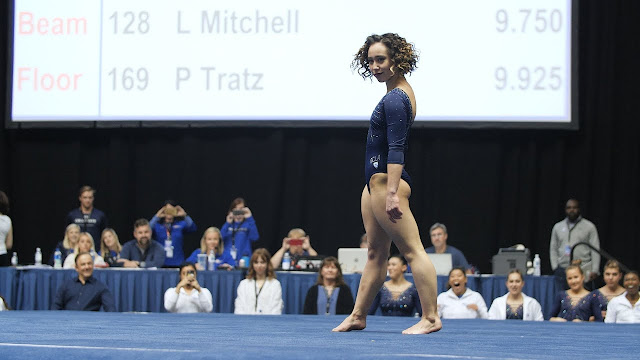 1.Katelyn Ohashi - Her performance went viral this week, and as many have already stated, it's impossible to watch Ohashi's performance and NOT feel happy. Just awesome, awesome stuff. Plus, she is insanely talented!

2. Nathan Phillips - So much props to Phillips who earned plenty of respect for his poise and patience when facing the group of MAGA students attempting to intimidate, annoy, and shame him. Phillips' integrity came through even more after having the floor to share his opinion on what happened - never outright throwing shade at the students. The dude has plenty of character.

3. MLK Weekend - Dr. King is a such a hero of mine. I'm always in awe of this weekend, of his life, of his thoughts, of his words, of his character, and even so on the contrary, how often his words, missions, and ideals are misconstrued today.

1. MAGA Teenagers - This video wraps up white privilege in the United States. By the way, it's also amazing how little has been said to denounce this behavior from many who believe in the MAGA movement. It's just downright sad as this was a pro-life march! That's the biggest issue that bothers me about this whole ordeal, the lack of accountability and the continued support for this behavior with the usual deferment of political blame.

2. Government Shutdown - The many stories and testimonies  of government workers are now beginning to make their way to the public. The heartbreak and worry includes many selling their cars, refinancing their homes, and so much more. Even more so are the many of families who rely on government assistance - most notably those in lower socioeconomic areas - who are now struggling ever more that they typically do to start 2019.

3. Overseas Terrorist Attacks - Over the last few weeks we've seen car explosions, bomb threats and more in Europe, the Middle East, and Africa. It's all just so incredibly sad. The world at times just feels mad.

1. White House Fast Food Meal - What the hell was that? For real. SMH.