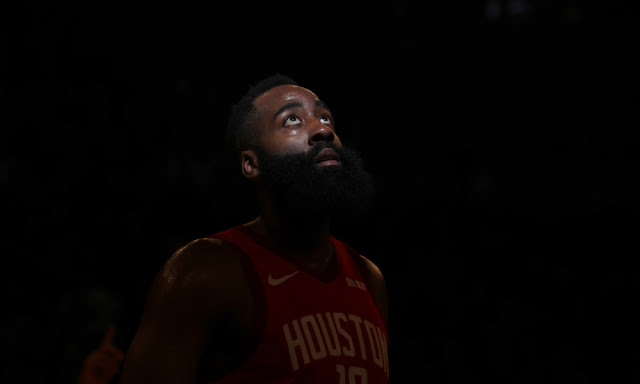 1. CO Senator Michael Bennet - There was something raw and authentic about Senator Bennet's comments this past week toward (of all people) Senator Ted Cruz. Much of what he had to say was not only heartfelt and real - something often missing in politics - but it was unbelievably true to the core. I really loved that clip.

2. Government Re-Opens - The government is back in business! Yay! I'm just happy for the thousands of government workers, and the many, many, many, many more who indirectly work with or earn a living through the aiding the government. There really were some awful stories out there.

3. James Harden - Dude is ballin'. It's not the best basketball (to be honest), but what he is doing is utterly ridiculous in terms of stat compiling. It's downright videogame-like.

1. Washington DC Gov't Shutdown Remarks - The remarks we heard from many (who obviously have no clue) regarding government employees getting loans, enduring the "small pain" and the many more privileged comments/feelings were so disgraceful. It was just a reminder of how disconnected so many who "represent" us really are.

2. Sebring, Florida Shooting - Isn't it amazing that we have now gotten to the point in society that when a mass shooting occurs, it doesn't make news because of what else might have happened that day, or week? What?!! While we're busy discussing walls and making it seem like immigrants are responsible for large amounts of violence, white American males continue to shoot up the country. SMH. Just saying...

3. Convington Boys - Look, I got this wrong last week. I can admit I  jumped the gun. However, let's not act like the full video totally let everyone off the hook. It in fact made it worse. Truth be told, those kids are still afforded privilege in that situation that young people of color would not have had (not even close!). And also, where in the world are the chaperones/parents responsible for these young men? The whole situation is messed up. Can we all make our apologies. Learn from it. And move on.

1. Mookie Betts WH Non-Visit - Annnnnnnnnnd the hate towards Mookie Betts already has started. Again, I'll continue to say it - there is a portion of America who will only root for people of color who wear their favorite sports team's colors. That's it.