Thoughts on the 2019 Baseball Hall of Fame Ballot 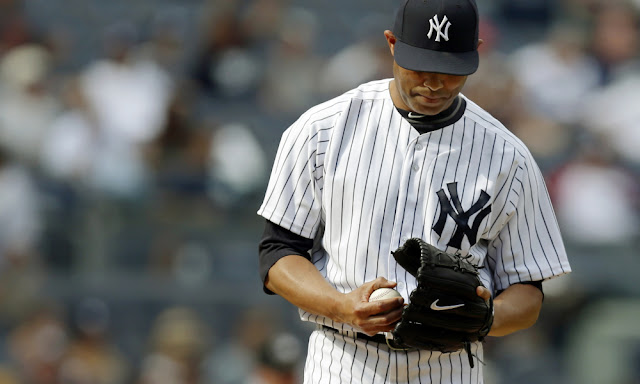 I have to admit, I really - really - thought there would be one person to want, more liked need, to make a "statement" by NOT voting for Rivera on the 2019 Hall of Fame ballot. But that didn't happen. And because it didn't, we finally have our first 100% induction in Mariano Rivera. My guy, Mariano Rivera!

To say that I am thrilled is an understatement. After all, Rivera is my favorite athlete of all-time. But even more so is that it is happening to a great guy, and a super-deserving talent. We can finally put this issue of unanimous vote-getters to bed.

You know the argument? The idea that [enter player name here] from the past did not receive 100%, so no one else should, is a ridiculous concept that ought to be tossed in the bin of other stupidity right next to baseball's unwritten rules.

I'm very sure the public nature of ballots has plenty to do with that. Keep in mind, a guy like Jackie Robinson only received 77.5% of votes on the ballot, which is among the lowest of all enshrined in Cooperstown. While the opposition is obvious (and unfortunate), it does show you the huge flaw in the process and thinking.

Nonetheless, with Rivera getting the nod as the first, it's perfect. He's surely deserving, and quite frankly, it begins what could be a new level of Hall of Famer that could present some interesting discussion for baseball fans in the future.

But overall, the Hall of Fame Class of 2019 is a prime example of what we should expect from baseball moving forward. The trend of evaluating players (however you value said trend) has now hit the game's biggest individual accomplishment, and each member of the 2019 class very is an example of that.

Rivera. He's the game's best closer - ever, a fairly new position, and one that has evolved over the years. Yet, in his role, along with dominance, he has become the unanimous player the game has been waiting for.

Roy Halladay, who I still have nightmares about from his days of torturing the Yankees as a Blue Jay, dominated for 10 years, and now proves that dominance for a decade is indeed enough to get you into Cooperstown, NY.

There is also, Mike Mussina, probably the pitcher I've loved watching pitch the most in my life time - it's true! Moose is a clear example of a pitcher who's accomplishments or reputation may not have immediately given him HOF credentials, but the breaking down of his numbers did.

And of course, there is Edgar Martinez. One of the best hitters in the game's history is going in. Bucking the trend from many on a stingy "NO-DH allowed" claim that carries the stench of the usual baseball indulgence that holds it back, EDG-RRRRRR is going in.

Here are just a few more thoughts and notes on this year's Hall of Fame Ballots:

MY BALLOT (YOU KNOW, IF I HAD ONE)

Both men had their ticker moved minimally in this latest go-round, and with three years remaining, the worry can begin to set it.

I've said it before and I will again on the topics, I find the psuedo-punishment of Bonds and Clemens to be quite ridiculous, and in many ways, a bigger injustice than the one the writers believe are being levied in the name of baseball.

We've seen plenty of others others who have been linked to PEDs in the past recently get inducted (i.e. Mike Piazza, Ivan Rodriguez), and a few who have actually failed tests, now receiving votes (i.e. Manny Ramirez).

Of course, the PED conversation is never an easy one.

How does that make any sense? Especially, with no proof?

Fred McGriff got hosed. I'm all for Edgar Martinez getting in, but wow - McGriff was a better player. I'm still so confused on this one.

Yet even in a year where it seems the outlook and evaluation of the definition of a Hall of Famer is changing, there are three guys I believe need a second examination under this same new lens that is being heralded.

The first is Andruw Jones. I'm not saying that he is surely a HOFer. However, I do believe he does carry much more merit than he's currently receiving on the ballot. Jones can give the same argument of Halladay in having a decade of dominance. Not to mention, his final numbers aren't too shabby. I think we're getting lost in the Andruw Jones that was the platoon player at the end of his career. This dude's career needs an eval.

There is also Billy Wagner. Now that we've somehow gotten over the "relief pitcher" stigma (just a bit), it's time to give Wagner his due diligence. The dude was so filthy, for so long. Please just take a look at Wagner's career.

And finally, there is Jeff Kent. Probably the best hitting second basemen, ever. And yet, Omar Visquel is getting more love on the ballots each year. I just don't get it.

I'm still hung up on Gary Sheffield. I really am. Dig into his career and you'll see what I'm referring to. Such a tough case.

With the "unanimous" seal broken, what are the chances Derek Jeter doesn't become the second person in 2020?

Of course, it only takes one guy...only one.