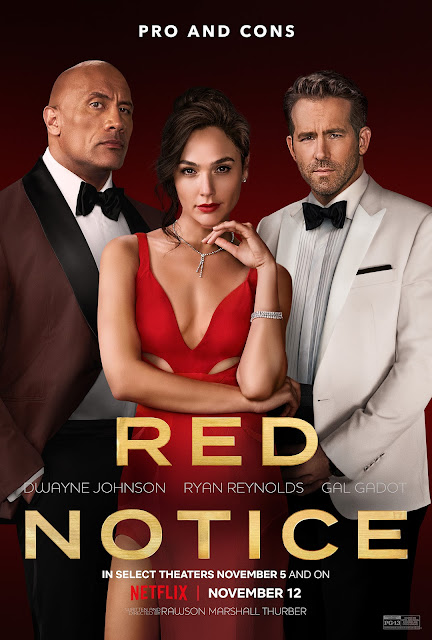 After finding the second egg, Hartley and Booth take on The Bishop in an ongoing fight scene in Valencia, Spain.

Once Red Notice surpassed Bird Box (still haven't seen it) as Netflix's most-watched movie of all time, that served as an added incentive to push the button on my remote to watch the film. Of course, that and the VERY intriguing trio of Dwayne Johnson, Ryan Reynolds, and Gal Gadot. After giving it two hours, it didn't disappoint.

Red Notice is a very fun movie with twists, turns, a great pace, and is extremely visually appealing. All ingredients for a solid film viewing, and often components that can help you overlook some of the deeper or minuscule criticism you can levy on it.

In many ways, Red Notice feels like what Fast and Furious films believe they are producing. Just my opinion...

From the film, this is obviously the first of many installments to come as long as the audience and demand are there. Looking forward to more adventures with our new favorite global art thieves.