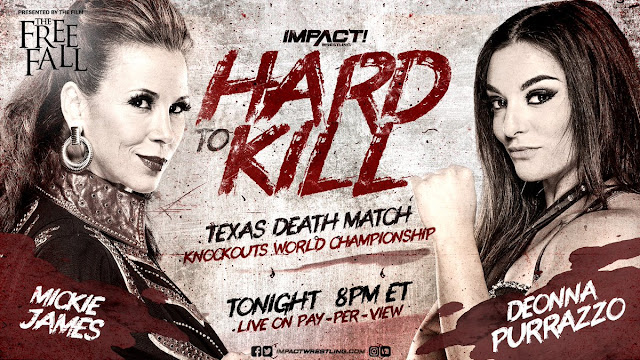 IMPACT Wrestling kicked off their 2022 campaign with big noise that made waves throughout pro wrestling and has now set them up for some intriguing things ahead. Before this event even took to the airwaves, there was the subtle, yet huge bomb, that was the voice of Pat McAfee on FOX announcing Mickie Jam...err, excuse me...IMPACT Knockout champion, Mickie James, would be in the Women's Royal Rumble. Yes, that's wrestling in 2022.

Like you, I too was stunned. I sat there with Smackdown as backdrop entertainment, just to snap up wide-eyed and amazed, rewinding it, over and over again. You know, just to make sure I wasn't going crazy. So yeah...

And then of course Hard to Kill happened. And this event continues to be such a fitting name for a company that truly embodies that slogan as it moves forward. Right now, that includes acknowledgment from the industry leader on national television, as well as offering up a metaphorical couch to its one-time rivals in ROH, for them to crash on and stay relevant until they do whatever it is they will be doing in April.

Mickie is in the Rumble. ROH is here. Wild times, yo. And yes, the pay-per-view kicked ass. Such crazy times. And 2022 looks very promising.

Here are some other quick thoughts from Hard to Kill 2022: 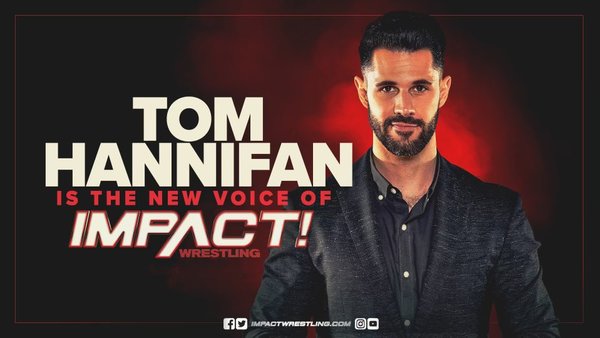 - The new addition of Tom Hannifan is a BIG upgrade. I'm a fan of Matt Striker, but there was just something not coming across in terms of the excitement and polish that Hannifan had tonight. Also, D'Lo seems to gel much better with him on the call. Very obvious stuff that comes immediately through for the presentation of IMPACT.

Also, major props to Hannifan who sounded extremely educated on the product and its history. He didn't have those "new guy" on-the-job vibes at all.

- It should be said, if there is a product that I am happy has a live audience once again, it's IMPACT Wrestling. Well-deserved.

- The opening contest for the first Women's Ultimate X was a good one. The match still remains IMPACT's most significant branded match and letting the women in on it is a nice touch. This is especially true considering how progressive the company has been to and for women's wrestling.

There were some moments where I held my breath ala Chelsea Green slipping off and falling on Tasha Steelz while she laid there, but in many ways, that's the crash and burn element of the match.

That Jordynne Grace sky-high from the cables on Steelz was awesome!

It's the first. I still think that defining Ultimate X match for the ladies is yet to come.

Overall, it was a fun match that definitely elevates Steelz onto a new level. I'm a fan of her potential in a big way.

- The Royal Rumble hype is amazing. I do find the partnership interesting (more so I think it's a one-time agreement from a desperate WWE needing star power for the Rumble), but it is odd how WWE doesn't acknowledge Impact (i.e. not tagging them in Tweets), and not once was "WWE" specifically mentioned on the IMPACT end. I guess we have time...but it was odd. Or maybe I'm looking too deep into it. Nonetheless, Mickie James is on fire...who knew?

- By the way, IMPACT doesn't get the credit it rightfully deserves for resurrecting the careers of talented performers off of bad breaks, or those unable to get their big break. It's a middle ground of knowing the type of talent they can attract, and they've done the absolute best with the philosophy.

- Maclin vs. Trey was bonkers - loved it! The clash in styles and intensity reminded me of those early X-Division days. I'm hoping Maclin's character gets a little deeper as his chase continues.

- Kudos to IMPACT for getting Ian Riccaboni and Bobby Cruise on the call. That alone gave this an authentic feel. Cruise's voice is big time.

The banter on the acknowledgment of the parallel history of  ROH and TNA/IMPACT was really cool between the broadcasters, especially considering its truth. I've always felt both companies needed each other - it's unfortunate that it has come about this way, but it is what it is.

The ROH "pure rules" style REALLY stands out on a card like this. Even more so when the match is absolutely awesome. I've only heard about the talents of Gresham, but the dude is special. In a world where the X-Division style is now the norm (and no longer special), it's matches like this that feel unique,  and a bit of an "attraction". A welcomed change of pace. I'm selfish, but I'm hoping Gresham finds his way to IMPACT.

Oh...by the way, how awesome has Chris Sabin been?

Also, I LOVE the original ROH World Title. One of my favorite titles belts of all-time.

- Josh Alexander vs. JONAH was my favorite match of the night, and that is saying something because it followed some damn good contests. I loved the story being told in this one. In the end, I want Alexander back on the title hunt, and again, being selfish, I want to see more of JONAH.

- The babyface pre-match promo for Hardcore Ware was all sorts of old-school wrestling with everyone getting a turn to say some wacky "only-in-pro-wrestling" verbiage. We need more of that in pro wrestling. Everyone dropping "bitches" and whatever else tough words can sometimes dilute its worth. Just my opinion...

Oh yeah, how about Heath positioning himself to get some camera time just for Rhino to say some crazy out-of-left-field stuff that ate up the time and left him hanging. Too funny. - Hardcore War was basically Lethal Lockdown without the cage, but that's okay. This one was all over the place and had some craziness going on. Eddie Edwards stole the show in this one.

Of course, this was all about the ROH fellas "invading". I'm not familiar with Vincent and PCO, but this can be interesting if done correctly. There are plenty of examples of bad "invasion" storylines throughout history, I'm hoping if they go down this route, even without the main "top" players, they can make this memorable and not just something to do.

I'm talking, the opportunity to make the highlight reel in the history of this company kind of memorable. But again, maybe that's just me pushing the IMPACT and ROH working-together-narrative. I want it soooo badly y'all. 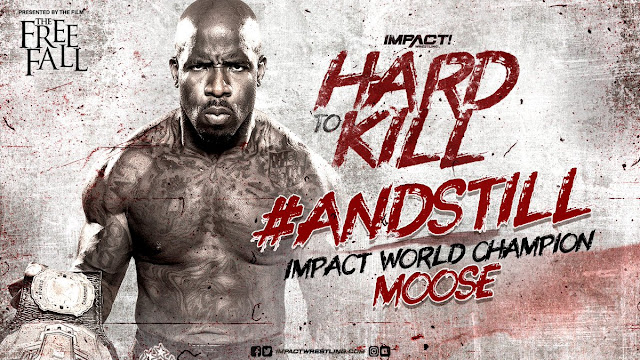 - I thought the triple threat match was high drama, but the weapons usage following "hardcore war" just felt like too much at this stage of the night. I didn't mind the shenanigans of ref bumps, or even Green's involvement to help Cardona, but something just never connected with me. Solid match though. I am invested to see how Cardona and Morrissey move on.

- Rok-C is ringside...ROH all over this show. That also should be interesting...

- I was a fan of Mickie "In the Royal Rumble" James and Deonna Purrazzo closing the show. It just felt right, especially considering the feud they've had. However, was anyone else not feeling the truest traditional Texas Deathmatch rules being used for this match? The pinfalls just felt anticlimactic, and also made the concept a bit convoluted. Like some sort of double-authentification scenario...okay, maybe not so much, but still.

I enjoyed the match a lot. How the heck did WWE release (and also didn't use when they had her signed) a Mickie James is beyond me. But they'll be using her soon - have you heard she's in the Rumble?

Nonetheless, the finish felt a bit clunky but didn't hurt my entertainment at all.

Mickie entering the Rumble wearing the Knockouts championship may just break Twitter. Also, will Deonna just move on to Rok-C and take her strap? The next couple of weeks should be interesting.

All in all, these three hours flew by. I'm really a fan of everything coming out of this, and everything to come. I am looking forward to what is lining up to be a hot 2022 for IMPACT.