Thoughts on the 2022 Baseball Hall of Fame Ballot 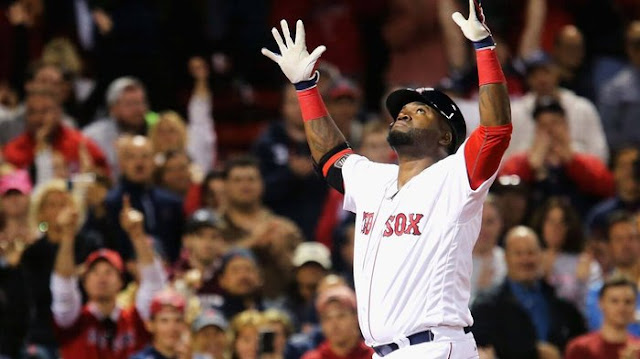 Okay, so this year's Hall of Fame election results might be the tipping point for me. And from the general reaction around the topic, it seems that I'm not the only one who feels that way. Because after all, we just spent ten years discussing the "morality of the game" and not rewarding those who soiled the game with PED use, just to pin the blame on a select few.

With this outcome comes the crazy hypocrisy and historical injustice that now rises to the surface of the game. This of course, is among the other challenging items on the list for baseball - you know, like this lockout scenario that has all fired up to talk baseball - really, about anything baseball!

This HOF stuff is literally the cold stove exploding.

Whatevs...I guess that (too) is baseball, Suzyn.

Here are some other quick thoughts on today's shenanigans:

GIVE PAPI HIS FLOWERS

Look, so often we find ourselves in the weeds discussing who didn't make it in and the reasons and analytical digestion that follows it all, that we forget to celebrate the careers of those who got in. Big Papi deserves his call. Did he torment this Yankee fan (and all others) for years - absolutely! But never in doubt was David Ortiz's career when it came to being Hall of Fame worthy. The numbers are there. He's a legit ambassador for the game - as a player and now as a broadcastwe. And he genuinely has moments that will forever be replayed and retold forever to come.

For those who are still wrapped up over a DH being elected to the Hall of Fame - let it go. Please. Let it go. It's a position in the game of baseball. It'll eventually be a position in both leagues. He played where his name was written in the lineup. The argument is tired.

Barry Bonds is a Hall of Famer. I need, for myself, to simply write those words.

Barry Bonds is the most dominant baseball player I've ever seen.

You may not have liked Bonds, but that does not negate the two statements above.

You cannot tell the history of baseball without Barry Bonds.

If you wanted to punish Barry Bonds for what is perceived as usage during his career by making him wait it out, that's fine. However, doing so and not electing him, while also allowing others their entry with similar....umm...curiosities, is unfathomable.

I do believe Bonds gets in on the Veterans Committee. And when/if he does, that will be some induction speech.

Major Kudos to him on his statement following the results.

Hey y’all! I figured I’d give y’all a statement since it’s that time of the year again. My family and I put the HOF in the rear view mirror ten years ago. I didn’t play baseball to get into the HOF. I played to make a generational difference in the lives of my family. (Thread)

I will say this about Sosa - Hall of Famer? Probably not. However, the way Sosa has been tossed aside by the baseball community after his role in saving the game following the 1994 strike has been a travesty.

You can't tell me that we're going to place the historical receipt of everything that is the PED era with Bonds, Clemens, and Sosa?! Really?

Ohhhhhh, Curt Schilling. He's a shitty person. Actually, a super shitty person. However, Schilling is a Hall of Famer. How Schilling went from being a few votes away from getting the call last year to suddenly dropping to 58.6% is certainly the result of his actions, no?

However, prior to his infamous coming out party as said shittiest-person-you-know in 2016, his voting percentages ran under 40%.

I can't believe I'm defending Curt Schilling, but the logic is maddening.

Alex Rodriguez received a rather strong 34% in his debut on the ballot. Now, I'm an A-Rod guy, for no other reason than I'm fascinated with the guy - He's easily the most interesting athlete in my lifetime. If we're still operating under the rules of engagement of said "steroids" barometer, A-Rod has been caught through allegations, and then formally caught by testing in which he served a whopping full-season suspension. He also sued MLB. And the Yankees. And created enough drama to make an awesome documentary when it's all said and done.

But he's resurrected his career as late as a broadcaster (Not a fan). Nonetheless, I guess he's likable now.

And then, there is Manny Ramirez. The best right-handed hitter I've ever seen. Ramirez, like Ortiz (And A-Rod) was mentioned on the infamous 2003 not-to-be-revealed list of randomly tested players who had positive results. Ramirez would later be caught several times down the road, testing positive for all sorts of stuff cooked up in a lab. He clearly didn't give up on trying.

But his 28% hasn't budged much over the years, and the consensus is, he won't likely make it.

If we're dropping the baggage - even for the sake of just doing so - both were damn good players. Hall of Famers - for sure.

But what we're seeing here is, well, likeability is a real factor. That's a big problem in this process.

The scary part is what the message ultimately is here: take steroids, and be likable. You'll be fine.

Am I the only one who believes in Gary Sheffield as a Hall of Famer? Maybe I'm stretching here, but Gary was that dude. So underrated.

Next year's ballot is going to get extremely interesting. We've made our way effectively out of the steroid era and the logjam of really good and really controversial players. Of the names being added next year, only Carlos Beltran illicit authenticity for Cooperstown. But then again, how does everything sign-stealing play into his candidacy? Should be interesting.

Jacoby Ellsbury finds his way on the ballot next year. If he even receives one vote...just one, I'm calling for a total revamped system.