February 01, 2012
As a lifelong pro wrestling fan, there are several events and types of matches that are must see. For yours truly, the Royal Rumble is that match. From the inclusion of the all of the WWE's talent roster to the surprise returns and entries, the rumble provides an all-star-type feel that is very entertaining. In the current spirit of "Wrestlemania season", and off the heels of the 25th annual Royal Rumble, the following Pondering 10 is a list of my all-time favorite Royal Rumble matches.

10. 1994 Royal Rumble - A rumble that ended in controversy with two winners? Very memorable. Always will be. 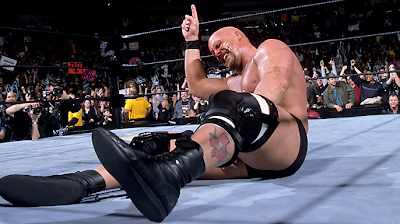 9. 1998 Royal Rumble - Not a strong roster in this one, but this was the launching pad for Stone Cold into super-duper, mega stardom. 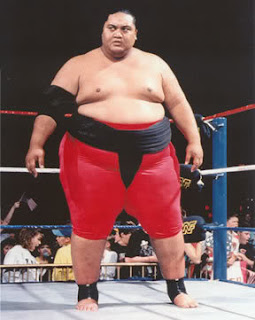 8. 1993 Royal Rumble - Another Rumble where DiBiase put in another good effort and a hour-plus long stint by Bob Backlund. However, in the end it was big Yokozuna who consistently fended off numerous attempts to be thrown out by multiple guys, picking up the win and headed to Wrestlemania IX. 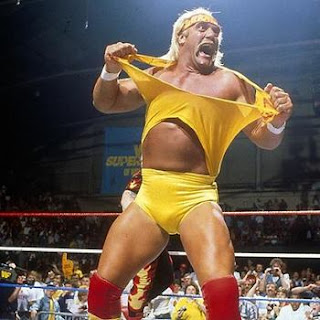 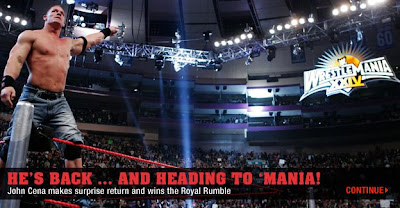 6. 2008 Royal Rumble - One of the best Rumbles in recent years, the 2008 Rumble is known for John Cena's surprising early return from injury. After completely shocking and blowing the roof of Madison Square Garden, Cena went on to win the Rumble in the coveted #30 spot. 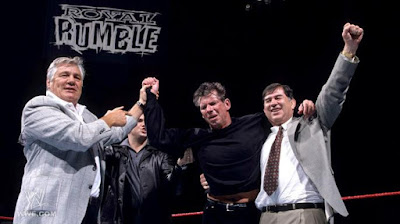 5. 1999 Royal Rumble - Ah yes, how can this not be on the list? Any Rumble that has Vince getting destroyed, yet still held the intrigue of Vince possibly winning the whole thing in the midst of his legendary feud with Stone Cold Steve Austin, is bound to be on the list. And oh yeah, how about the shock in him winning it? 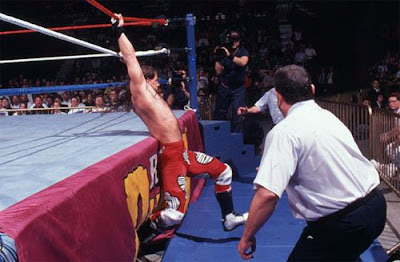 4.  1995 Royal Rumble - While it was the rare Rumble where the WWE toyed with reducing the entrants interval time from 90 seconds to 60, this rumble still did not disappoint. Yes, it was significantly shorter, but seeing Shawn Micheals become the first person to go the distance was amazing. And of course, the famous "skin the cat" moment that will forever be remembered. 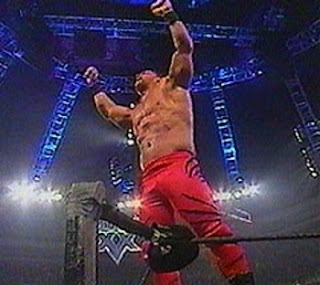 3. 2004 Royal Rumble - If Shawn Michaels going the distance wasn't enjoyable, how about [the man we don't mention in pro wrestling anymore]? He lasted over an hour, and became the second person to enter at #1 and won the rumble. 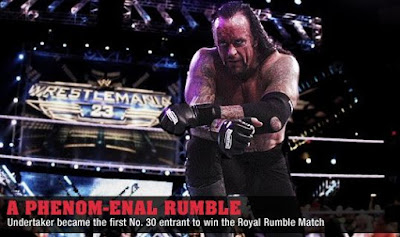 2. 2007 Royal Rumble - Am amazing Rumble from top-to-bottom. Completely unpredictable, the best roster for a rumble ever, and a final two square-off that was an instant classic. Simply, awesome. 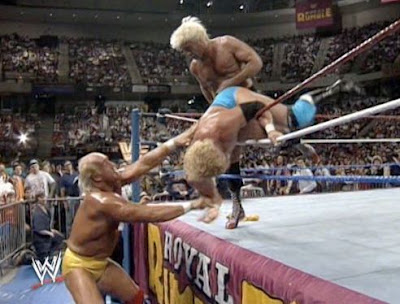 1. 1992 Royal Rumble - Ric Flair's performance in this rumble was worth the watch, and a must-see for any pro wrestling fan. This rumble wasn't for a shot at main eventing Wrestlemania, but a chance to win the vacant World title. Everything from Flair's win, Bobby Heenan's call, and yes, (yes!) Hogan getting eliminated and then cheating out of frustration was great. The cherry on top is the famous post-match promo by Flair - "with a tear in my eye!" - the greatest rumble ever, period.