Disappointment: The Death And Career of Whitney Houston 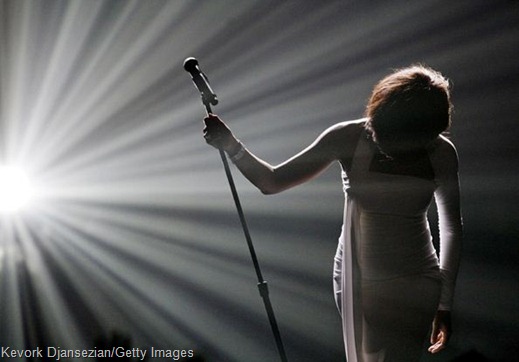 I was on the train heading home to Brooklyn when I first found out. As I checked my latest refreshed feed before I headed underground, twitter was buzzing with the breaking news – Whitney Houston Dead at age 48. As I continued to scroll through multiple sources such as the New York Daily News, the New York Times, and the Associated Press, the news was confirmed, and my heart sank.

With details being very vague right now and many questions still unanswered, especially, the cause of death, I find it very interesting to see how others are not only viewing her death, but are choosing to remember Houston. The overall public perception (minus media reaction) is that drugs were a cause, and from some social media responses, the overall theme was sadly, “just another crackhead died.”

Her troubled battle with alcohol and substance abuse is well documented. And while many blame Bobby Brown for the her downfall during their marriage, and yes, he was a major catalyst for her downfall, the truth is Houston still had free reign to make the decisions to participate. Any bad sentiments toward Bobby or blame for the fall of her career is completely unwarranted. In fact, following their separation, Brown has cleaned himself up, remarried, and fathered another child. Houston continued to struggle with abuse. And let’s not forget her recent (weird and skeptical) relationship with Ray-J.

While I understand the feeling and reaction, personally, the life of Whitney Houston is more than just a media/pop culture one of her controversial life. My father is a huge Whitney Houston fan. I grew up hearing that wonderful and powerful God-given voice of Houston blaring throughout our house. “I Wanna Dance With Somebody”, “How Will I know”, "Saving All My Love For You” and many of her hits from the 80’s and early 90’s are engrained with me from childhood, and are songs associated with various memories.

And c’mon, the power of her voice…that voice is incomparable.

I understand there are many who remember Houston for her tumultuous relationship and headline-stealing disappointments. And there is indeed a part of me that has very little sympathy for someone who wasted such a gift, such wealth, such talent, and such fame through drugs.

However, my initial feeling and response to Whitney Houston’s death is that of disappointment.

Seven years ago, I wrote a post titled, Think Reverse, Understand Today. A simple “What if” thought process of wondering pondering how life would have worked out for Houston if she never met or married Bobby Brown.

And such a thought process lies in the disappointment.

A disappointment that is grounded in knowing Houston will never, ever, reach the full potential everyone knew she was capable of. A hope that many held on to when she released her last (and comeback album) I Look To You. It’s the hope that is now gone.

And regardless of how she died, which is presumed to be drugs, or the toll that substance abuse had on her system over the years, the greatest lesson we can learn from the tale of Whitney Houston, besides the obvious of not doing drugs, is not wasting God-given talent or your life.

For upon your death, the feeling of disappointment is greater than the impact of any reputation or headline from your past.