Predictions and Wild Guesses For The 2012 MLB Season 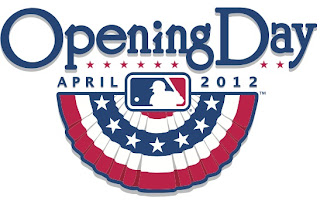 Baseball is back! And it is safe to safe to say I haven't been this excited for a season in a long time. The Yankees season (of course) is always the focus of my spring/summer and if all goes well, fall (and my life pretty much), but with the addition of the extra wild card, the infusion of young talent in the game, the increasing competitive balance, and the movement of several big names, the league as a whole is intriguing. And after one of the greatest World Series in years, there is an added interest from casual fans. In typical DP fashion, we're going to take a look into the crystal ball and attempt to predict, of course with some wild guesses, the 2012 MLB Season.

NL Rookie of the Year: Yonder Alfonso (SD); Runner Up: Bryce Harper (Was)

Mets Attendance 2.5 Million: Over - Mets will be better than what everyone expects, but will still finish last.

20 Errors For Miguel Cabrera: Under - Cabrera has better hands than some are giving him credit for.

180 Strikeouts for Yu Darvish: Under - There has to be a learning curve, right?

14 Wins for Neftali Feliz: Under - Feliz will grow into a solid starter, but 14 wins is a bit high right now.

20 Home Runs for David Wright: Over - CitiField fences are in. The right-center gap is no more. Expect a big year from Mr. Wright.

900 Total Runs for Rangers Offense: Under - Rangers offense is scary, but not 1927 Yankees scary.

50 Home Runs for Jose Bautista: Under - 50 is a tough number post steroids.

20 Wins for Justin Verlander: Over- He's probably surpassed Halladay and Felix Hernandez as the best pitcher in the game.

70 Games for Manny Ramirez: Over - Barely over. Ramirez will need time to adjust and adapt. May even platoon in DH spot depending on Oakland's season.

Mariano Rivera 1 More Season: Under - Sadly, I think this season is it for my favorite athlete ever.