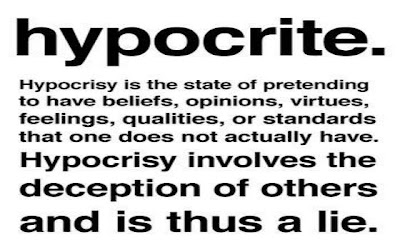 Let's hear a round of applause for the NCAA. No, that's not a sarcastic statement at all. The NCAA really does deserve a pat on the back for it's recent actions regarding the overall amateur legitimacy of the student-athlete.

With Johnny Manziel in the public eye and under investigation for receiving funds for autographed items, the debate heated up once again over naming rights and trademarks in collegiate athletics. Obviously, this stems from the already pending lawsuit of Charles O'Bannon and company fighting the NCAA over the association's use of player's names and likenesses. And of course, we've seen the NCAA slowly backtrack by not licensing video games, even the widely popular NCAA Football series by EA Sports.


Even as a college athletics professional - therefore being under the guidelines and umbrella of the NCAA - I've always found the NCAA's actions in regards to these issues very hypocritical. No, I do not believe college athletes should be paid (and that's for another post, for another time), but I do agree that the injustice is pretty gross when it comes to the money made from these kids' images, reputations, and trademarks.

The video game example was easy enough to prove as the characters resembled their real life counterparts. However, Jay Bilas, God bless his heart for the courage he showed on his crusade via Twitter, proved the NCAA's hypocritical nature simply through the NCAA shop on www.shopncaasports.com. 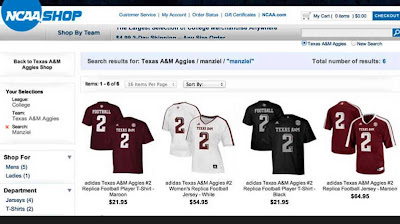 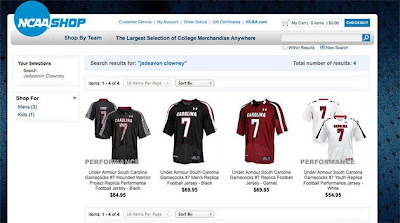 By searching a player's name, jerseys, t-shirts, and other "likenesses" popped up prompting or assisting consumers in sales. Johnny Manziel, regardless of whatever you think about the kid's character, can't make money off of his own name, but the NCAA can?

Since Bilas' epic crusade proving the NCAA's deceitful ways, the NCAA removed the search function from their online shop, and also agreed to cease sales of school jerseys.

There is no doubt the NCAA makes millions billions of dollars off of athletes who never see a dime from it. And its true than DI athletics in this nation have risen in such popularity and business, that it is now an existing contradiction in it's attempt to keep amateurism at the core of the student-athlete. Really, its laughable.

Yet, with it's feet to the fire, the NCAA is beginning to make changes. Something as little as the removal of jerseys on the website is a small battle won for those who would like to see a fair landscape. Or at least one much less reflecting of taking advantage of young men and women.

It would be easy to claim the NCAA tucked it's tail between it's legs, and gave in to the public pressure that has been building, especially with O'Bannon's lawsuit pending. However, and this might sound weird, but the NCAA deserves credit for it's change.

The culture seems to be changing in the NCAA after its President, Mark Emmert called the sales of jerseys and the likeness search engine, "a mistake". Then later referenced what while the NCAA will no longer be selling the jerseys, it will leave the sales to the schools.

Soooooooo, the NCAA won't be selling jerseys, buuuuuuuuutttt, it's members will still be able to?

After years of holding steady amid those who oppose the money-making juggernaut's ways, it seems the NCAA is finally at a crossroads. Many of the 348 members of the Division I sector of the NCAA agree that the organization needs to improve.

Until then, give the NCAA credit. Yes, that's right, give them credit.

For the time being, they're no longer pretending to be in support of amateurism.

For the first time, the NCAA culture is owning up to the hypocrisy in Division I athletics.

Bravo. Applauds are in order.