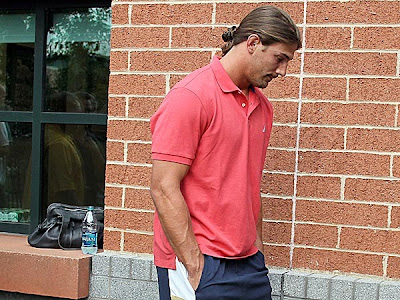 As if race relations haven't been a touchy enough subject in our country over the last couple of weeks, Riley Cooper decided he wanted to turn things up a notch. His recent comment that included shouting the "N" word at a black security guard at a Kenny Chesney concert has brought about various social issues  discussions regarding the word, it's use, who can use it, and how it is used in today's society.

It's funny, because seven years ago, I touched on this very topic (The "N" Word: How a Simple Suffix Separates) regarding the controversial racial slur with various endings. As a person of color, I've longed felt uncomfortable with the word. Whether used as a term of endearment or song lyric, the closeness and the origin of its meaning - for me at least - is too serious to overlook.

But I get it. I was fortunate to grow up in a diverse city. I've heard it growing up. I've heard it in locker rooms, classrooms, and even as jokes. And of course, it's in the lyrics of so many songs by main stream rappers. Believe me I get it. I understand the culture.

As Jay-Z once noted to defend his usage of the word, by using the term with a different ending for a term of endearment, it strips the power from it's original context. It changes the rhetoric. Makes sense to me. Still, too close for me.

However, I've also seen the other side of the word. I've witnessed racism. I've been on the victim side of racism. I've been called the "N" word, and I've been in a room as the only person of color when an ignorant schmuck used the word in college. I get that the "er" ending to the N-word still exists. I get that it is still used.


As the conversation rages on, many have touched on the double standard that surrounds the word, "blacks can toss it around in their community, but we can't use it?" You're also seeing some believe the word is still very prevalent in our society. And of course, there are some who simply believe the use should be protected under the 1st Amendment.

Unfortunately, the reality is this, white people cannot use the word. That's just the harsh truth of the situation. The word has become a fixture that can only be used among the black community without serious controversy. And to be honest, if I were white, I'd feel very, very uncomfortable doing so anyway.

Look, my take on the issue is that Riley Cooper is a fool. Seriously. He's a guy that plays professional football, and is obviously around teammates, coaches, and others who are of color. So I doubt he meant any maliciousness in what he said. Do I believe he's racist? Honestly, I don't. However, like many do, I believed he used the word in order come off as tough, edgy, and/or funny in his drunken state. We all do rather stupid things.

After all, let's be honest, he directed the slur at a black security guard at a Kenny Chesney concert. Now I like Chesney, and I have my select share of taste in country music, but let's be totally honest, it'll be pretty tough to find many brothers at a Kenny Chesney concert. Ah mean, c'mon, seriously. Do you think Cooper says that same sentence at the same security guard at a Jay-Z concert?

Which brings me to my next point - despite his foolish behavior, Cooper knew exactly what he said when he said it. It's not the intent or use of the word that bothers me, but the mere ease of it coming out of his mouth that does. I appreciate his apology, but very similar to how some of his teammates feel, I'm not completely forgiving, yet. It'll take a while. Anyone that can openly say that word, already has it in their lexicon and uses it frequently. Especially, in a drunken state.

Once again, this doesn't prove that Cooper is indeed racist. However, it does prove that he is rather ignorant.  Very ignorant. Unfortunately (and truthfully), there are many more in this country using the same word freely in the same manner, and doing so within their own niche circle in which it is safe to do so. Only those moments aren't caught on a cell phone video.

We've come a long way since the "N" word started being used in this country, but we have so far to go.