2015 State of the Union Reaction 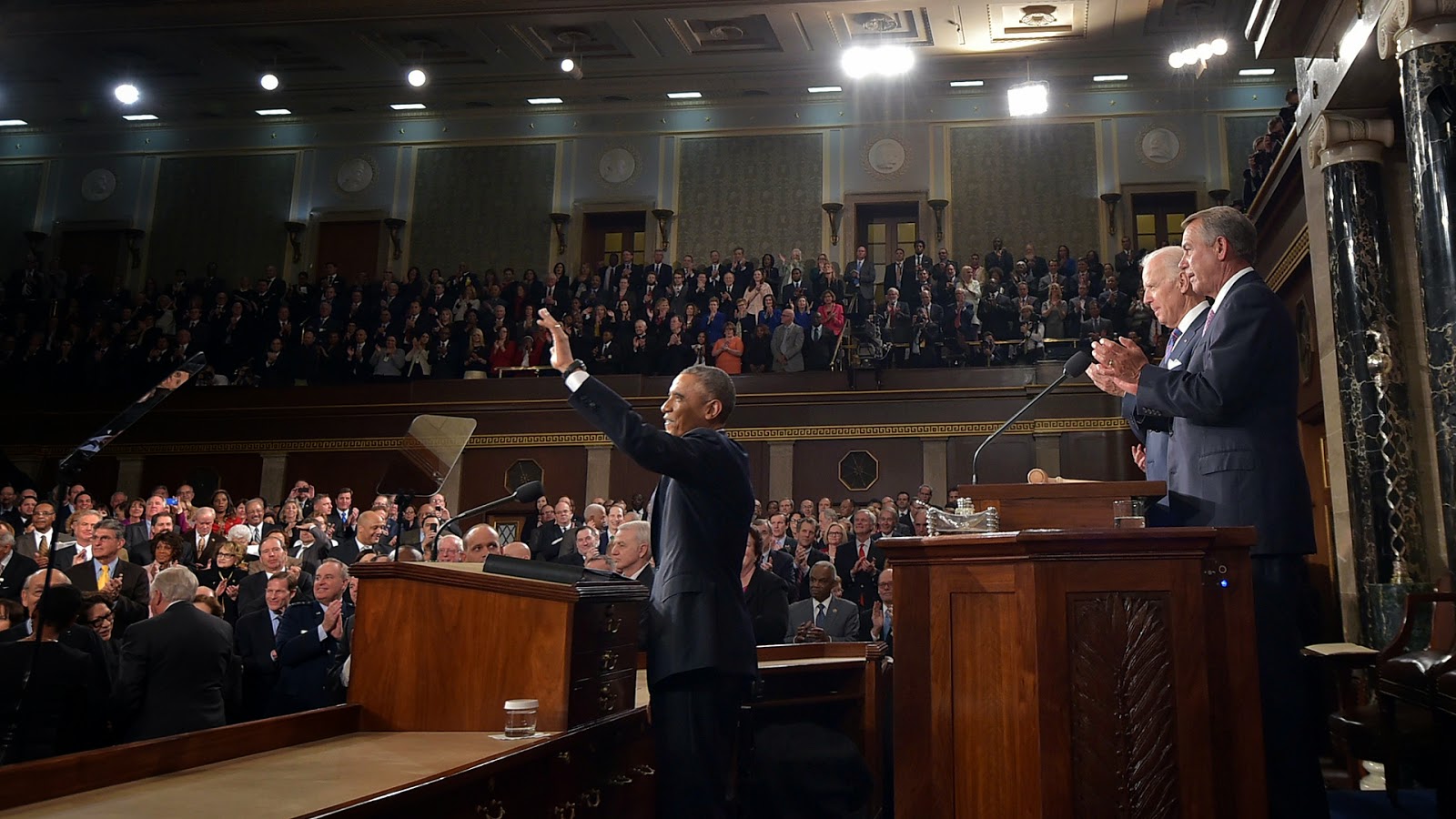 Heading into the night, I was very curious to hear and see the President's demeanor and overall message for the 2015 State of the Union message. As always, the speech in itself is important (obviously), however, being that next year's address will be geared toward the upcoming Presidential elections, this was his final speech to rally in some forms, and in other ways, to cement his legacy.

Overall, I thought the speech was well done. It played to many of the strengths that President Obama has exhibited since he graced the national stage way back in 2007. He allowed his charisma to show, played up the rebounding economy, dished out a jab towards hecklers (which was awesome), and of course, played his trump card of optimism by calling for "Better Politics".


Again, it was one of the better State of the Union addresses I've heard in my lifetime. Here are a few quick reactions on the entire night.

- I know it's a serious gig, how awesome of a job is it to scream, "Speaaaaaaker! The President of the United States!"? That has to be the most awesome - and most formal - hype man in the world.

- John Boehner definitely looked like he had fun, wherever, and whatever beach he fell asleep on.

- On a serious note, the opening paragraphs wrapping up the accomplishments of his tenure was a nice touch. I haven't been the biggest supporter of the President's policies despite voting for him twice, more so critical of his second term, but despite some cynics, the economy rebound should rank high among his accomplishments for his legacy.

- I'm a fan of the proposed idea of guaranteed seven days paid sick leave. We continue to be a nation that is driven with crazy work hours and at times, inefficient work ethics. For some reason, our culture, as heavy to the left as it seems to be moving (not really a god thing), still doesn't do a great job in protecting workers.

- As far as the minimum wage issue goes, I'm still on the fence and still leaning toward the negative side. Raising the minimum wage only will raise other expenses, and in my opinion won't necessarily close the gap. Just my opinion.

- The child care issue is one that the President is dead on about. It does need to be addressed. And it needs to stop being a woman's issue.

- I'm still tremendously torn on the free community college idea. Sure, I'm all for education, and yes, an opportunity for up to two years of free higher education can really open doors for many who can't afford to do so on their own. However, I still need to hear the guidelines necessary (grades, graduation progress, etc...) for one to receive this opportunity and yes, the big question in the room - who exactly is paying for this?!

Again, I'm all for education, but nothing is free. Someone will pay. And who exactly is that?

- Speaking of these opportunities, it was interesting that the President did not touch base on the issue of immigration. Only once doing so in his rally cry towards the end of the speech.

- And speaking of, isn't he dead on? I'm so sick of both parties looking to get one leg up on the other rather than what is best for our nation and its people. I honestly can say I voted for President Bush twice, and for President Obama twice. I know, weird, huh? I truly believe the best for this country is indeed a blend of both parties on various issues, and yes, the best man for the job. Some might find that weird, but that's where I come down on the political spectrum. Just bloggin...

- I'm all for helping companies that keep investing in America. No brainer here. Stop the tax breaks for companies who send jobs overseas and keep profits offshore.

- The "I know, I've won two of em'" line was awesome. Regardless if you are a fan or not, you just have to admire a quick-thinking quip like that.

- And finally, the last five minutes of his speech calling for "Better Politics" was very, very, good stuff. It was the type of rhetoric this American needed to hear, regardless of my disagreements or support for whatever issue is on the table. America does need better politics, and we do need to quit looking to point a finger across the aisle, and look to improve this nation for us all.