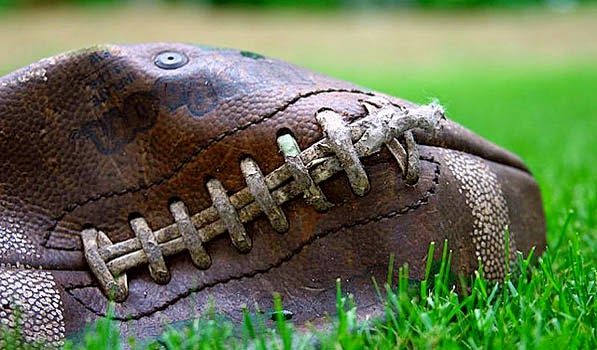 #DeflateGate. Such an awesome name, and an even better hashtag.

This has been an absolute disaster of a year for the NFL. Yet, considering their ratings, revenue, and continuing interest, it all says just about how much of a public relations hit the league can take and keep moving forward.

Looking to move past the debacle that was the Ray Rice issue and some of the unflattering referee calls/game rulings we've seen this season (shout out to Dez Bryant on what SHOULD HAVE been a catch!), the NFL now has another - ANOTHER! - Patriots cheating scandal on its lap. Even worse is the fact that the scandal may have, possibly, could have, kind of, or quite possible have influenced the holiest game in American culture - The Super Bowl.

What bothers me most about this is not the fact that the Patriots cheated, but the idea that some are either attempting to downplay the situation or gloss over it. So what they deflated the football. So what if it's not in line with league rules?!  Why have rules in sports? Why not just use a nerf ball? No big deal. Ok, sure, that's a big too far, but still, I think my point is clear.

The glaring and unconditional pass the NFL receives in our society is amazing. I'll admit, I'm no super football fanatic. You know, the type who is tied to fantasy leagues and crazy about the game. The person who parks it on the couch every Sunday. I'm a fan of the New York Jets and I root for them when possible - if possible. They suck. But football as a sport ranks behind my love, baseball, which I am crazy about, and my second and third favorite sports of basketball and soccer respectively.

Regardless, I have little to no faith in the NFL to discipline the Patriots, or at the very least, provide some type of justice in this scenario. Jets fandom aside, the Patriots broke the rules (I do agree that "cheated" is too strong a word), and did so knowingly to play in the ultimate game. Regardless, if the Colts looked like my hapless Jets on that Sunday evening, and regardless of if the Patriots played with properly inflated balls during the final 30 minutes of the game, the game rules were broken, intentionally.

To knowingly defy the rules, in order to gain an advantage is the core ethical ingredient here, and such should be the focus.

But again, this is a league that flubbed the Ray Rice issue and only did the right thing when pressured to do so. Coming off the heels of that issue, and the severe suspension Sean Payton received with "Bounty Gate", I'm very, very curious to see how this is handled.

But who knows? I've lost so much trust in this league this past season.

But who cares, right? It remains King. And the Super Bowl is two weeks away! Yay! And that is all that matters.