The Official Unofficial Rebuilding of the New York Knicks Begins 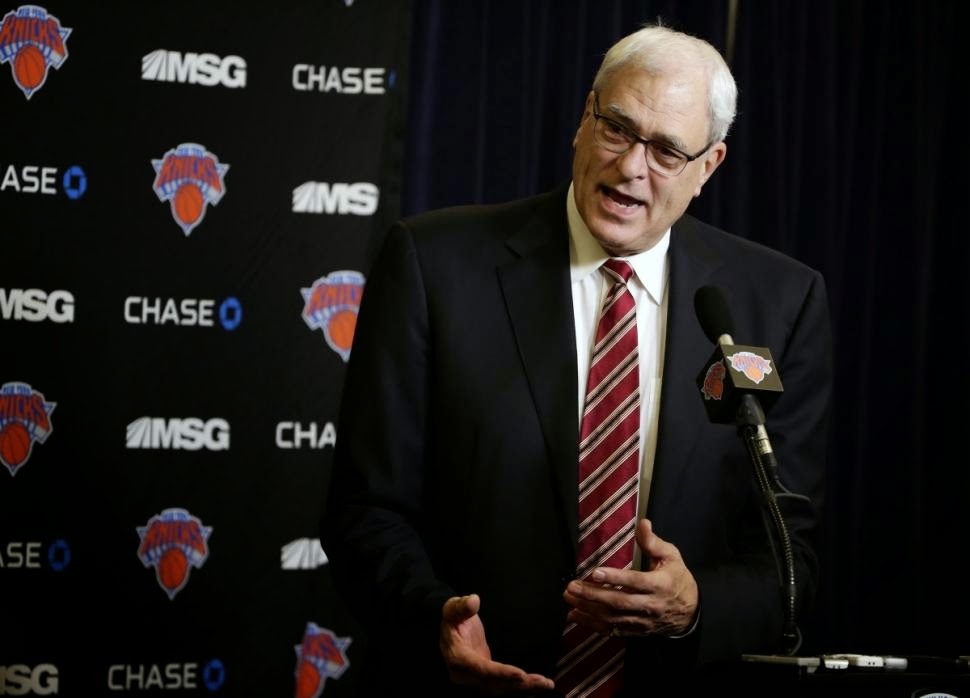 Ummmm, so we got nothing back? Nothing? Seriously, nothing?!

That was my final reaction as I heard about the official trade details of my hapless Knicks as they unofficially started the fire sale, and very much so, their road to hopefully a top-five draft pick in June.

I haven't expressed much emotion on Twitter or even discussed the Knicks (as I usually do) here on the DP this basketball season because quite frankly, I am not invested. I really am not. Coming into the season I didn't like the roster, I didn't like our chances, and I never truly felt "all in", as they say, on this upcoming season.

And with all of the losing, and there has been plenty of it - seriously, more than Isiah Thomas years which says plenty - I don't even find them entertaining or worthy of rooting for. And that kills me to say as a die hard Knicks fan. Even during the Mike D'Antoni-lead teams, they were at least somewhat entertaining, somewhat hopeful. And yes, even so during the Isiah Thomas years, as you rooted for guys like David Lee.

But this? 5-32 as of this post? Come on. I've soured on just about everyone on this roster, including Carmelo Anthony. I've always said Alex Rodriguez is the most fascinating athlete I've ever seen in my lifetime, Carmelo quite possibly might be the second. More on him some other time, but for now, let's just say I have my doubts on that recent extension.

So yes, JR Smith is gone. He was a headcase to watch. But, as most former Knicks do, he'll thrive somewhere else. And I'm sure Shumpert will as well. To Samuel Dalembert, we hardly knew you, big guy. The names on the court have become less identifiable and the examination and audition for next year's team has begun.

My goodness, ladies and gentleman, boys and girls - the official unofficial rebuilding of the New York Knicks has begun.

Because of these terrible Knicks, I've fallen tremendously involved in college basketball this season, especially following the local teams of Seton Hall and St. Johns - both, shockingly, possibly the best on-court products in the New York City area. Watching tons of college basketball as the Knicks look to draft high - ironic, huh?

For now, this Knicks fan will try to suppress the hopes of getting Jahlil Okafor (my true hope!) or maybe just settling for just about anyone on Kentucky's team. Which is probably just as safe a bet.

Regardless, for the first time, the Knicks are rebuilding correctly. Anyone who says otherwise is foolish or simply just looking to continue on the tiresome Knicks jargon. This team and this organization needed this for while, to change the culture, to change the future, and it should be interesting to see Phil Jackson and Derek Fisher build this squad the way they want to. You know, with chemistry, intelligence, and basketball acumen in mind. All that important basketball stuff we never - EVER - have.

But even with that said, even in going the right direction, of course, in true Knicks fashion, we trade away semi-valuable pieces and receive, well nothing in return.

Sometimes, the Knicks will always just be the Knicks.