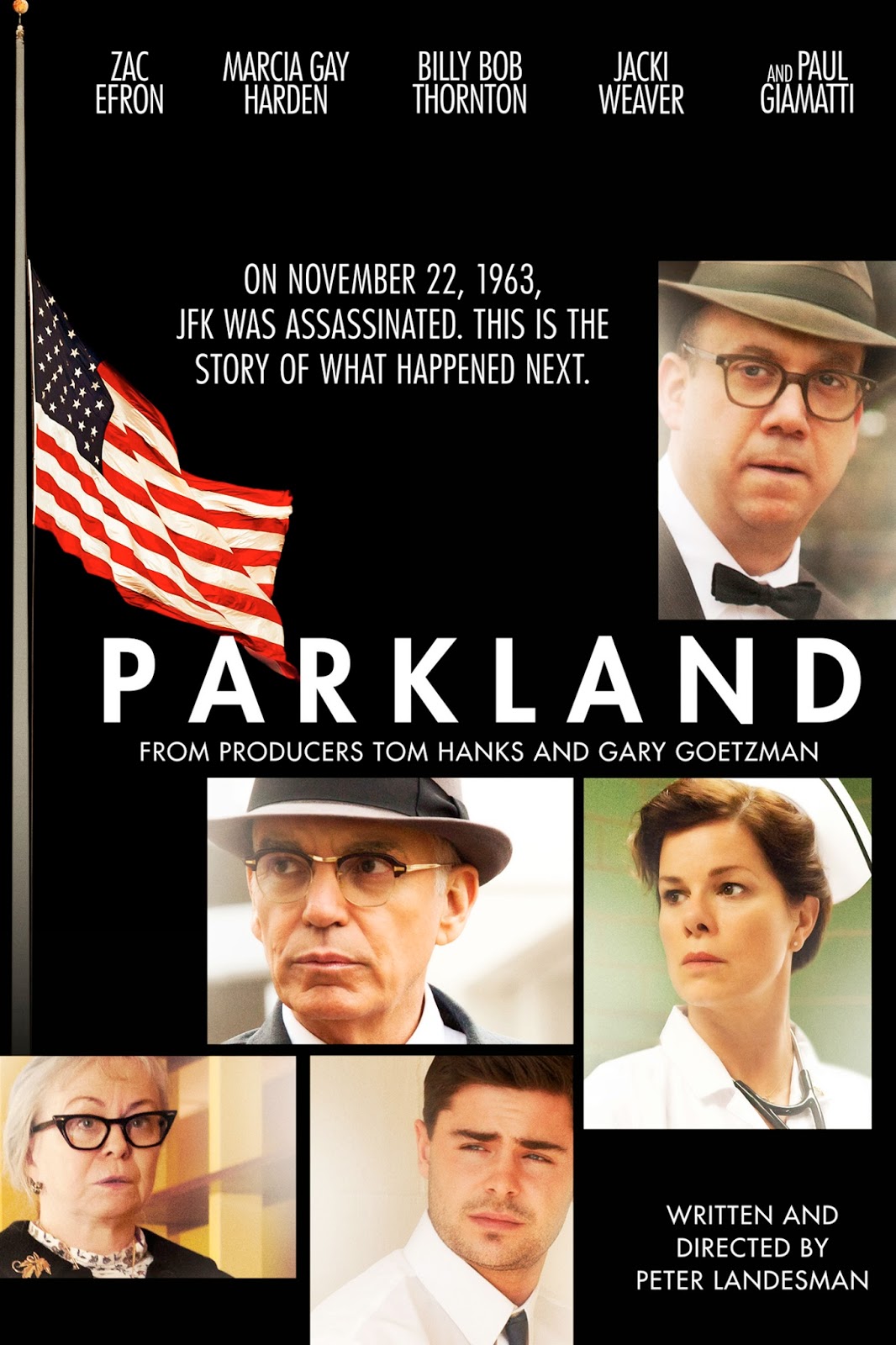 The story of the assasination of President Kennedy, and the three days that followed at Parkland Hospital in Dallas, Texas.

After the President dies, the secret service men make it their mission to defy all Texas-state laws and personally carry the casket of Kennedy onto Air Force One.

"The President is coming with us!"

Obviously, in a recounting a story, the intrigue isn't there because well, you already know the outcome and the overall idea of the plot. However, what makes Parkland so interesting are the intricacies and the various details often untold regarding the assassination of President John F. Kennedy. Such things as the state of Texas attempting to use their laws to keep the body of the President in Texas, the story behind the Oswald family, and the mere fact that both the President and shooter died in the same hospital.

Parkland is beautifully presented, especially when it comes to the scenery and overall presentation of the 1960's. Billy Bob Thornton and Paul Giamatti, as they often do, steal the movie with their performances to heighten the tenseness of the three days the film is based on.

Overall, Parkland is a decent watch, and a very intriguing one for historians, and for those interested in certain moments in history.