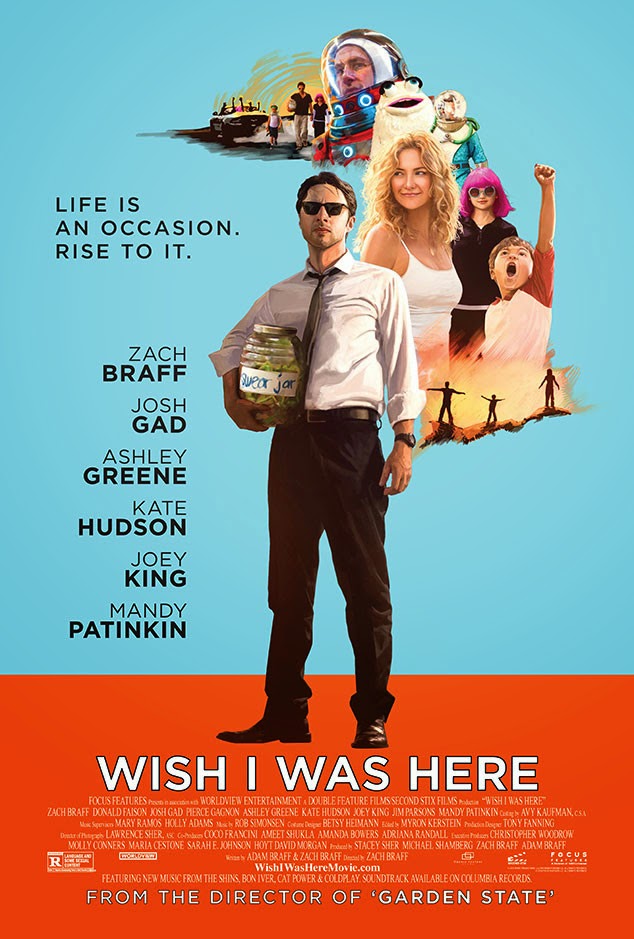 A mid-thirties father finds himself at a crossroads in his life as his chase for his dream flatlines, his father is dying, and his wife is unhappy.

While laying on his bed, Sarah opens up to Gabe and lets him know that now isn't the time to be critical. And before he passes, it is very important that he reconects and lets his two sons know how he feels.

"Maybe we're just the regular people. The ones who get saved."

Wish I was Here is an peculiar film that is hard to nail down in a review. Directed by Zach Braff, the film is actually insightful, thoughtful, with lots of comedy that comes together for a great indie film on coming of age for the mid 30's adult. At the same time, there are several things throughout the films, such as the random scenes and subplots which really goes no where. For example, the entire Comic-Con subplot.

Nonetheless, Wish I Was Here still pulls off a decent film that is intriguing. The range of motion from relfection to outright silliness is the right blend that carries this film along.

Of course, Zach Braff leads the way in the lead role of Aidan Bloom, but kudos should be given to Kate Hudson, who dives outside of her typical rom-com/chick flick adventures to really do a good job in her roles as Sarah Bloom.

All in all, WIWH is a decent film that is worth the watch if you have two hours to kill. Nothing crazy, but definitely a good watch if you take the leap to do so.