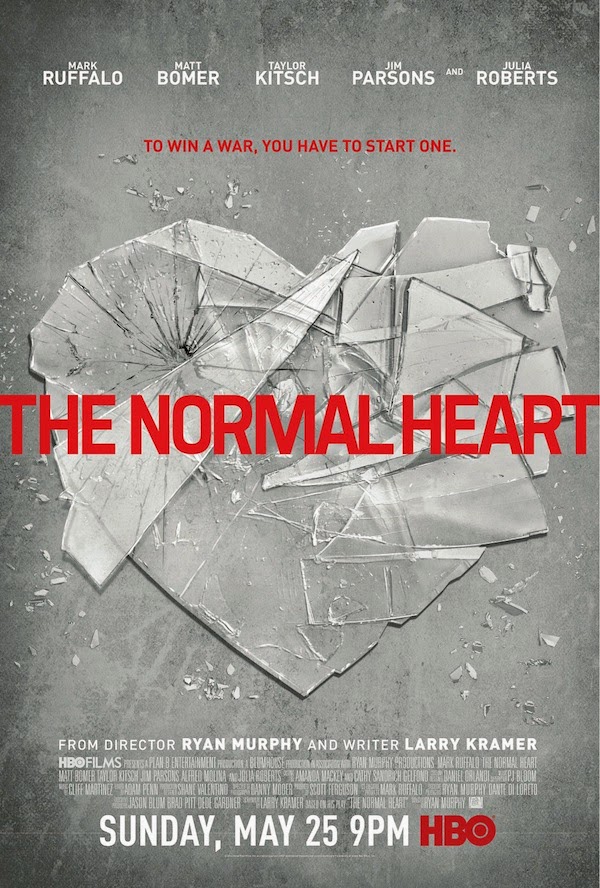 A group of gay activists attempt to raise awareness about HIV/AIDS during the early 1980's.

After weeks of attempting to break through main stream society, Mickey is called back from vacation in what he hopes was a meeting with the Mayor's only to be stood up. He eventually flips out and shares his fears and frustration with Ned and the rest of the group on their overall cause.

The Normal Heart is a very interesting film. Not one released to theaters, but developed and produced by HBO, the film is engaging, and progresses into a very powerful and thought provoking picture. There are times where The Normal Heart can be a bit graphic and over the top, but you learn that it was meant to describe exactly what was going, and why this group of activist were trying to change the behavior of a few. And even then, there were some scenes that were unnecessarily graphic. Hey, it's HBO.

Where The Normal Heart shines is the acting, specifically Mark Ruffalo. Holy smokes, Ruffalo was absolutely amazing. Terrific. All of those snippets of praise that make the movie reviews. Ruffalo has always been a favorite actor of mine as he's usually very good, and that carries over into a good film. The Normal Heart is no different as Ruffalo killed it in the role of Ned. Can't praise it enough.

If you're able to get through the extremely graphic and sexual scenes, The Normal Heart is a good film that takes you back to when AIDS hit the scene, and it's perspective from the gay community.