Dome Pondering Movie Review: How to Train Your Dragon 2 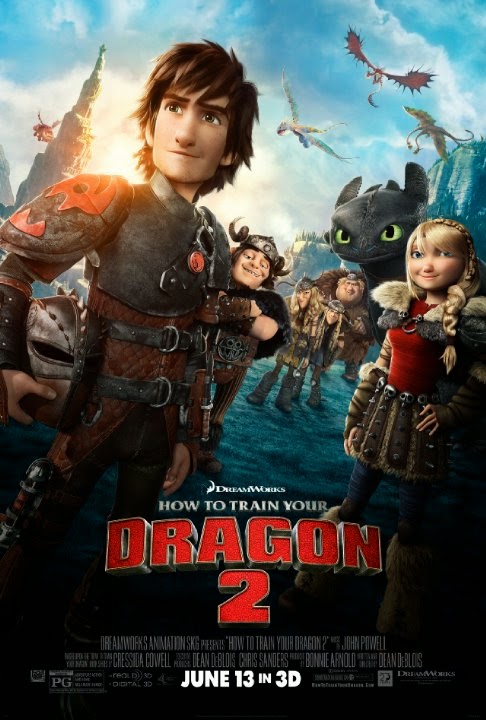 After learning about a new land that houses dragons and another dragon master, Hiccup and crew are thrown into a situation of defending the peace.

After accidentally coming upon the new land and learning of Drago, who is storing an army of dragons under his control, Hiccup and crew get into a minor altercation before escaping.

"I'll bloody his fist with my face if he tries to take my dragon!"

I wasn't sure how to feel about there being a sequel to How to Train Your Dragon. The first one was really good, told a great story, and also wrapped up with the usual happily forever after ending. Ah mean, what else could happen, right?

Usually sequels either destroy a series, or prolong it, and HTTYD2 barely squeaks by as the former. The film does indeed have an interesting (and very creative) plot of a new villain who rules dragons and uses them for evil, and also adds a new obstacle to overcome for Hiccup and gang. Though I admit, part of me wasn't sure I was completely buying it. Nonetheless, it is passable. I could have done with out the whole shock of there being two alpha dragons. Seemed a bit much for me. Just bloggin...

Nonetheless, the film is solid, and that's all you could really ask for. It gets by, and gives you enough of the lovable vikings, while also leaving the possibility open for a third installment.

Overall, in my opinion, it's not better than the original, but a good enough followup. Check it out.