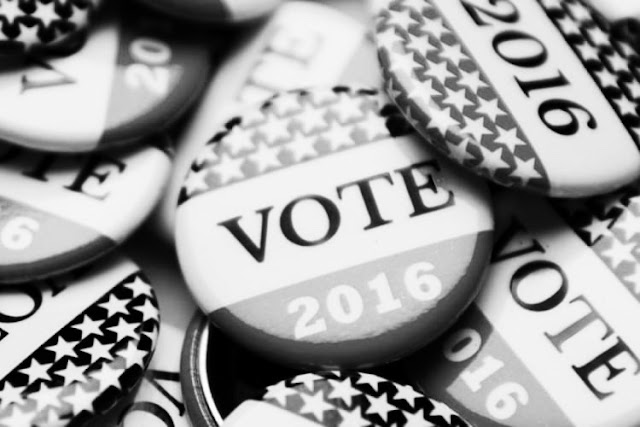 Well, it all comes down to tomorrow. In just a few hours, I will awake, jump on my bicycle and head to the nearest school to punch my ticket to vote for who I believe should be the next President of the United States, and then well, carry on with my day until an announcement is made later on. That's if, you know, things don't work out for Mr. Trump and he holds up the whole ordeal. I personally am expecting this very scenario for tomorrow night. Just my prediction. And if it happens, oh boy, stay tuned!

Regardless, on a night like tonight, it's rather weird to think of the road to this very point. For me, this all still doesn't seem real. It feels as if, at some point, somehow, during the coverage tonight, someone tells the American people that we've just been Punk'd. After all, that would explain so much and answer the various question that I have about both candidates sitting here a mere minutes away before midnight.


So yeah, if you couldn't tell, I'm not excited, enthusiastic, or even moved by either big candidate. And don't I trust any of the other candidates because I feel like I haven't seen enough (or at all) of Gary Johnson or Jill Stein tested through the wringer that was the past few months. Voting this year, especially in the biggest year in all of the election cycles, seems like such a dud.

And really, isn't that the popular opinion and overall consensus on this race? It's been embarrassing, ridiculous, and we're all utterly fearful for what's to come. Those who think this entire nightmare ends tomorrow don't understand that this is just the beginning.

As I punch the keys tonight, I still don't know what I'm going to do in a few hours. Yes, that's the truth. I know how I would rank them as far as my dislike for them goes, but that doesn't do much for my responsibility in voting. I'll be super duper honest, I've even seriously considered a write-in possibility. At this point, there is a huge conflict in making my vote matter and being at peace with who I voted for. Often, it's a package deal. This year, it's mutually exclusive.

Nonetheless, whatever. History is going to be made tomorrow in some fashion. Election Day is finally here, and all I ask is that everyone go out and vote. Please vote! Vote for whoever it is you want to vote for. Write in a candidate if you want. I actually may do just that. But use that right, as many take it for granted.

I'll of course share my vote and reasoning (if there was one) with you all tomorrow, once this whole thing shakes out, of course. I can't wait to see who the next tenants signing a four year lease for the White House will be.