Over Kanye West And Him "Losing His Mind" 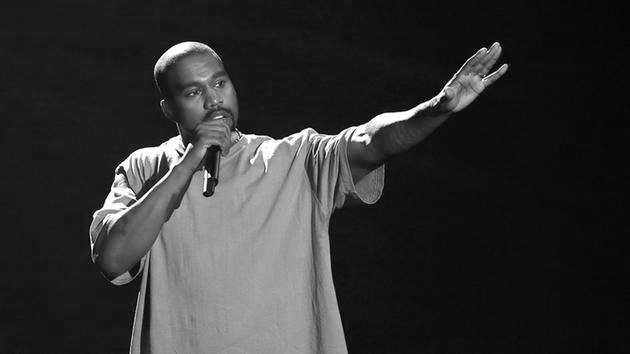 When you think Kanye West has lost his mind, he does something that completely makes "losing your mind" seem like an understatement. Post-election, in a time period where the nation is in a tumultuous time, especially, among young people who are attempting to understand what is happening, regardless of what side of the coin they are on, Kanye decides it's the perfect time to take a political stance that reeks of well, Kanye.

So, as he stated at his concert last night, he didn't vote, but he would have voted for Donald Trump. And then followed up that mic bomb with the epic statement of telling black people, "stop focusing on racism."

Okay, thanks. I'm glad you've decided to take a political stance by not voting. Strike one.

Telling black people to stop focusing on racism? Strike two and three. Maybe four, five, six, and seven, if possible. Apparently someone has obviously gotten lost in their new privilege.

Obviously, it's not the "vote for Trump" statement that bothers me. Quite frankly, I wish everyone would vote. I completely detest the act of not voting, especially from those who follow it up by wanting to discuss political matters. Just me. However, what bothers me is the stronghold Kanye West has on this generation. Many adore him, look up to him, and follow him, and he uses that platform for statements like, "stop focusing on black people."

It's the follow up of a dissappointment when Kanye had an open mic at the MTV VMAs (obviously a political stunt), started talking about systematic racism in Chicago, just to veer off and make it about him again by pointing out Amber Rose, and whatever else drives the tabloids.

I'm sure he did this for attention, as we know how much Kanye loves himself a national headline. Yet, regardless, it's severely and utterly disappointing for a person from Chicago (of all places), to do absolutely nada for the area. Instead, West has been wrapped up with the Kardashians, selling a line that doles out $200 shoes and $400 sweaters (with holes in them!), and of course, now attempts to tell a group of people who were used and abused in order to build this nation, and have been oppressed ever since, that they need to focus their attention elsewhere.

Kanye is a musical genius. There is no denying that. But, this latest episode of "Kanye losing his mind" has me walking away completely, regardless of talent. I just hope young people who hold him in such high reverence do so as well, or at the very least, can separate the music from the man.