December 10, 2012
Fans are what drives the entire billion dollar industry that is sports. However, as we all know, there are certain fans that annoy you and really get under your skin. These fans don't necessarily have to be opposing fans of your team's rival, but simply sports fans in general. These people are the fans that really annoy you. Some of us at one time have been guilty of becoming one of the types of these fans, but there are fans that take on these roles full-time, and a few who are simply just born that way. Regardless, they are highly annoying to talk to. The following Pondering 10 list takes a look at the top offenders. 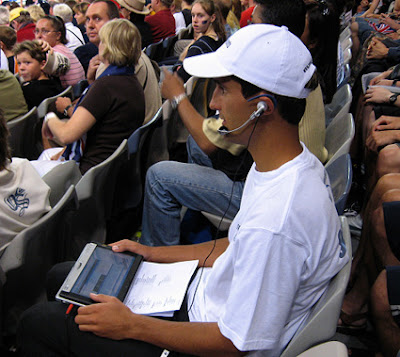 10. The Nerd Fan - Now I'm all for knowledge and education. However, this fan somehow memorizes statistics and events for every moment in history and uses it even in situations where it doesn't apply. This fan will be the type to tell you that Wilt Chamberlain was a better basketball player than Michael Jordan, and throw numbers at you to prove the argument. And don't even get me started on those that attempt to break the game of baseball down into all of these new sabermetric numbers. Somethings on the field or court simply cannot be explained. Just admit it. 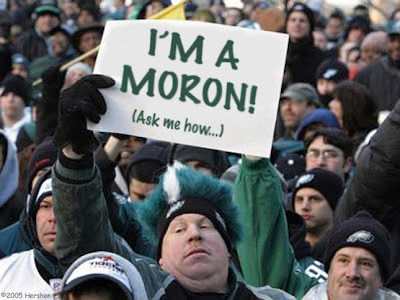 9. The Alien Fan - This fan is a bit more ridiculous than the nerd. This is the fan that will make such outlandish comments, you have to wonder if they are even from this world. Usually these fans make these crazy comments to sound cutting edge, but really, they sound ridiculous. 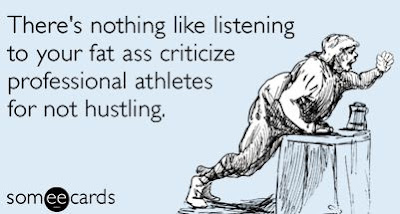 8. The "I Can Do That" Fan - The fan that has no idea how tough professional sports are or can be. This is the fan that will of course complain and belittle the performance of an athlete thinking they can do a better job. 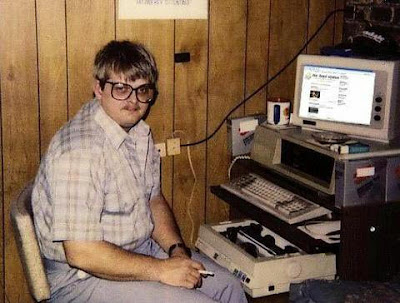 7. The Get Out of Your Parents Basement Fan - We all know the type. Way too invested. Watches all of the games. Knows everything. And holds sports as the be all, end all for their life. Hey buddy, get a job, maybe a girlfriend, get out of the house, and well...get a life. 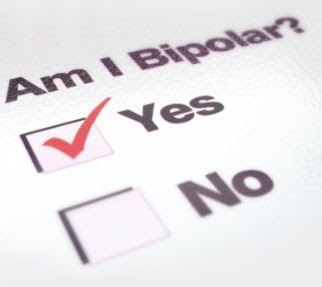 6. The Bi-Polar Fan - These people are annoying. When their favorite team wins, they will make sure you know about it. If the team loses, they'll pout and act as if the world is ending tomorrow. C'mon buddy, be a good sport about this!

5. The Yesteryear Killjoy Fan - Usually regarded for the older folks. How many times have we heard, "Weeeeeeeeell, back in my day, that wasn't a foul. The only foul called was if you had blood on your face." These fans usually exaggerate everything that happened in the past because in their own mind, "sports just aint the same anymore." 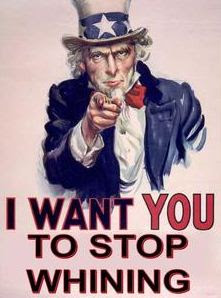 4. The Baby - This person complains about EVERYTHING. The ticket prices. The TV start times. Every single move their team makes. They'll let you know how stupid everything is. All this fan ever does is complain, and never offers a solution to any of the problems. 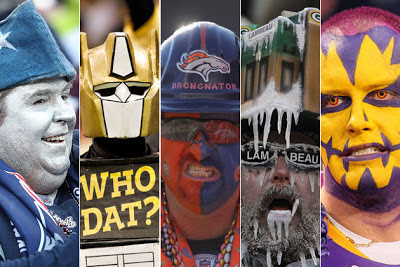 3. The Psycho - These are the guys that paint their faces and would knock over their grandmother if she wore the other teams colors. We've seen the stories of these guys fighting or being belligerent in what should be a family atmosphere at these games. Hey buddy, calm down. Having your skin color be the same as your favorite team's and being drunk by halftime isn't going to help your team win.

2. I am Correct Fan - We all know one of these fans. One of the great things about sports is that it allows for constant talk, chatter, and debate. Sometimes, they are endless, without any right answer. Not to this guy. This fan knows it all. He knows who the best player is right now and why. Every argument he makes is right, because he just is. 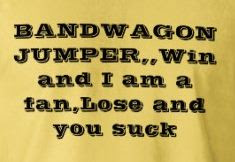 1. The Fraud - And finally, one of my biggest pet peeves in life, the fraud, or as I call them, fraudbags. You can read my explanation on fraudbags here, but to wrap it up, it's basically any bandwagoning fan. You know the type - liking teams that suddenly are winning, switching allegiances, and liking an assortment of teams that have no rhyme or reason other than they all win a lot.

Not a fan of these guys.