We Have To Do Better: Dealing With Newtown, CT Tragedy 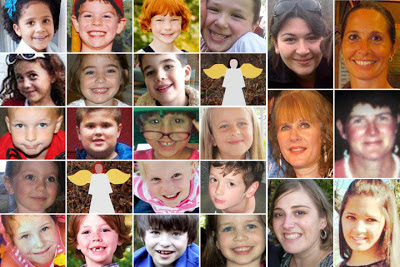 Those were the words I wrote following the tragedy that was the Aurora, Colorado theater shooting (Horror in Aurora: Where Are We Safe?). Sadly, we now can add an elementary school to the growing list of places we are no longer safe in.


I was on vacation when the news broke about the shootings in Newtown, Connecticut, eventually learning about the tragedy later in the day. Those same exact words I wrote came to mind as I heard the heart-breaking details about someone opening fire upon elementary school students.

I honestly do not believe that this is the shooting that finally should force us as a society to take action. That time in my eyes was a long time ago after Columbine, Colorado. However, this is the tragedy that will, hopefully - should - awaken us to the fact that this is long overdue.

It's the type of tragedy that I can type a thousand words on, and never capture the feeling we all have dealing with this situation.

As I said earlier this year, there is a huge problem in our society. Very huge.

Are guns and gun control a part of it?

Yes. Absolutely. No question about it.

However, guns are only a symptom of the problem at hand.

I've been in favor of gun control laws that make it difficult to acquire guns, FEDERALLY, for a long time.   Laws that require background checks and mental stability tests. It should never be easier to acquire a gun than an apartment.

We have laws on drugs and prostitution, yet they continue. So I'm not totally naive to think this is the solution. With 3,000,000 registered guns already in our nation, and who knows how many more illegally, the wars on guns will never be a perfect victory. However, laws at least make it difficult.

So yes, our current gun control laws are a reflective symptom from a bigger problem.

A problem, that is obviously a huge issue at the core of our society that festers and grows everyday.

And it is a loaded issue that honestly, as a nation, will take a long amount of soul searching to find the root of, and the eventually cure.

But for now, it all can be issued in five words.

I hate to get up on a soap box, but when else is there a more appropriate time to do so?

I'm not buying the disorders and any other excuse we attempt to drum up. These tragedies are clearly more frequent these days than any other period in history.

We are obviously doing something wrong. Very wrong.

And it all makes me frustrated.

Frustrated that we continue to bicker and spin our wheels on an issue that needed to be brought to the table over a decade ago.

It makes me angry.

Angry that little boys and girls now must fear for their lives in a place where they should be building a future.

It breaks my heart.

To think of all of the families and children who have lost loved ones to such a stupid and senseless tragedy.

Disappointed that this is the world we now live in.

The meaning of safe is now a mere figment in our society.

And we have no one to blame but us.