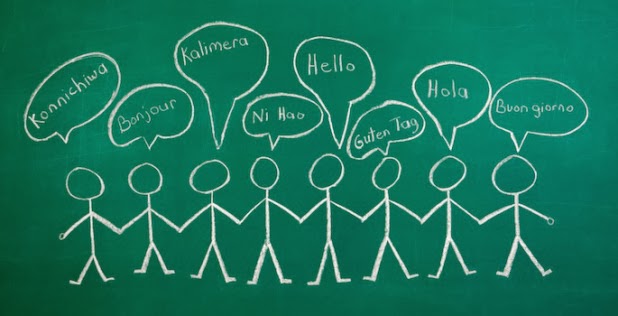 It's been proven that there are two distinct times of the year where productivity in the workplace are at its lowest. The number one period is the week between Christmas and New Years Day, and the other is the week of Thanksgiving.

As the sun continues to set on the year that is 2013, and the planning and pondering ramps up for the DP's biggest post of the year, I found myself perusing the 2013 Bucket List (go ahead, take a look on the left sidebar) and looking at what I failed to accomplish this year.

With plenty of downtime at work (and of course falling into statistically proven behavior), I decided to simply knock one of the easiest tasks off the list in learning how to say "hello" in ten different languages.

I've always admired those who are multi-lingual, and find it rather embarrassing that English is the only language I have confidence communicating with. Us Americans are so arrogant. It's rather sad. Even more so when you think about the amount of required foreign language classes in High School curriculum's across the country.

Including High School and Junior High School, I've taken five years of Spanish classes. I've passed them all. I've even done well on some advanced class exams. Yet, here I am, and the only stronghold on the language I have is to listen and recognize a verb, or a word in a statement or sentence, and pretty much throw out my best educated guess on what was being said. ¿Por qué no estoy trabajando? Ahhhhh, yes, yes! I think it says something about work! I'm so bilingual!

Nonetheless, with that said, I picked ten languages that are most likely to be heard here in New York City. You know, for that one day where I'll be able to say "Hello" to someone in their native language and then awkwardly submit by looking down and shamefully admitting the end to a once engaging, and potentially helpful (on their end), conversation.

With that said, here are those translations along with phonetic pronunciation in the event you'd also like to learn:

The good thing is, learning this is at least work related. Not a total loss of productivity this week.