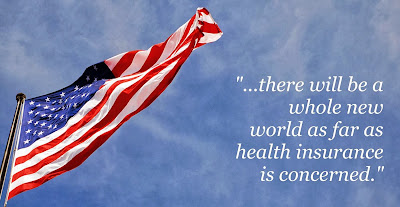 The longer this ordeal regarding the implementation of the Affordable Healthcare Act continues, the more it reveals itself to be a colossal mistake. More specifically, it becomes a huge stain on the presidency and legacy of President Obama.

After the technical difficulties the website faced, and the now low numbers enrolled in the program, it's really hard to defend the implementation of "Obamacare", or there I say, even President Obama.

DP Devotees know this, I am not one for political lines. I find the parties today to be too focused on defeating the other side rather than doing what is best for the country and it's overall well being. And I mean "well being" as a whole country, not just for a few select groups and/or demographics.

However, I honestly felt that the President was the right change for this country back in 2008. And again, being brutally honest, I thought he was simply the lesser of the two evils in 2012. A stronger Republican representative was needed. And that too says much about the party today.

Nonetheless, one of my biggest sticking points with President Obama has been his constant push to establish the Affordable Healthcare Act through it's passing in 2010. Even in his first term, when recovery from an economy in recession was vital, I never understood the urgency and even the reasoning to get this through.

At a time when many were out of jobs, finding a way to reform healthcare and healthcare insurance just seemed like an issue to tackle down the road. If some don't have jobs, what's the point? Seemed rather elementary to me. But that's just me.

Yet, here we are, and this act is moving forward. Millions have lost their current plans and provider, something the President assured us would not happen. And not very few are buying into this new idea a week into it's availability. 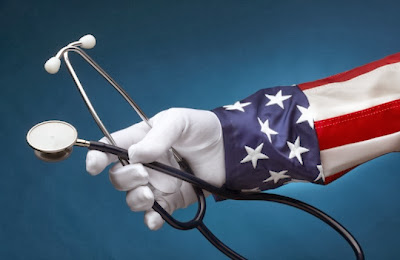 Personally, you can count me on the list of people who feel that certain medicare expenditures and policies should be optional. And to be frank, there are some (Note, I said SOME, before you begin to attack me) healthcare commodities that are not elements of entitlement.

I agree our health care system was, and still is, in dire need of reform. Preferably, I think Education reform should be higher on the list, but once again...another post for another day.

Healthcare reform is something this country needs to look at effectively. And there are and were some kinks to worked out and some changes needed to be made.

Yet, even with that said, it's hard to support the President in a bill that feels rushed.

It's hard to support an idea that strips the American people of their right to choose their own type of healthcare service/provider; is forcing the hand of many employers on how they offer coverage for employees; taxes the middle-class heavily to support service and care for others; confuses all of us - even those in favor of it; and ultimately seems rushed for the purpose of getting it done before this term is up.

I was confused then on this bill. And I'm confused now.

Which says a lot about this whole process which is supposed to be a change - you know, the good kind.