We're moving on to the bracket championships in this tournament. As per the rules, this round is again a best of three with the following criteria: (1) Better NFL Quarterback; (2) More interesting Talk-show host, and if necessary; (3) Better College roommate. With that said, let's see who wins their bracket and advances to the Final Four.

Here is the updated bracket: 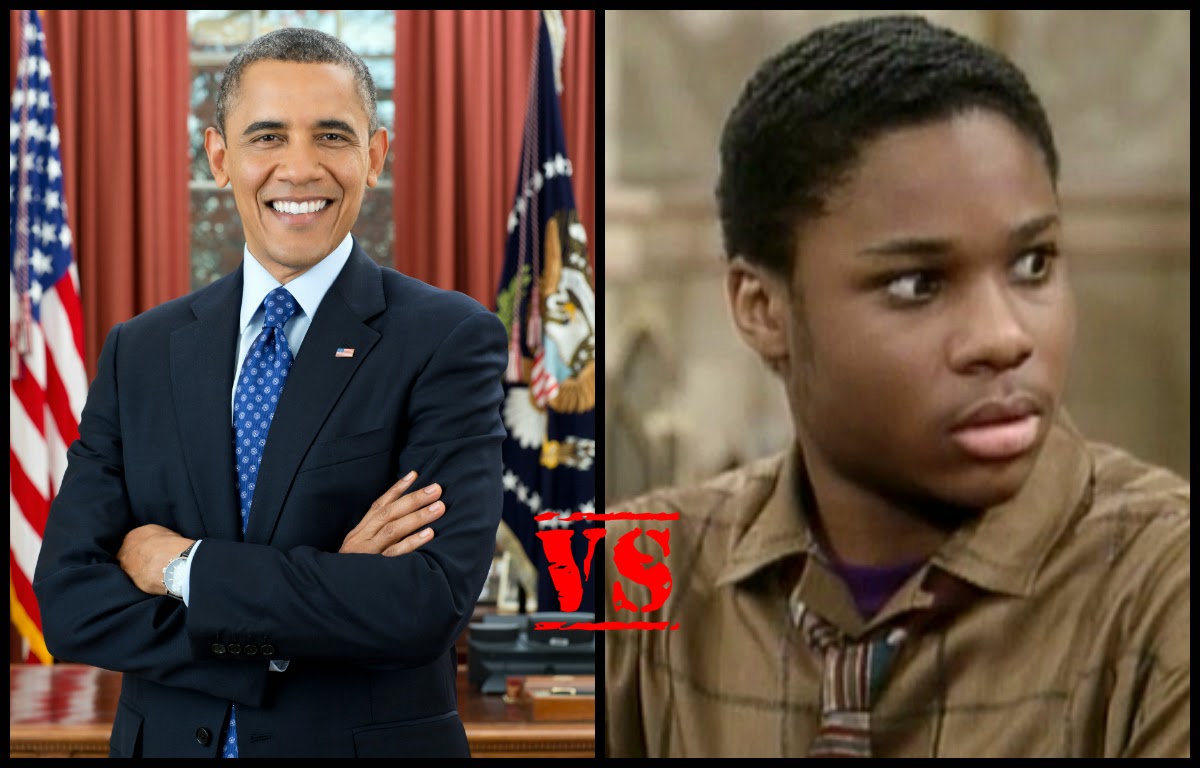 Better NFL Quarterback - This one is interesting, especially since President Obama has dominated throughout the Clash, and Theo has been quite the Cinderella story. However, again, how can you not give this to the POTUS? He's insanely smart, a leader, charismatic, and left-handed. He has quite the make up to be a good quarterback. Unfortunately, while Theo is a good athlete, he's a bit indecisive, chaotic, and flaky on decision-making. Not good quarterbacking qualities. (Obama 1-0)

More Interesting Talk Show Host - Could the POTUS host a show after his presidency? Absolutely. However, politicians are wired to be so PC and diplomatic, that it would make for a pretty boring show, especially after the appeal of a former President hosting a show wears off. Theo has the personality that would be great for this, especially with Cockroach (remember him?) as a special guest. (Tied 1-1)

Better College Roommate - Theo would make for an awesome roommate. From the looks of his roommates on the Cosby Show, they seemed to have had a great time at NYU. However, rooming with the future and historical President of the United States, that's a once-in-a-lifetime opportunity. Especially, when you would get to know the real POTUS before politics and agendas became a lifestyle of his. (Obama wins 2-1). 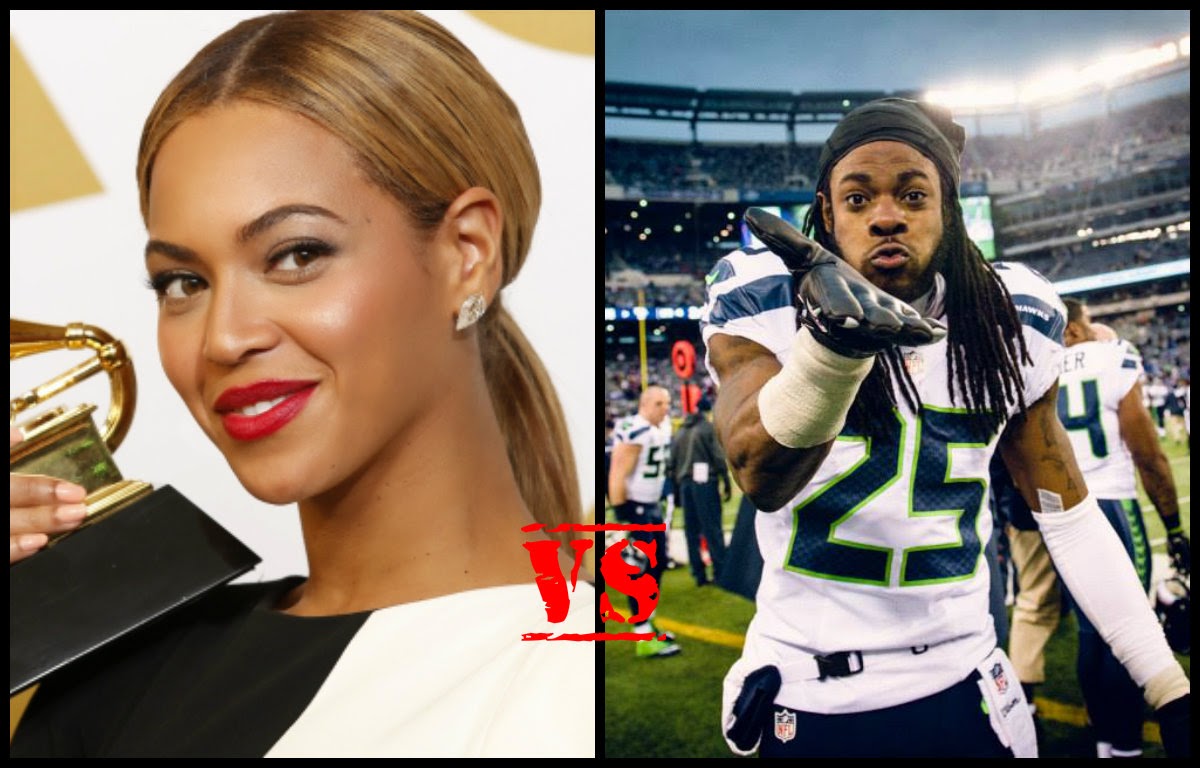 Better NFL Quarterback - Beyonce is special. A rare and special performer who broke away from a group and did special things on her own. Those are the type of characteristics that make up an NFL quarterback. However, Richard Sherman has those very qualities as well. And again, we forget, Sherman is a Stanford graduate who is currently finishing up a Masters degree there as well. So you know he is smart. And of course, he plays cornerback, so he'll have an idea of how to be an even better QB. Sorry Bey, Richard takes this one. (Sherman 1-0)

More Interesting Talk Show Host - Beyonce as a talk-show host would have massive hype, but eventually, I feel her soft-spoken ways wont cross over to such a genre. Sherman on the other hand, obviously from this year's NFC title game, has no problem letting people know what he really feels. That makes for excellent television. (Sherman wins 2-0) 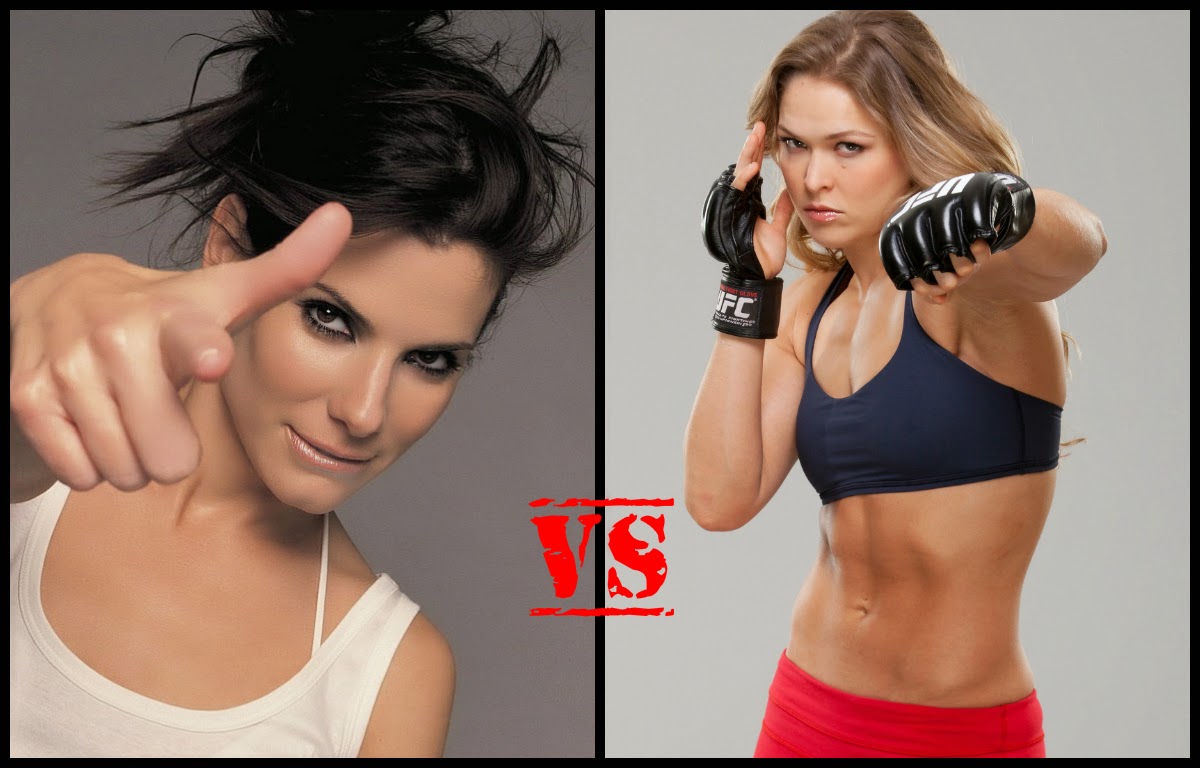 Better NFL Quarterback - This is tough. While Rousey seems like the natural pick because of her physical nature, there just seems to be a rather leading quality in Sandra Bullock that is applicable to an NFL quarterback. Rousey is usually solely responsible for herself in her line of work, while Bullock can also help raise the abilities of others in hers, something NFL quarterbacks need to do. (Bullock 1-0)

More Interesting Talk Show Host - Rousey isn't one for talking. She just waits for the ref to begin the fight, and she proceeds in destroying you and eventually tapping you out via arm bar. While yes, you can argue that would make for great talk-show TV, Bullock obviously has the personality and experience that can translate over to this area. (Bullock Wins 2-0) 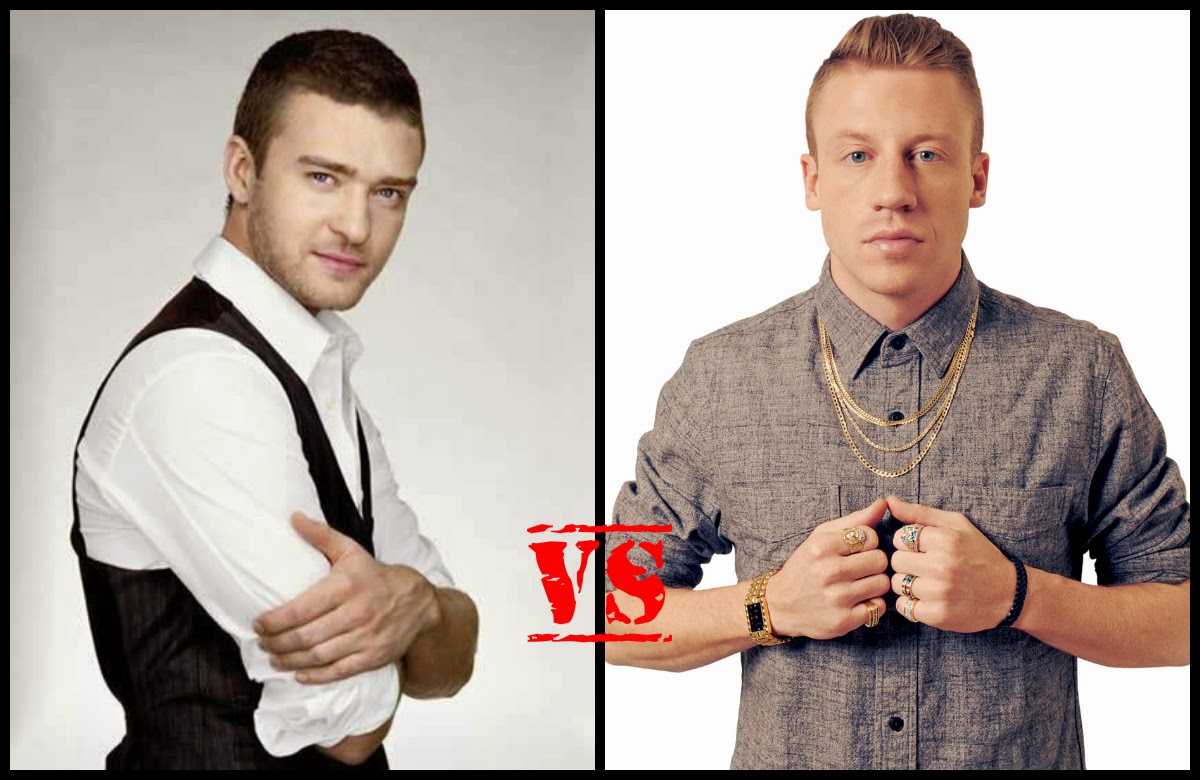 Better NFL Quarterback - So let's see. Is it the guy who carried a mediocre group, which neither member have done anything since, or the guy who is part of a duo (or is he?) and yet no one is aware of the other guy. It's quite apparent that JT pulled of a miracle parallel to what Peyton Manning does with lousy wide receivers. (Timberlake 1-0)

More Interesting Talk Show Host - I feel like Justin Timberlake would merely just say anything to side with the women-filled audience he would definitely have if he hosted a talk-show. He'd be that guy. You know, the guy to simply cater to the ladies and the latest PC dialogue. Macklemore is definitely more outspoken and isn't afraid to voice his opinion, whether you agree or not. Much more interesting. (Tied 1-1)

Better Roommate - This is tough. I don't want to speculate, but being roommates with Macklemore seems like it would be completely chill and cool. Timberlake, a Disney kid on the superstar rise, just seems like there wouldn't be enough room for me, him, and his ego at that age. (Macklemore Wins 2-1)