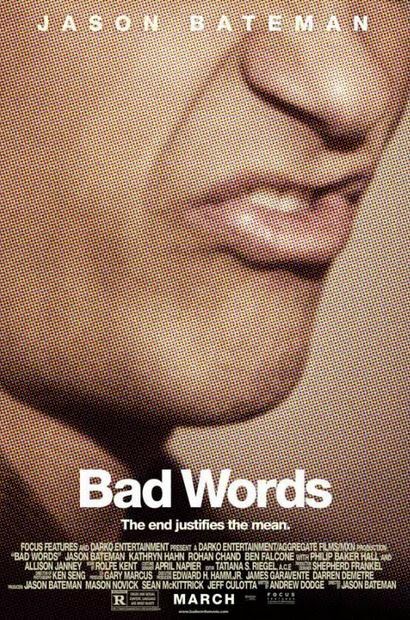 A forty-year old adult finds a loop-hole in the rules of the national spelling bee to avenge personal reasons from his childhood.

While on the flight to the national spelling bee, Chaitanya turns around and immediately attempts to become friends with Guy who wants none of it.

Going into viewing Bad Words, knowing it was directed by Jason Bateman, I expected lots of crude and graphic humor. The trailer was in fact pretty funny, especially the line regarding the chair and the overweight kid. Bad Words lends itself to more of this type of humor throughout the movie as Bateman, in the role of Guy Trilby, carries the film.

Bad Words is exactly what you would expect. It's funny, it has it's uncomfortable moments of comedy that feel like it crosses the line, and it tells a decent story. Not the greatest story, but it's simply and basic enough for interest, and for replay purposes. There are a few moments. at least for me, where hearing a child being either cursed at or using foul language, just felt uncomfortable. Especially, when that child is Rohan Chand, who I just recently saw in the super serious role in Lone Survivor.

Regardless of the moments of ill-comfort, Bad Words is just entertaining enough to watch, but one of those films you save for a rainy day, or to simply catch (edited) on TBS, FX, or some other cable channel.