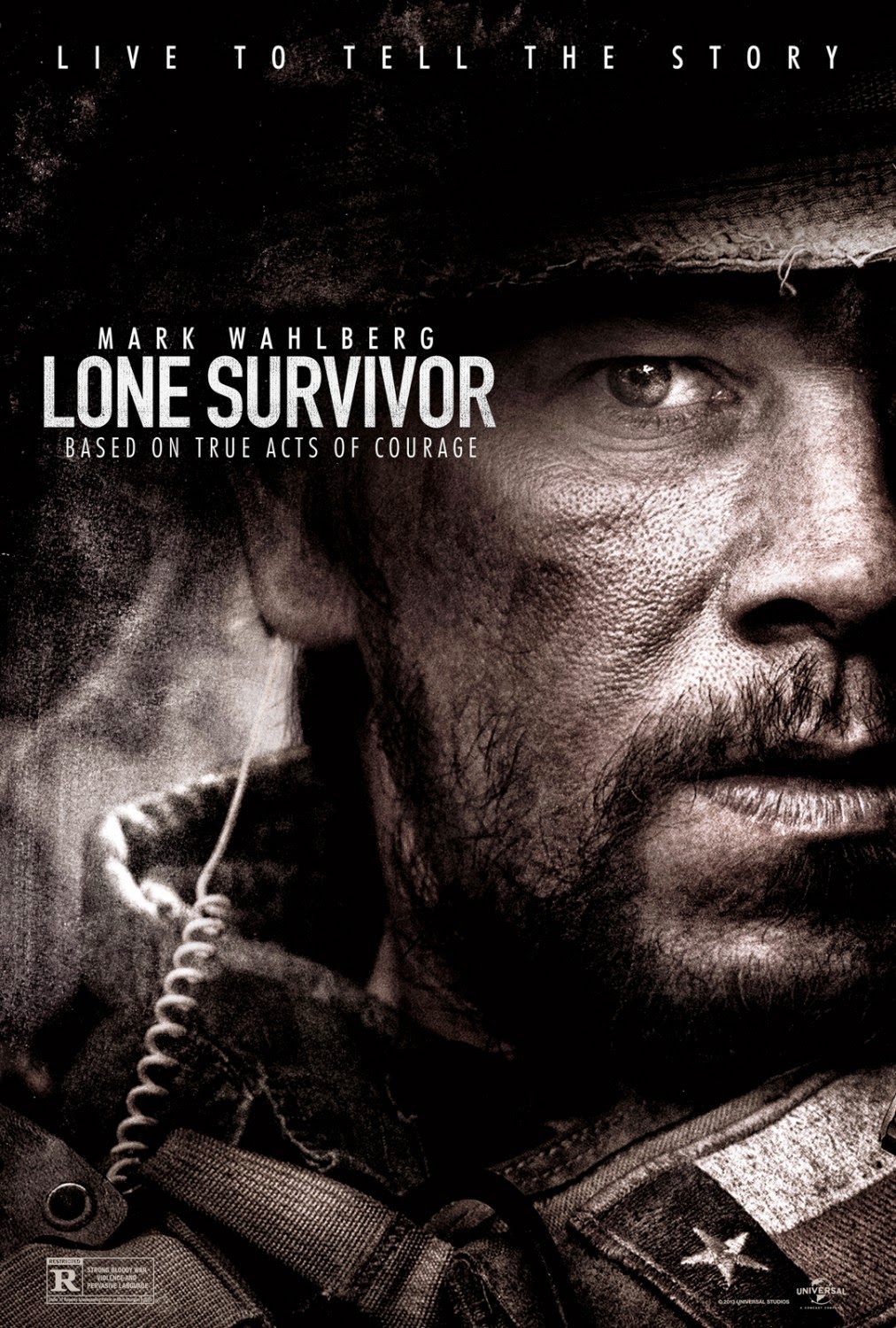 The true story of Marcus Luttrell and his fellow Navy Seals who set out on a mission to kill a Taliban Leader, but end up in the fight of their lives.

After realizing they wouldn't survive without radioing for help, Michael gives up his life in attempt to radio back to base for backup and rescue. The scene leaves Murphy's body limp and kneeling on a cliff.

"Anything in life worth doing is worth overdoing. Moderation is for cowards."

I'm a sucker for a good war story and movie. Lone Survivor, based on a true story, is a film that is very difficult to dislike. The film not only reminds us of the sacrifices and incomporable strength of the United States Navy Seals teams, but also gives us a small taste of the front lines in the war on terrorism, and the efforts that goes into defending our freedoms.

As a HUUUUUGE fan of Friday Night Lights, I was pumped to see that Peter Berg directed this film, and it's quite obvious from the opening scenes. Love Survivor is a smart and intelligent film that allows much of the scenes to speak for themselves, and does a great job of connecting the viewer with the Navy Seals team in Afghanistan.

The film is filled with a non-stop progressing plot with very little downtime and constant intrigue. Mark Wahlberg slowly has become a personal favorite, and is really good in the role of Marcus Luttrell. However, it is Talor Kitsch as Michael Murphy, who shines and moves away from some of the "pretty boy" typecast roles he's had in the past.

The film is loaded with violence, but definitely tells a story that every believer in freedom ought to see. Especially considering the effort put forward by these men under the conditions they faced. Lone Survivor is a great film, and one that is highly recommended.