It's Retiring Time! - CM Punk Should Be Applauded For Leaving Pro Wrestling 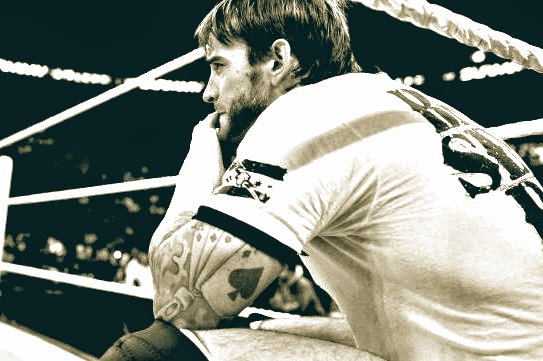 For those who are aware, it's no secret that the wrestling industry is an extremely demanding one. It is physically and mentally exhausting, and that just happens to be from the talent and performing perspective. There are the politics, the grind of constant travel, the paying of your dues, the demand from fans, the extremely stiff competition, and the many, many types of addictions that there are, all which add to the heaviness within the pro wrestling industry.

So when CM Punk decided to walk away from his top spot in the WWE, and the entire industry as a whole, I found the backlash he received from fans and a few outspoken individuals in the industry, to be unwarranted, uncalled for, and quite unbelievable.

I'm a fan of CM Punk. Not a huge fan, but a fan, nonetheless. I also do enjoy and respect his efforts and unique talents he brings to the table. Truth be told, Punk is actually quite talented and is one of the more popular wrestlers we've seen over the past five years in pro wrestling. He's also managed to garner quite the cult-like phenomenon from some who felt like Punk represented all what they wanted out of pro wrestling in this modern age.

And probably due to this odd representation of the wrestling fan who feels his demands are unmet or ignored, CM Punk's departure felt like a betrayal. And for others, it was the usual we've come to expect these days from pro wrestling fans who have become over-demanding, unforgiving, and unsatisfied with anything presented from the pro wrestling business. With the window to the industry that is the internet and the instant gratification and anonymous avenue of social media, every fan wants more, more, more from the talent, and have become increasingly ungrateful in some aspects.

Personally, I never begrudged or placed fault on CM Punk for leaving, or "quitting" (though, as we later found out is probably not true - more on that in a bit). To be honest, as stated before, the pro wrestling business, especially the schedule of the WWE is insanely tough. It's sad watching many of my childhood favorites falling victim to the business in one of three super sad ways; (1) Sticking around in the industry well past their prime into their senior years because they can't live life away from the character they portrayed or even the spot light, possibly both; (2) Still wrestling because they blew all of their money, and are such a wreck from addictions and the effects of the demons within the pro wrestling industry, that their present begins to eat away at their legacy; or (3) Destroying their bodies to the point where they either can't enjoy their latter years, or worst, having the lifestyle of pro wrestling cut short their lives. Unfortunately, we've seen it way, way too often.

So again, my initial reaction was, "good for CM Punk!". I hope he enjoys himself if he is truly done with the business.

And then of course, we all get the two hour interview that he did with Colt Cabana on Cabana's podcast where Punk pretty much opened up and told his side of the story. We learned plenty of things about how he was treated, how the company neglected his physical issues, and certain gripes he had with management. Punk sounded very truthful and honest, especially when he admitted that he was moving and getting through his bitterness. Because after all, who wouldn't have some resentment or ill-feelings after going through his ordeal? Especially, when he revealed that the WWE fired, yes, fired! - he didn't quit - but, WWE fired him on his wedding day. Can you imagine?

Now of course, there are three sides to every story, and we'll likely never get the truth between his version and the WWE's, but Punk's recent interview did sound very genuine, very real, and very honest.

And while some may even dislike Punk for his confidence/arrogance-walk-the-line-like personality, and hey, some may still hold feelings towards him for disappearing from their favorite niche of entertainment, again, how can you really fault him?

We all know the word "never" has zero credibility in the pro wrestling business. But if CM Punk never returns, why should we hold a grudge? Who are we as a wrestling community to do so? Why should we hurl insults of "quitter" towards someone who took the ball and tried to run it for you, me, and us - the die hard wrestling fan. Quite frankly, CM Punk doesn't owes us anything.

As he stated, he's happier and healthier now than he has ever been. And he's enjoying his life, which is most important. In an industry where we've seen too many wrestler's souls crushed by the demand of the industry, it's rather refreshing to see one take the reigns of his own well-being by cutting the cord early enough rather than run the course with no passion and suffering from diminishing returns because of the false belief of  "no other option".

CM Punk should be applauded for his decision to leave pro wrestling on his own accord.

And you know what, kudos as well for a top-star calling the WWE out on it's outrageous demands. It's an ugly truth we all deny, but the WWE schedule is not a healthy one, especially for independent contractors reaping zero benefits.

Punk doesn't owe us wrestling fans anymore than what he has already given us - incredible moments, great matches, and years of his health and physical able-ness he'll never get back. If he enjoys his new life as just Phil Brooks working with Marvel and being with his lovely wife, then this fan is fine with that.

Ironically, many thanks to CM Punk...and best of wishes in his future endeavors.