Learning From the Special Olympics 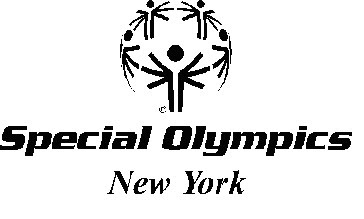 Yesterday, I had the esteemed opportunity to supervise and assist in an event I've worked on for quite a while. At this point in my career, its becoming a bit more difficult to be surprised or consider an event "new", but this one definitely was - but, in a good way. The event was the Special Olympics for the city of New York, and is under my responsibilities in my new position in college athletics.

In years past, I've done some things with the Special Olympics of New York, including some fringe work on some of their other events, but was never around to see the results of it. And as any person in the parks, recreation, event, sports, or entertainment industry will tell you, seeing the event brings it all together.

[Side blog: The mud run I participated in this past summer was a fundraising benefit for the Special Olympics of New York]

For me, this was the case as I witnessed many of New York City's best athletes who unfortunately struggle with disabilities, compete in various events. These athletes are courageous, mindful, and most of all, very respectful. Sure each have their difficulties ranging from mental and physical illness to bouts with autism, but they are always respectful.

And some of them, are actually very good athletes.

I received an award from the Special Olympics of New York during their opening ceremony, and because of that, many of the athletes ranging in ages from mid-teens to late fifties, were now aware of who I was.

As they thanked me and came up to me to talk throughout the day, I wasn't sure on how to respond. That is the God's honest truth. Not because I was uncomfortable, but because I was completely torn.

Many of these athletes as I said range in their personal life battles and challenges (as I prefer to call it). I'm sure they all would like to be treated just like, you, me, or anyone else that isn't competing under the "Special Olympics" banner. And to be honest, I completely agree. As a person born with a physical deformation that had to be corrected and still hinders much of my physical ability today, I never wanted anyone to focus on or treat me differently than normal, or at least what is perceived to be normal.

But then I had to ask, why do I keep finding myself almost treating them differently in my encounters...almost in a way that can belittle them?

Should I go about it like everyone else, or do I continue to slow things down, smile a bit more, or even extend an even more friendlier version than the norm - than anyone's norm. I saw it all afternoon with some of the volunteers babying or even scaling things down. And at times, you can tell some of the athletes just wanted to be just that...athletes. Regardless of what the banner said.

For the rest of the day I struggled with this inner conflict of personal presentation. Too much? Very little? Was that too aggressive? Am I insulting them?

Then of course, my thought process moved to adjusting me "laying it on" based on their "level". Then that quickly got dished aside as who am I to make such a call?

My parents have always said to me since I was little, "people are people" and I've always lived by that. Because, it's very much true. We often make the differences between us more than it actually really is.

Nonetheless, In the end I did what I could during the event. I always wonder if they ever feel sense insulted from those of us who honestly believe we're helping or making the situation easier?

Maybe they didn't even notice and it's not even a big deal, because they all seemed to have fun, even those who lost (and there were a lot of competitive athletes there).

But, this little quirk in life remains an inner battle for me. I'm still not sure what's the best way, or if there is even a way.