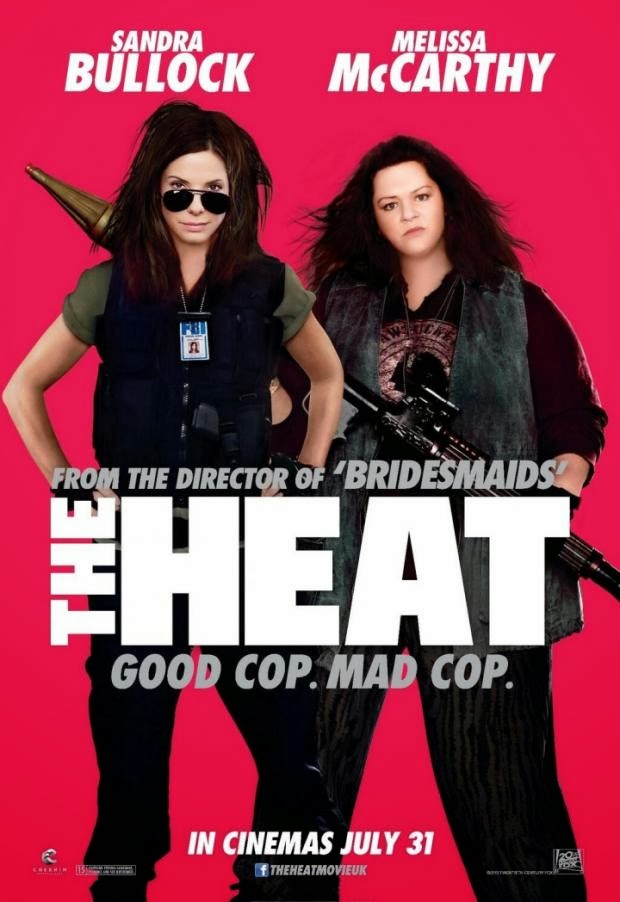 An uptight federal agent and a liberal, foul-mouthed Boston detective are forced to work together to bring down a huge drug lord.

After they both climb a fence and crash to the sidewalk, Mullins and the perp, Rojas, slowly engage in awkward slow slow chase as they limp down the block. Rojas slowly throws fruit behind him to slow Mullins down even further until she nails him in the back with a watermelon to make the arrest.

"It's my dog, I named him Kevin Garnett"
---
"What's wrong, you look a little pale? Snowcone." [In reference to an albino DEA agent]

The Heat is your typical comedy cop movie. The plot isn't as important as the journey of the main characters, and honestly, with the performance of Bullock and McCarthy, it doesn't need to be. The Heat reminds me a bit of Beverly Hills Cops (Loved those films, except for part three which was awful) with it's smart comedy quips between the two distinctly different characters.

As stated, Bullock and McCarthy are entertaining in the film. They won't be getting any Oscars for this, but the moments throughout the movie are funny, especially some subtleties that are quite the riot if you have the type of humor for it. Especially McCarthy, who has developed a reputation of being quite funny in her roles.

All in all, The Heat is a decent, entertaining film. Nothing too crazy, but easy to watch, and enjoyable. It's the type of film and foundation I could definitely see being stretched into a sequel, and I wouldn't mind it at all.

Give it a watch, it won't hurt.