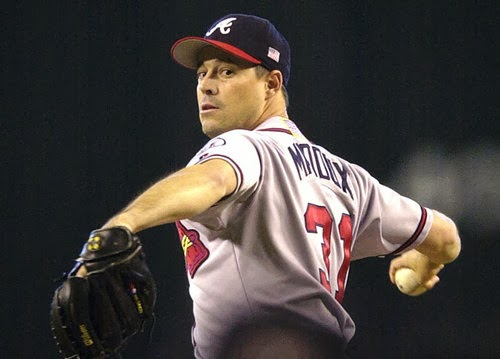 No one is perfect. And in the world of the National Baseball Hall of Fame, no entry is. At least that is the reasoning and rule many baseball writers, and more importantly, those with votes, have operated under for as long as the HOF has been around.

We've heard, read, and seen the ridiculous argument around this notion - Babe Ruth didn't get 100% of the votes, so really, no one should. Stupid. It continues to be quite the asinine benchmark for Hall of Fame voters.

With the official announcement of the 2014 Baseball Hall of Fame class set for Wednesday, this is the focus regarding this year's names and ballot. Yes, the steroid issue still remains a topic with names such as Bonds, Clemens, McGwire, and Sosa (No one will EVER vote for Palmeiro) still on the ballot. However, the idea of unanimous voting as Greg Maddux's name makes its way on there as well should be highly interesting. All baseball fans are simply awaiting the the answer to that question - who did NOT vote for Maddux?


You know it's coming. There will be those few writers who like to play judge and juror with careers by inflicting their opinions on the game to give themselves importance. They nitpick statistics, hold grudges, and overdo the importance of morality on a player's career.

I still think all voters should have to explain themselves on why they voted the way they did. Sort of like Dan Shaughnessy always does. Agree or not, you have to respect his transparency.

Regarding the steroid issue, I find it very, very interesting that the current Hall of Fame is filled with racists, bigots, and men who tried to prevent the integration of baseball, which is one of the greatest things to ever happen to the beautiful game (Cap Anson anyone?), all while vilifying steroid users and "suspected users" as the biggest black eye the game as ever seen. 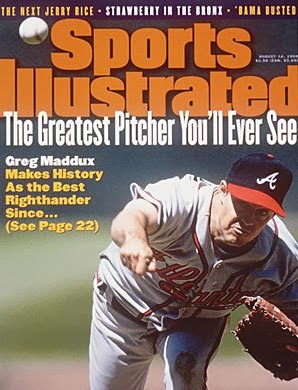 I give credit to those that keep the balloting ego-free, simple, and rewarding. But yet, the  actions and votes of those that idiotically reference the Babe Ruth-rule, and want to flex their egos, make this process arrogant, annoying, complicated, unjust, and flat out, ridiculous.

Until this very day, I still can't believe Cal Ripken and Tony Gwynn were not unanimous on the ballot. Who voted against them? And what the heck was their reasoning? Ca played too many games? Tony Gwynn didn't hit enough?

Tom Seaver still remains the player with the highest percentage of votes. No offense to Seaver, who is surely a Hall of Famer, but by this logic, these writers are stating that Seaver is the best this game has ever seen. Which of course, is far from it.

I find it very, very, very hard for a writer to skip Maddux's name any ballot. Especially on this ballot, if you want to hold the performance enhancing drugs issue against players connected to them. Maddux is a HOF'er in that very PED era. Inflated offensive numbers an all.

How can you not vote for Greg Maddux?

Sadly, I have a feeling someone won't. As usual.

Should surely be interesting in 2018 when Mariano Rivera hits the ballot. Who says no then?

Here are the names up for selection for the class of 2014:


Here is my ballot, you know, if I was important enough to have a vote:


Those that just missed out:


Those who are sliding further and further away from the Hall each year: