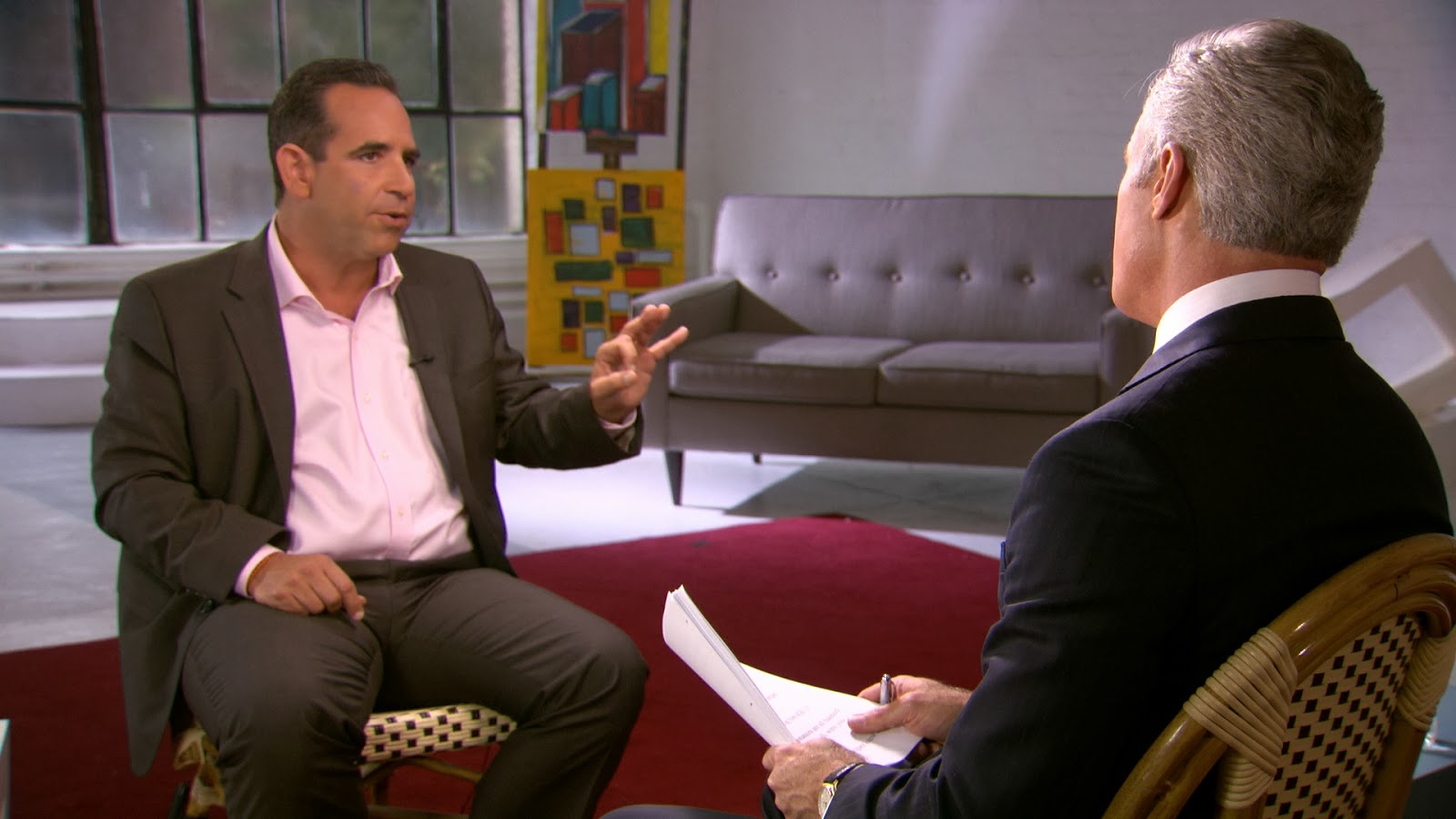 You have to admit, Alex Rodriguez continues to push the bar and raise the level of drama, controversy, unbelievable-ness (should be a word), and flat out head shaking. Again (and possibly forever), he is the most intriguing athlete I've ever seen in my lifetime.

After this past Sunday's 60 Minutes piece featuring a sit-down interview with Anthony Bosch, Robert Manfried, and Joe Tacopina, the veil on this entire case that has been brewing with hidden truths, unanswered questions, and fearful uncertainties were exposed.

It was a well-done interview by the show and one that really progressed the never-ending story of Alex Rodriguez. Here is a few tidbits I took away from the 60 Minutes feature piece.

Forget the steroids, the immense talent, the career turns, and all of the hoopla that is A-Rod. Even after being such a talented guy, A-Rod was still insecure enough to feel he needed an "edge" to perform. And that's AFTER being caught the first time. That in itself remains the biggest tragedy of this entire story.

Alex Rodriguez is a Bad Guy

From Bosch's interview, you have every right to believe A-Rod is a liar, a coward, and an overall bad guy at heart. Not only has he lied once, he's lied yet again about using PEDs. He's even gone as far as having people in his inner circle threaten Bosch when word got out about this latest go-around. Just crazy.

The War on PEDs is Not Over

The most chilling words from that interview was when Bosch called beating MLB's drug testing, the toughest such test in North American professional sports, "easy". If Bosch, a self-educated chemist is able to do so, imagine the many who are out there still providing an advantage to athletes.

Pundits, critics, and experts constantly rip MLB for being behind the times on advancing and adapting. Replay, game-pacing, and marketing are several hit points for many. Yet, MLB is the only organization that is actively looking to curb this drug behavior.

The NFL only seems worried about issues or risks that may cost them money and the NBA is highly in denial that PEDs aren't in the sport. I definitely agree with Bill Simmons who recently stated:


"Why aren't we asking that now with the other sports? What about basketball? Go on YouTube and watch a basketball game from 1977 and see what the guys look like. You really think there are no PED guys in the NBA right now? You've got to be kidding me."

Sure, the investigation got "dirty" for MLB by having to get in the mud with criminals to get to the bottom of this, but kudos to them for getting after it. Something other sports aren't active in.

So now A-Rod, with his back against the wall and finally out of moves, has decided to simply file a lawsuit against everyone. MLB, MLBPA, Yankee doctors, you, me, bloggers, the national deficit, Miley Cyrus, Vince McMahon, and just about anyone else to deter the focus from the facts.

In a more serious note, the lawsuit against the players association is the kicker. Essentially, turning his back on the union that has had his back throughout his career.

I loved Al Leiter's response on The Michael Kay Show (98.7FM here in New York City) when he stated:

He's turned his back on everyone he was once close to, and is now simply left with a camp of jaded, we-like-be-contrarian-minded people, and of course his lawyers. That's a lonely and cold camp.

Mike Francesa is Blind By Love

The fact that Mike Francesa continues to defend Rodriguez is laughable. He already got his fame out of it with the candid interview following A-Rod walking out on arbitration hearings. Yet, he still feels A-Rod is innocent and being unjustly singled out.

Francesa needs to get real.

Speaking of being unjust, it's funny to hear the "he's getting singled out" argument from those who are defending A-Rod. How could one man be innocent among many others who simply settled and took their suspension for being linked to Bosch?

Quite frankly, the Rodriguez defenders are comical. Loudest ones to proclaim the game clean itself up, yet the first to defend A-Rod. Unbelievable.

Is This The End?

If A-Rod sits out this upcoming 2014 season, he will still be owed $61 million over 3 more season from the Yankees. Do they simply cut ties with Rodriguez and pay him the money to rid themselves (finally) of this headache? Does he even attempt to resume his career? Heck, what if the Yankees find themselves a third baseman of the future this year? What's next? What's next for Alex Rodriguez?

Who knows? One thing for sure, when it comes to A-Rod, you know it will be a big deal.