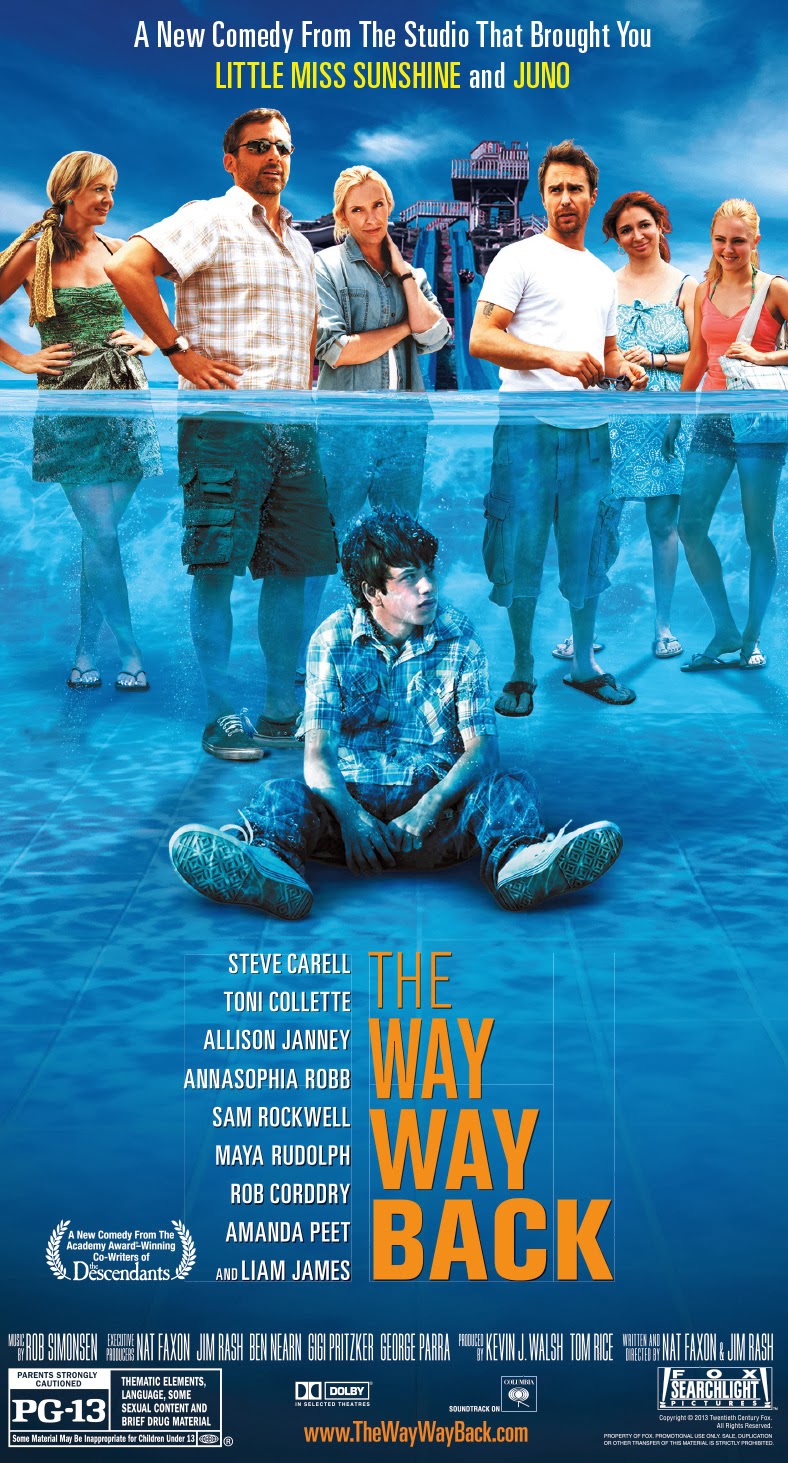 A shy fourteen year old, Duncan, goes on summer vacation with his mother, her over-bearing and insensitive boyfriend, and her boyfriend's daughter. Duncan breaks through and finds happiness during the trip by working at a water park and through a new friend in Owen.

On his first day on the job at Water Wizz, Owen makes Duncan break up a crowd of dancers knowing they will either force him to dance too, or help his confidence in breaking it up. Duncan ends up dancing, becoming liked, and also eventually breaking up the crowd.

I am a huge sucker for movies regarding summer childhood experiences. The Way Way Back is just another one of these films that can be added to this list as well. The film is one that any one can relate to when it came to their adolescence, fitting in, being happy, coming into their own, and of course, having that first kiss. Also, how can you not add in the other element of the over-bearing and no-good mother's boyfriend for those who could relate.

Like most indie films, this film is filled with awesome dialogue that creates distinct characters, evokes emotion, and by the time the end credits are ready to roll, leads to you to root for Duncan in his summer of breaking out of his shell.

The Way Way Back is filled with noticable talent such as Steve Carrell, who shockingly (and oddly) plays an antagonist, cold character in this film, Toni Collette who is always solid, Maya Rudolph, and Sam Rockwell, as Owen, who was remarkably funny.

The Way Way Back is definitely a recommendation for an easy watch and a slightly nostalogic watch of those summers we'll never forget.