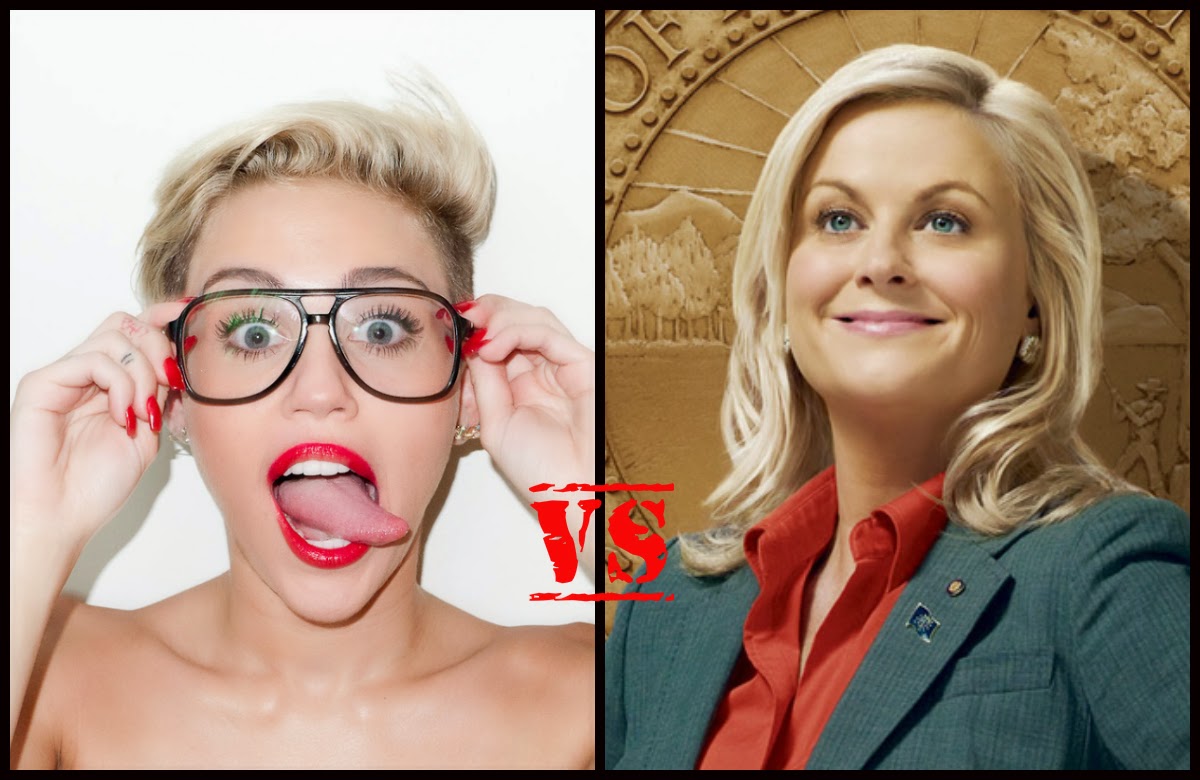 
Better Jeopardy Contestant - Well, Miley Cyrus on Jeopardy just seems like a disaster - for everyone. Intellect and the vibe that is Jeopardy doesn't seem like Miley's scene. However, EVERYTHING that is Jeopardy is right up Leslie Knope's alley. She most likely would have several binders prepared for studying, and possibly would petition and protest one of her answers being called incorrect, and with her will and determination, get it overturned. (Knope 1-0)

Incognito on City Subway - Good luck trying to hide Miley Cyrus on the subway. Especially, much like Alex Rodriguez and Gaga in their first rounds clashes, Miley would welcome the attention via some crazy provocative outfit. Knope would be just another working professional. Knope with the HUGE upset here in the first round. (Knope wins 2-0) 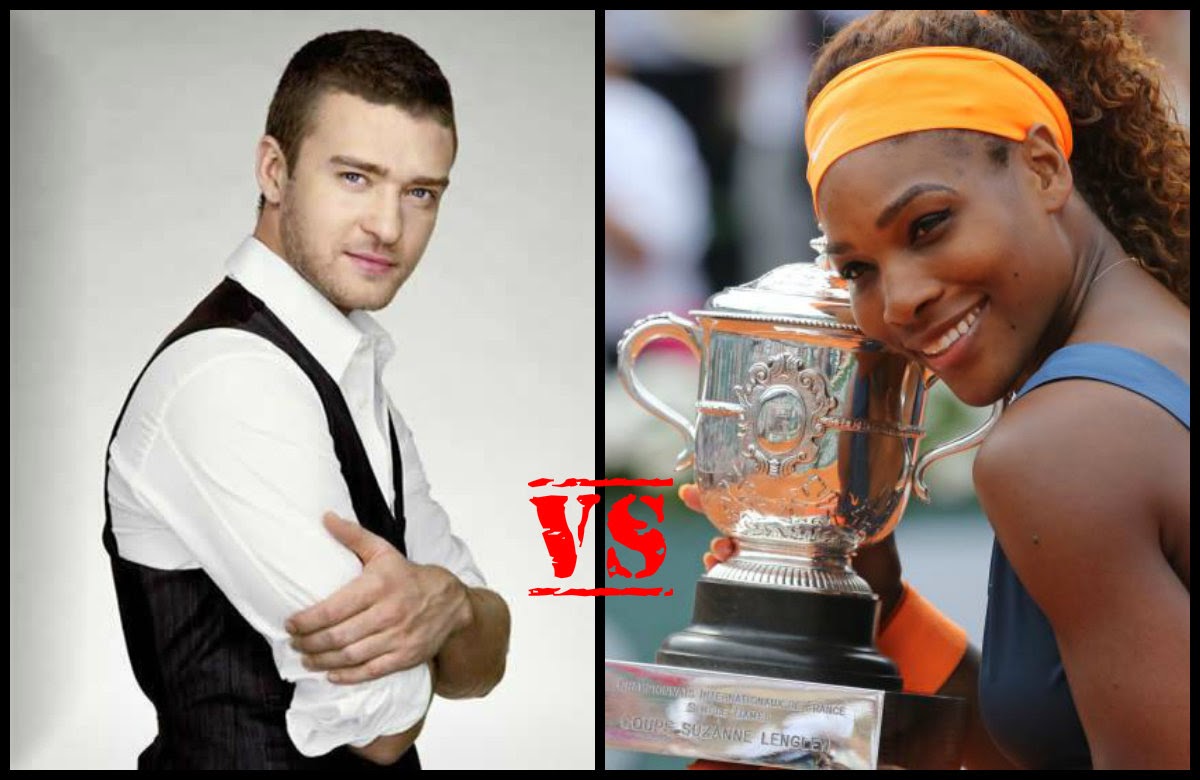 
Better Jeopardy Contestant - This is a tough one, as expected with this match-up. Besides a few cameo on television shows, Williams typically stays away from the public eye outside of her tennis engagements. On the other hand, Timberlake has molded his career into acting, and has slowly become simply a public personality. Because of that, Timberlake would make for the better contestant as his brand alone would be a ratings attraction for the show.

Incognito on City Subway - After the above reasoning, how can I even make a case for Timberlake under this criteria? Sarena is no subway ninja, but the buzz would surely be around JT. (Tied 1-1)

Least Likely to be Caught for PEDs - Have you ever seen Sarena William's workouts? Have you seen her legs? Her biceps? Her arms? Her back? You get the point. She is in tremendous shape, and such a strong woman. Timberlake isn't taking performance enhancing drugs for anything relative to his career. Timberlake wins this one easily. (Timberlake Wins 2-1) 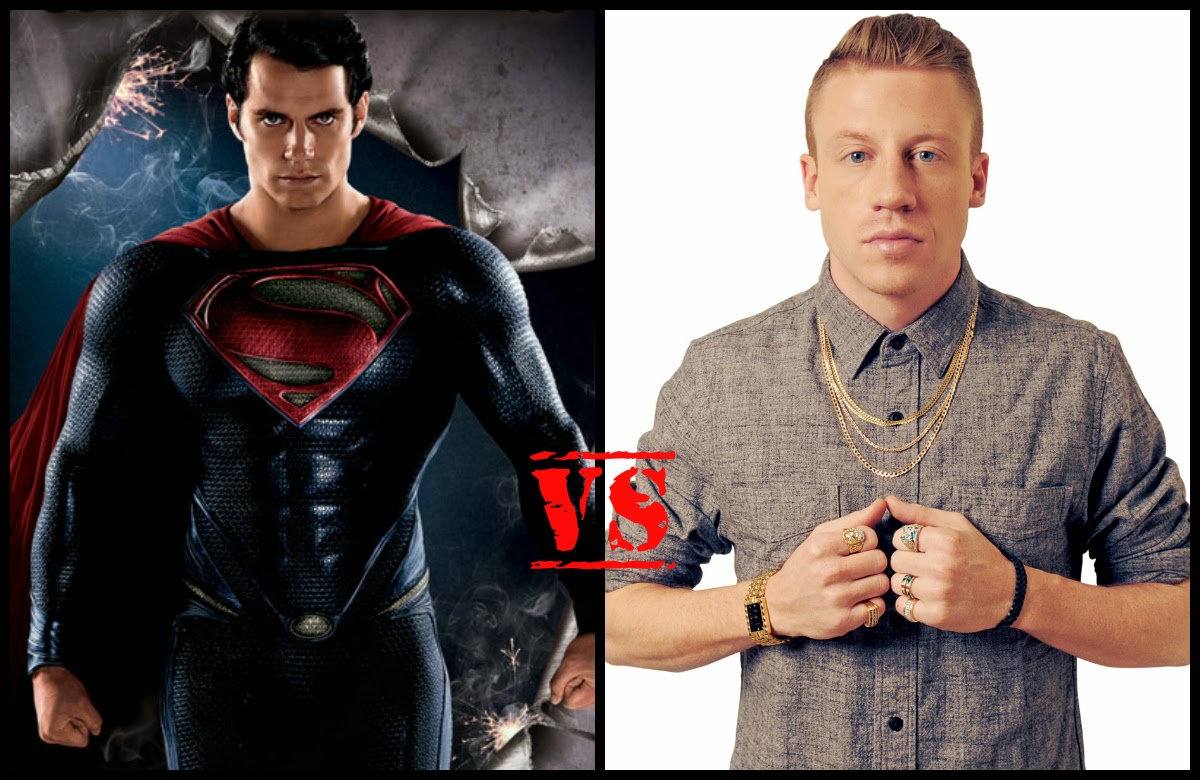 
Better Jeopardy Contestant - I like Macklemore as an artist, and I love the fact that he tackles issues and is true to himself, qualities lacking in the hip hop game. But c'mon...Superman on Jeopardy? Seriously, a dude not from Earth, not human, and not well, normal, against normal, earthly, human beings? Yeah, who isn't watching or DVR'ng that episode? (Superman 1-0)

Incognito on City Subway - Seriously, who isn't recognizing the guy in  the blue, body leotard, the red cape, and the huge "S" on his chest in the subway? Any don't even get me start on the whole trench coat, glasses, becoming Clark Kent ordeal. (Tied 1-1)

Least Likely to be Caught for PEDs - This is interesting. While Superman is well, naturally strong, he would have to test positive for something - anything - on a normal drug test, right? Regardless of whether he "took" anything, his normal body levels have to be elevated. And of course, you know the Daily Planet will run "Superman Busted for PEDs" rather than the truth. Plus, you can't find these high-end drugs at thrift stores...No, no? (Macklemore wins 2-1) 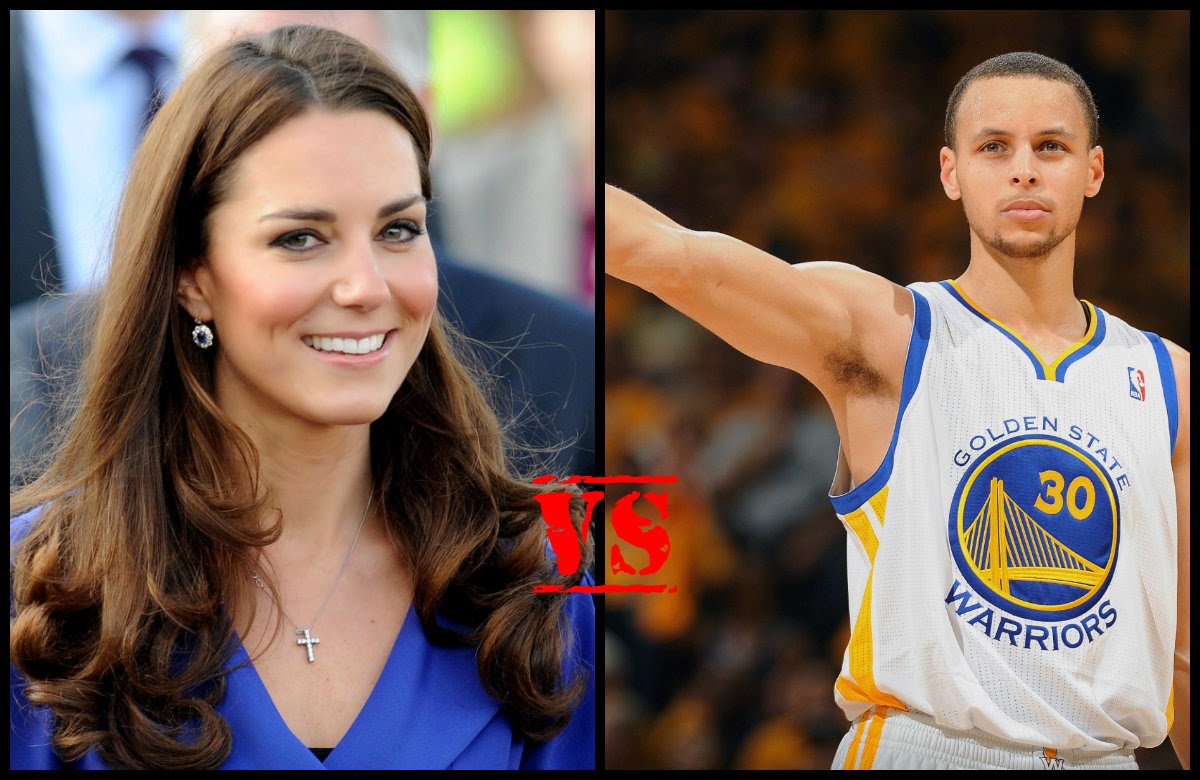 
Better Jeopardy Contestant - Another tough one. This is probably the toughest clash under this criteria in the entire first round. But the money has to be on Middleton as she is world renown, has had great education, and has access to some royal treatment and luxuries. Curry is no slouch either as a Davidson graduate, but it's still tough to compete with Middleton's resources, connections, education, and popularity. (Middleton 1-0)

Least Likely to be Caught for PEDs - This one is also pretty academic. A somewhat undersized professional athlete with a history of a precise injury, or the wife of the Prince of England. Not much to struggle for when it comes to Kate. (Middleton wins 2-1)