Here is the updated tournament bracket: 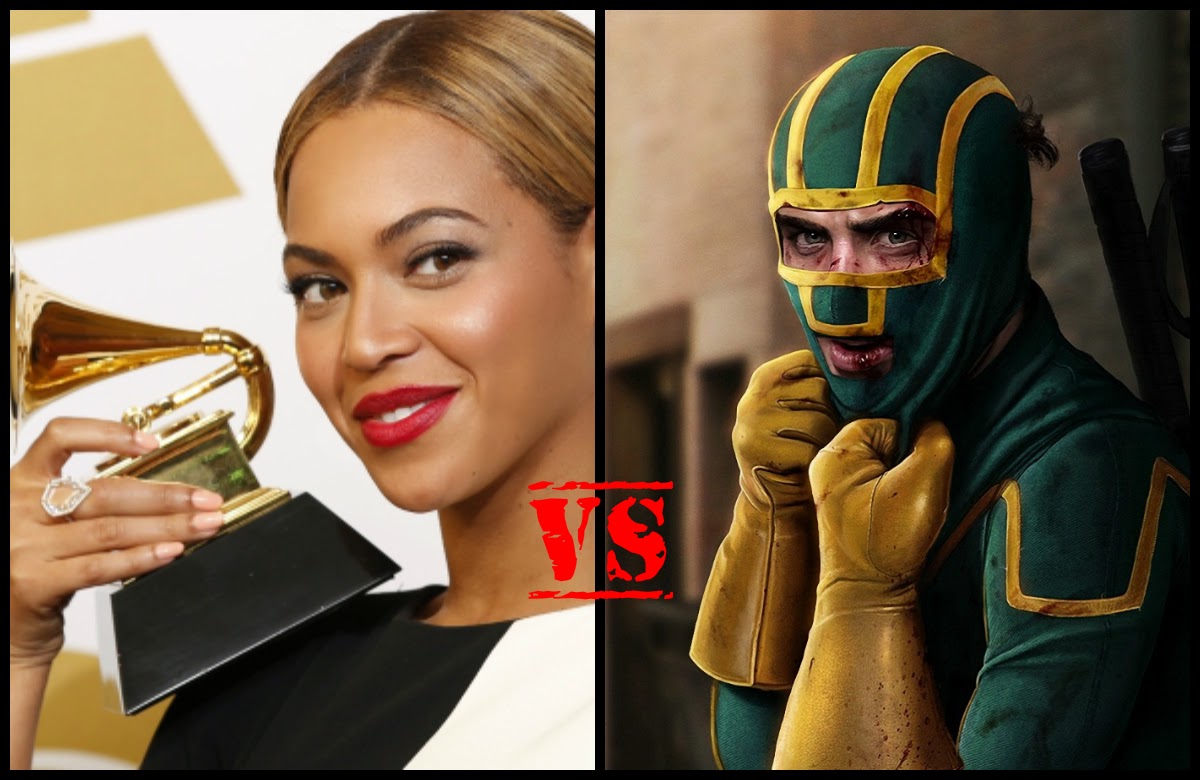 1. Better Jeopardy Contestant - Well this one is interesting. Beyonce rarely dabbles in public issues or affairs, or even put herself in positions where we can enjoy/understand her level of intellect. I'm not calling her smart or even dumb, but it's tough. Why she picks up the win here is because as unknown as she is in this area, Kick-Ass is a high school kid who really was dumb enough to become a super hero with nothing but sheer guts and will. Smarts isn't exactly his deal. DP Devotee, This person won the first criteria in this clash. Ummm, who is Beyonce, Alex. (Beyonce 1-0)

2. Incognito on City Subway - This one is tough. Both stick out like a sore thumb. However, it's pretty darn hard to hide the fact that you are a super hero, especially one wearing a makeshift outfit and construction boots. Dead giveaway? Absolutely. (Beyonce wins 2-0) 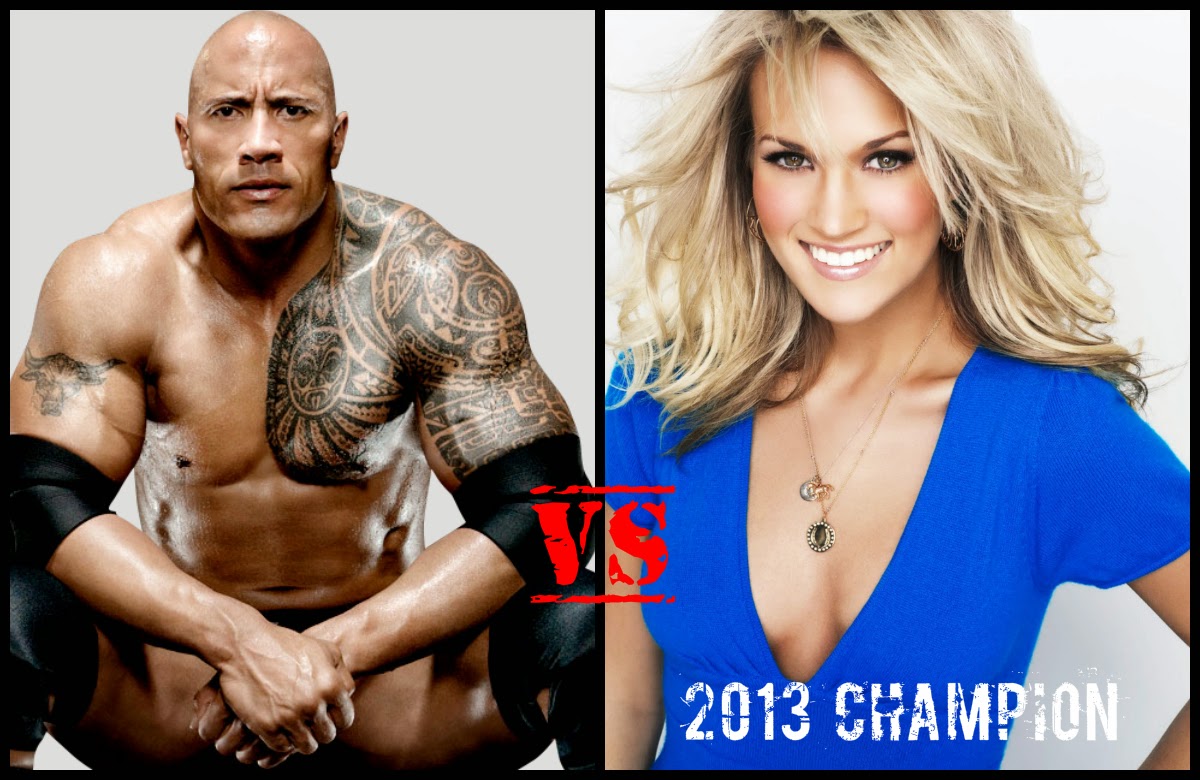 1. Better Jeopardy Contestant - The defending champion is in the house, and already she is being challenged by the most electrifying man in Sports Entertainment. Both are actually very wise, and have college degrees. Something, very rarely seen in Hollywood today. However, as easy as Underwood is on the eyes, you just have to figure The Rock retorting to Alex Trebek would make for a very entertaining episode of Jeopardy. There has to be a, "It doesn't matter...!!" on that episode, right? (The Rock 1-0)

2. Incognito of City Subway - Here comes the champion. Hiding The Rock on any City Subway is tough. Especially as jacked as he is. The man isn't normal. On the the other hand, Carrie could possibly attempt to blend in with the thousands of blondes in many of the cities across the nation. Just keep her head down and keep moving. By far, a better chance to be incognito. (Tied 1-1)

3. Least Likely to Be Caught For PED's - Just look at The Rock. Look at him! Now look at Carrie Underwood. Of course we're not accusing anyone, but who is least likely to be suspected of PEDs? I mean, really! There is your answer. Champ moves on. (Underwood wins 2-1) 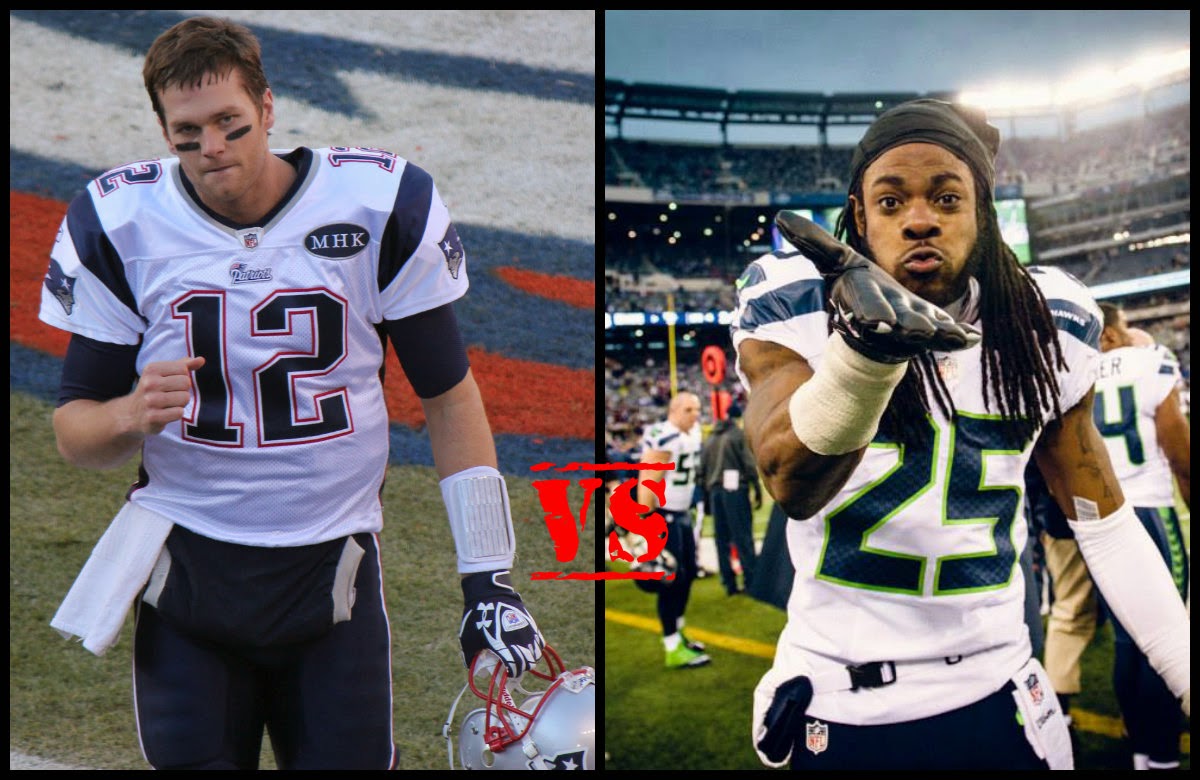 1. Better Jeopardy Contestant - A first ever for the clash, two football stars squaring off. From public perception, one would think Tom Brady would make the better contestant. He's a quarterback. He went to Michigan. He's rather articulate in press conferences. And he's well, Tom Brady. But, regardless of his infamous post-NFC-Championship-game speech, Richard Sherman went to Stanford. STAN-FORD! And yes, he graduated. And umm, he is currently pursuing a Master's at the University. I'l go with the Stanford guy on Jeopardy. Perception sometimes is far from reality. (Sherman 1-0)

2. Incognito on City Subway - As famous as Richard Sherman became this past year, Tom Brady is still, Tom Brady. There is no changing that he is Tom Brady, one of the most famous athletes in our nation. He's tried hiding in the past with Yankee baseball caps and the such, but the tabloids still find him. Because, he is Tom stinkin' Brady! There is no hiding that. (Sherman wins 2-0) 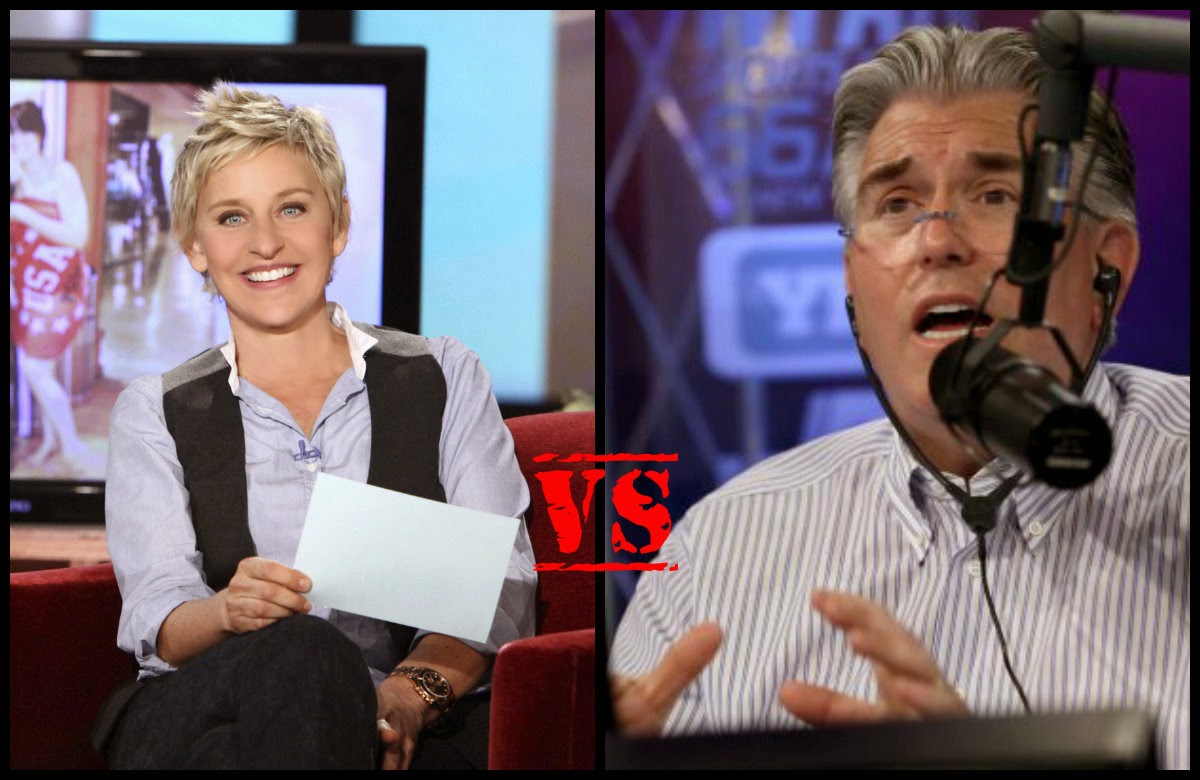 1. Better Jeopardy Contestant - Well, isn't this an interesting match-up? Two notable talking heads for different reasons. Ellen would be tremendous on Jeopardy as she's really entertaining and would probably bring a light-hearted nature to Jeopardy, the kind that typically annoys the always-stern Alex Trebek. On the other hand, Mike Francesa "knows" everything. He believes he does, and when you show him up by calling into his show, he will let you know that right before he waves his hand and hangs up on you. Watching Francesa's ego shrink on a show like Jeopardy, which holds contestants accountable, would be lovely. (Francesa 1-0)

2. Incognito on City Subway - The center of the most retweeted picture in the history of Twitter, or a man who some only know by the sound of his voice, and have no clue what he looks like? Sorry Ellen, "Nuu Yawk's numba one is movin' on, ok!" (Francesa Wins 2-0)