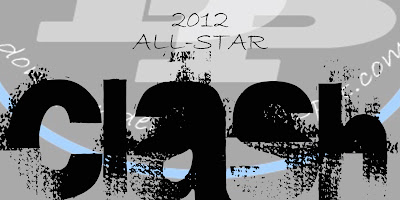 Never say never! Ok, I'm done being goofy. On a (slightly) serious note, there is no way that Steven Seagal advances in this clash, right? After all, there is a reason he is an eight-seed. However, let's look at it this way, what can stop Steven Seagal? Have you ever seen one of his terrible movies? This duel would obviously have the powers that defend and fight for Just Beiber take up his cause - teenage girls. You can send them all (seriously, all of them!) after Steven Seagal with weapons, heavy artillery, and even weapons of mass destruction, and Seagal will somehow, someway, escape with a victory. And yes, he'll even deliver a cheesy line after he destroyed them all. Never, say never? Seagal just proved it in this round.

Result: Seagal with the upset. 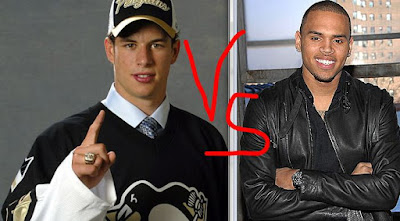 Chris Brown is a bad, bad man. Of course if he fights woman. Despite being a dirtbag, Brown is super talented and is well-known all over the world. On the other hand, Sidney Crosby is a super skilled athlete, and probably the best player in hockey. However, no one watches hockey. Unless of course you are Canadian. Sadly, these two guys can walk into Times Square and most people would think it's Chris Brown and some other guy. That pretty much sums up this one.

Anyone remember when Lady Gaga was somewhat normal? Yeah, it has been that long. Almost doesn't seem like she was ever normal. Yet, despite her awkward dresses, weird ways, and controversial political views, Gaga has a terrific voice and is very creative. However, I have no interest - ever - in meeting or hanging out with Gaga. Honestly, if you had the chance, how many of you really would want to?

As for Mr. Worldwide, his work is enjoyable, and overall he just seems like a guy that is completely opposite of Gaga - fun.

Gaga is just hit or miss with too many.

Kevin Arnold is the man. I grew up watching and thinking along with the decisions and life's intricacies that Kevin faced. Ahhh, those wonder years. In fact, I kind of still do with this blog! Kevin was intelligent, curious, and had an awesome friend in Paul, and of course, the very authentic character of Winnie Cooper to chase after. That Winnie Cooper always was confusing...

Yet, we're talking about the greatest fictional character in video game history. The man outshines his other plumber brother. Has an awesome pet in Yoshii, a cool friend in Toad, a hot "significant other" in princess, plays every sport (especially tennis), and of course drive a seriously cool Go-Kart that can evade traffic by shooting banana peels.

Heck, the man alone is a multimillion dollar franchise!

If that wasn't enough, how many of us wouldn't like to eat a mushroom and grow, have several lives, or even speed through our work day after receiving a star?

Sorry Kev, but I think even you would want to be Super Mario. And let's be honest, the man is in the Star World bracket. That's just tough to beat.