September 14, 2012
Just like any sport, movie, or form of entertainment, pro wrestling has produced many memorable characters, moments, and eras that fans hold dearly. The memories, debates and discussions that have formed over the years have caused all of us to at one time fantasize about our dream scenarios. We all have them. And yes, we all have our dream matches, even if they will not ever happen. The following Pondering 10 list takes a look at my top pro wrestling dream matches, with of course, all of the participants being in their prime. 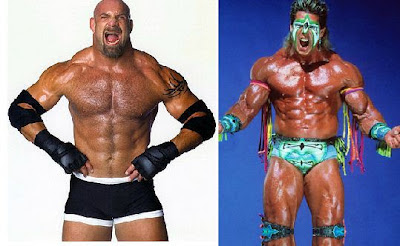 10. Goldberg vs. The Ultimate Warrior - Now I know some of you are like, "really?" But come on, I'm not looking forward to this one for any type of in-ring showcase. In fact, I think the mere unconditional rage from the two, the uncharted bantering and useless ranting in their promos, and the over aggressive style from both is simply worth the interest. Honestly, this match could, and would be a train-wreck, but I simply believe the back-and-forth promos between these two would be priceless leading up to this match. I'm actually laughing now just thinking about it.

9. Dudley Boyz vs. Road Warriors - Two of the most decorated tag teams to ever grace a wrestling ring. Both teams have captured titles all over the world, in almost every promotion known to a wrestling historian. Plus, the sheer styles of both teams would make this a hard-hitting affair. Would love to see this match be a no DQ match.

8. John Cena vs. Hulk Hogan - Prayers and vitamins against hustle, loyalty and respect. Hulk Hogan remains the biggest name to ever come out of the world of professional wrestling. And that is with all due respect to The Rock. Hogan epitomized the biggest fan-favorite icon from the 80's and 90's as the quintessential never-give-up roll model, and quite honestly, it is the same roll we see John Cena in during the 2000's and this current decade. Both always play up the kids, wave the American flag, and always seems to have their theme song playing to close out every show. This would be simply great as we know one of them would have to lose. But, who? 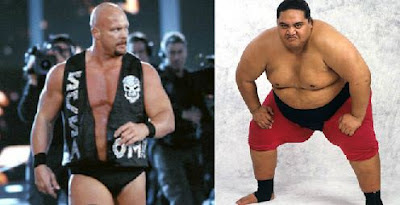 7. "Stone Cold" Steve Austin vs. Yokozuna - Austin is well known for a lot of things, but his in-ring work often gets overshadowed by his cult-like gimmick. And as for Yokozuna, the guy was massive (500lbs massive!), rest his soul, but the big man could really move. If this list were a pay-per-view, I could see this match easily being of the of the few to steal the show as both men could bring it. 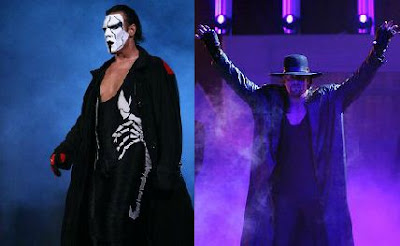 6. Sting vs. The Undertaker - I'm sure this is on everyone's list. Every wrestling fan probably has dreamed of this one. The sheer legend of both wrestlers would make this match. From Sting being probably the only wrestler to never step foot inside of a WWE ring, and The Undertaker, of course, being one of the pillars of what has made the WWE the giant machine it is today. And of course, the countless transformation both have taken their gimmicks in their career. The parallels of both careers is there and so is the mystique. Too bad, this one will only be a dream. 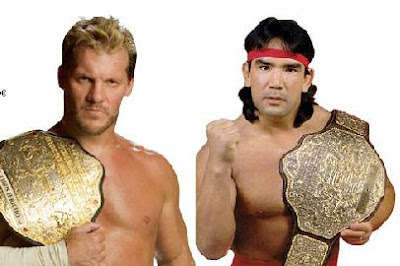 5. Chris Jericho vs. Ricky "The Dragon" Steamboat - Now I know the smart fans are going to say, "this match did happen!" Well, yes, except it happened when Steamboat was 50-plus. And quite honestly, these two still tore the house down at Wrestlemania. I just wish there was a way we could see both in the middle of their prime. That match would be sick. 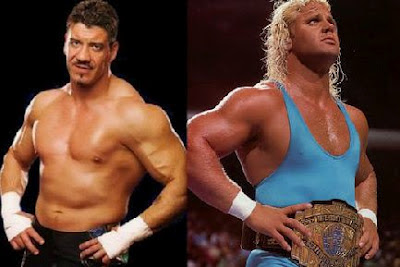 4. Eddie Guerrero vs. Mr. Perfect - Speaking of tearing the house down, here are two guys that are so often underrated on their talents and their contributions to the industry. Mr. Perfect is in my list of top five favorites of all time, and quite honestly, was probably the greatest wrestler to never win the World title. Eddie Guerrero, unfortunately, had to deal with the politics of WCW before his talents were recognized later on in the WWE. Both men would have had an awesome match for sure. And I'm sure the promos leading up to it would have been just as good. 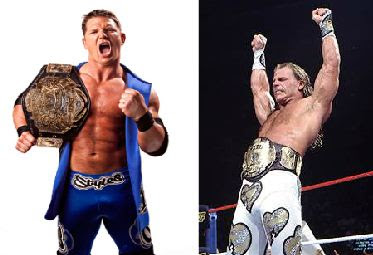 3. AJ Styles vs. Shawn Michaels - That simply says it all and speaks for itself. The best overall in-ring performer in WWE history against the same in TNA. Both are freakishly athletic. And both rarely, if ever, have terrible matches, and are always - ALWAYS - going to leave every fan talking about them at the end of every show or event. This would be unbelievable.

2. "Macho Man" Randy Savage vs. The Rock vs. Ric Flair - This triple threat would be full of athleticism and psychology. However, let's be honest, how awesome would these three be in four weeks of promos and buildup to this match? You can already imagine each unique voice and style delivering line after line insulting their opponent and putting themselves over. Would make for some fun TV. 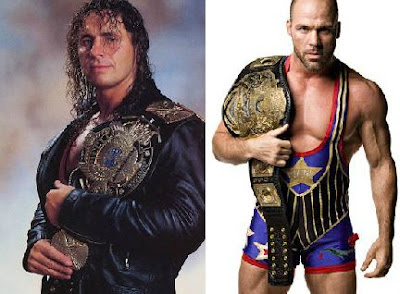 1. Bret Hart vs. Kurt Angle - These two in their prime would be the absolute pinnacle for a pro wrestling fan that loves technical wrestling. These two could probably chain wrestle for hours and I wouldn't get tired of it. The submission moves, the counters, and the overall story of this match might be the greatest ever. Seriously, ever. And imagine the buildup: Olympic United States gold medalist vs. the Canadian Hero. How about if it were a submission match? The sharpshooter vs. the ankle lock. If only there was a time machine...