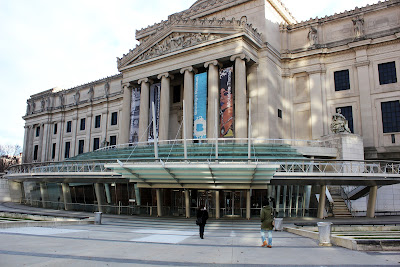 The date on my phone said November 24th, and it was indeed that day. It was the birthday of my tag team partner, and the day that she decided to cash in her "anything I want to do" card. After not claiming the opportunity in 2011, she decided to not miss out this year.

So, as she stated the night before, "it begins at 9:00am", I rolled out of bed at 10:37am awaiting direction from the birthday girl, and the ruler of the day.

Shockingly, the day began with her making pumpkin pancakes and bacon for breakfast. Yes, she made breakfast and not I. While I would've gladly done so, she wanted to cook, and well, it was her day. So I simply settled for helping and washing the dishes. You know, the stuff she didn't want to do.

The original plans were for us to head up the Bronx to spend the day at the Bronx Zoo, something she has been looking forward to the entire year. However, due to the cold and windy weather, a phone call informed her that many of the animals would not be on display. With my wife being the ultimate optimizer in her tasks, that pretty much elimnated the zoo from the plans.

So as I sat waiting for direction, she eventually decided on visiting The Brooklyn Museum. So off we went to a place I haven't been to since my years in grade school for field trips.

[sideblog: Yours truly actually had fifth grade artwork displayed in The Brooklyn Museum. Pretty much the pinnacle of my art ability]

So we embarked to the museum in what was a really good time. I'll admit, it's not often I enjoy art, artifacts, and other things that expands the mind and the imagination. There were many cool things, among them a piano that played by itself.

Following our tour of becoming cultured, we headed for a 6:00pm reservation at a Colombian restaurant we wanted to try out for awhile, Bogota Bistro. The Bogota Bistro was awesome with a full array of anything Latin and Spanish, including food, drinks, and beer from Columbia, Mexico, Argentina, and on, and on, and on. 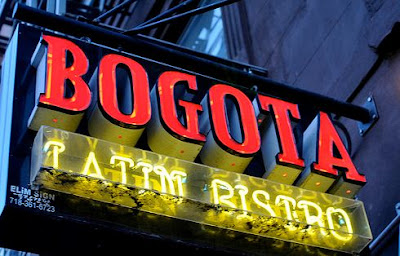 My wife settled for four empenadas with a guava margarita, while I chowed down on plantain crusted chicken with mango barbecue sauce with sides of cilantro mashed potatoes and sweet plantains while washing it down with a Colombian beer named Aguila. 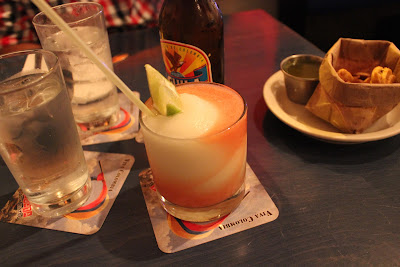 And of course, chorros for desert.

Following the lovely meal, we headed home and capped off the night watching countless episodes of Law and Order SVU and of the Big Bang Theory.

A day of actually being selfless and making your significant other happy usually carries a subtle groaning feeling.

Oh boy, here we go. I'll just take one for the future.

Sure, I missed the USC/Notre Dame game, countless college basketball games, or some movie I've seen thousands of times, only to be excited to watch it now that it's on television.

I expected a lot worse. Maybe a day of shopping, Interior design magazine observing, or even a full day adventure of browsing around Manhattan.

Every man's nightmare. The horror.

However, a day like this was not as bad as I expected and much better than I ever thought it would be.

Or anything else I would've done.

We'll keep this on the list for next year too...and I urge others to try it as well.